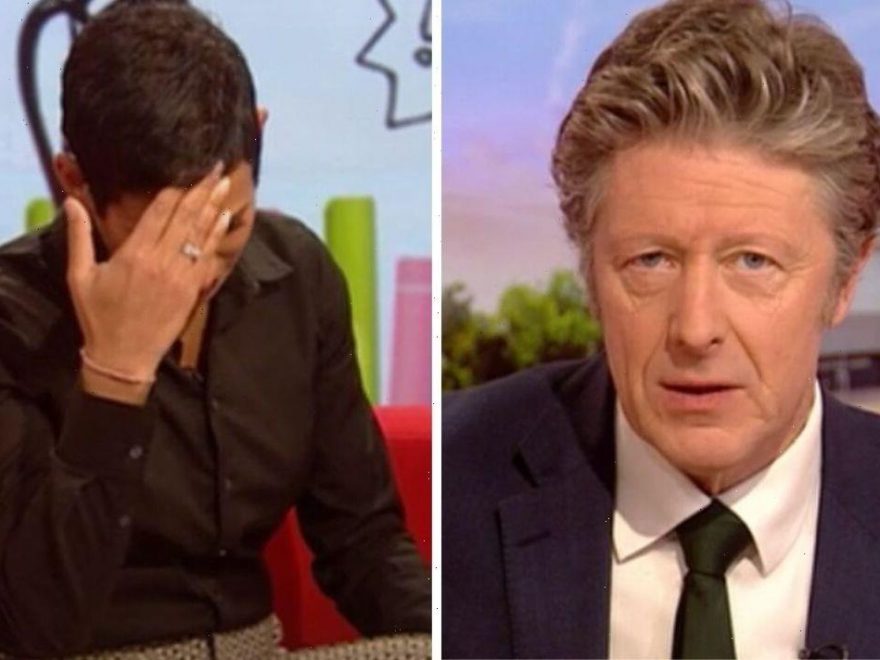 Naga Munchetty shut down Charlie Stayt as they chatted with Tom Fletcher about his new children’s author competition. The McFly star explained to the BBC Breakfast hosts that one of the prizes for the competition was a rare orange Blue Peter badge. However, things took an unexpected turn when Charlie quizzed his co-host on whether she had a badge.

Naga looked awkward and refused to answer how she obtained her iconic Blue Peter Badge.

The presenter began by asking Tom how he received his, to which he replied: “I was literally just handed one, although I do have a little collection at home because we’ve been on Blue Peter over the years.

“And whenever people come into the house, that’s the one thing they look for.”

He continued: “The orange ones are really rare because they only go to competition winners.

When asked by Charlie whether she had a badge, Naga simply replied: “Yes.”

“What did you get one for?” Charlie quizzed before being instantly shut down by Naga.

“No,” Naga shouted as she appeared to get awkward. “Let’s move on.”

As Charlie probed further, Naga laughed: “No, I didn’t steal it.”

Naga proceeded to put her head in her hands as she asked: “What is going on? This interview is about you.

“This is an interview about you know, now look, I am going to do something I never do, I’m actually going to look at the questions on the script just to get out this conversation.

BBC viewers also took to social media to question why Naga got her Blue Peter badge.

Ian Henley tweeted: “@BBCBreakfast YES! We DO want to know what Naga’s Blue Peter Badge is for..! PLEASE!”

“Why did Naga get the Blue Peter Badge???” user @Glazersout79 asked.

While Iain Geddes replied: “And why did she get so defensive/embarrassed when questioned on it.”