Naga, 45, and Jon, 51, were back on hand to oversee proceedings on the first-weekend edition of BBC Breakfast, discussing all manner of headlines. The BBC journalists were rather taken on a story about the impact of street art on British city landscapes. They watched as their colleague conducted an interview with an individual who had recently had their portrait sprayed onto a wall outside a resident’s association in north-west London. However, reflecting on the report, Jon left his co-host somewhat dumbfounded when he made a remark about his own image being immortalised as a mural.

After seeing the street art of pensioner June, Jon said he thought it was an “absolutely fantastic” piece of work.

“That’s great. I think June is being very modest saying there are too many wrinkles. I think it looks great,” Naga added.

The presenter then told her co-star: “No one likes their picture, do they? You know, when your picture’s taken.”

This was the moment he then made his admission by explaining: “The idea of walking outside my house and seeing a giant picture of me on the wall is horrific.”

Naga was taken aback by the comment and replied the idea of seeing his portrait as a mural “frightened” her. 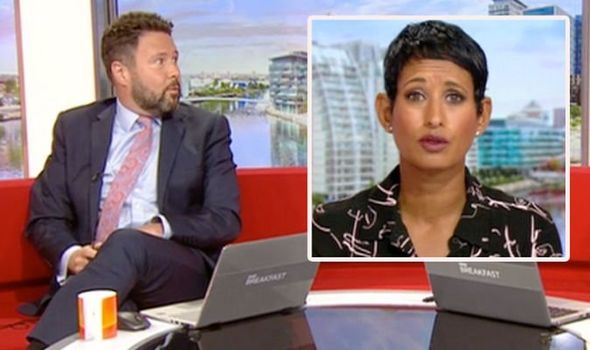 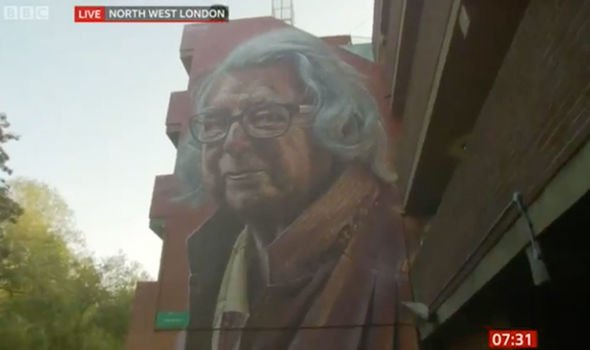 The moment was all in jest as both presenters had a good old laugh before carrying on with the rest of the show.

Before watching the interview, Naga expressed her interest in the art form which is becoming increasingly popular.

“I’ve always liked street art – obviously it has to be done so it’s not damaging but I think it brings so much spirit to a place,” she explained.

Jon agreed as he added: “I live in Bristol, home of Banksy originally, and it’s everywhere. It does brighten the place up.” 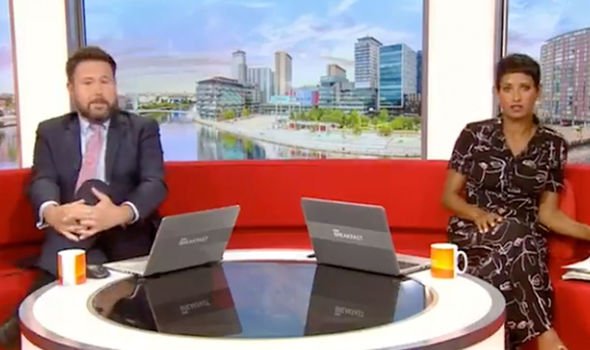 Away from the studio, Naga has been enjoying being back on the golf course as she has shared what she’s been up to on social media.

In view of her 33,900 followers, the presenter posted a picture of herself and three of her friends on the green.

Captioning the image, the journalist wrote: “Got our butts kicked but having a fantastic time in the sunshine! #lovegolf.”

Some of her followers responded to the post as one replied: “The smile at the end, is the important thing Naga and you certainly have that. Have a good rest of the day.”

Another added: “As long as you did your best that’s all that’s required,” with a third writing: “If you’re going to lose what better place or weather.”

“Naga I need to know your secret. Up for Breakfast with Charlie and then a round of golf. You and all the crew must be superhuman,” a fourth remarked.

Earlier this week, Naga sat down for an emotional interview with Sir Captain Tom Moore, 100, which saw the war veteran open up about his life.

The charity fundraiser was overjoyed at seeing the journalist in the flesh after speaking with her via video calls throughout the pandemic.

Those watching at home were in admiration of the presenter talking to Captain Tom about such topics like the loss of his dear wife.

Taking to Twitter, viewers commented on the interview with one writing: “What an amazing, devoted man. A real gentleman and first-class human being.”

Another added: “I loved this, my favourite bit was when he said he’d like David Beckham to play him in a film about his life.”

Whilst a third posted: “Such an amazing human with a beautiful soul. Inspiring,” a fourth remarked: “I just adore this man. What a top gentleman he is.”