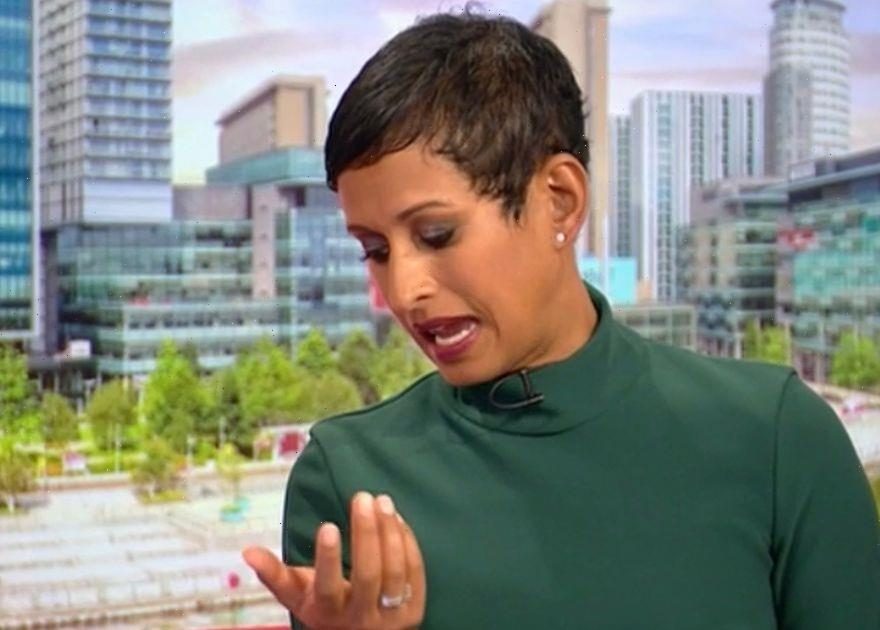 The BBC presenter made the unfortunate mistake whilst hosting the flagship news show on Saturday morning (April 30) alongside her co-host Ben Thompson.

She was speaking to viewers about the news that tennis star Boris Becker had been jailed on Friday afternoon after hiding £2.5million worth of assets and loans to avoid paying off debts.

The six-time Grand Slam champion was found guilty of four charges under the Insolvency Act and has been jailed for two and a half years.

However, Naga suffered an unfortunate blunder which made it sound like prime minister Boris Johnson had just spent his first night behind bars, instead of the tennis star.

"He was sentenced for two-and-a-half years for hiding assets to avoid paying debts."

He co-host Ben handed over the reigns to to sports presenter Mike Bushell to get more context on the story.

A second said: "Was that a Freudian slip from Naga Munchetty “Boris Johnson spending his night in prison"

A third agreed: "So Naga Munchetty also said Boris Johnson has gone to jail when referring to Boris Becker. Is this Freudian?"

A fourth added: "Not helped when Naga on BBC breakfast actually said Boris Johnson rather than Becker had been jailed with no correction."

Naga failed to correct the Boris-blunder before handing over to Ben, where the show continued as usual.

Charlie often hosts the show with Naga Thursdays to Saturdays, but the presenter was missing from the broadcast.

As well as presenting on Breakfast, Naga hosts her own Radio 5 programme Mondays to Wednesdays.