EXCLUSIVE: Netflix has assembled the cast for My Life With the Walter Boys, its coming-of-age romance series based on the popular WattPad novel by Ali Novak, which has nearly 80 million reads. 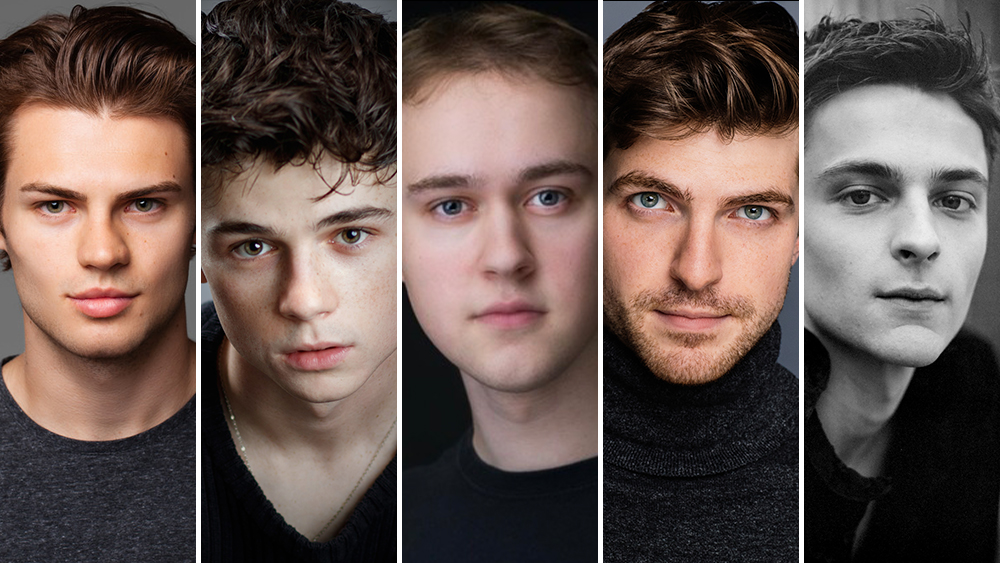 Nikki Rodriguez (On My Block) is set as the lead Jackie Howard in the project, with Suits alumna Sarah Rafferty and Marc Blucas (Swagger) as the Walter parents and Noah LaLonde (Asbury Park), Ashby Gentry (Are You Afraid of the Dark?), Connor Stanhope, Johnny Link and Corey Fogelmanis  as five of the titular Walter boys. Zoë Soul and Jaylan Evans round out the series regular cast of the 10-episode series, which has begun production in Calgary. 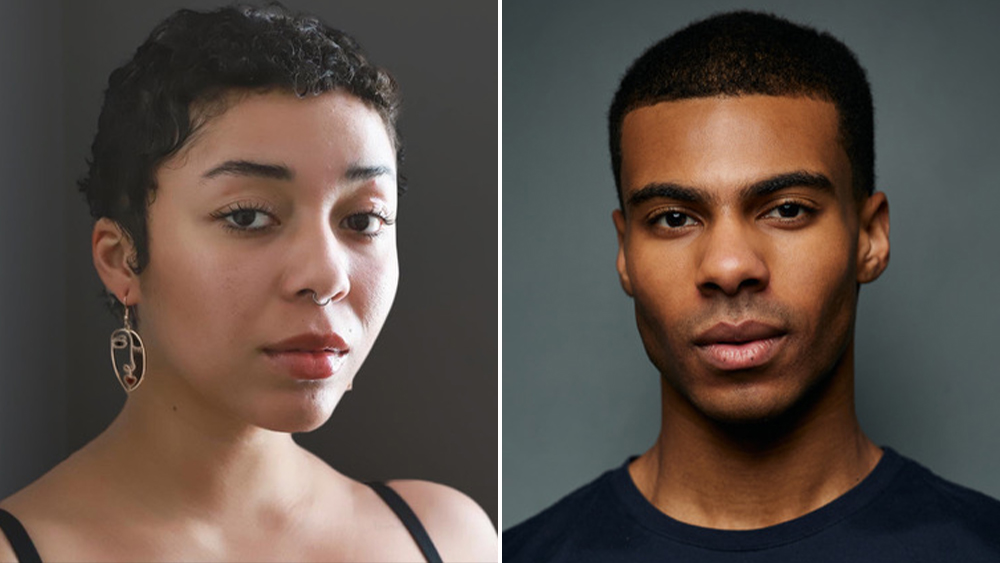 Created by Melanie Halsall, My Life With the Walter Boys centers on Jackie Howard (Rodriguez), a 15-year old Manhattanite who, following the loss of her family in an accident, has to learn to adapt to a new life in rural Colorado with her guardian — and 10 very rowdy boys.

Halsall serves as showrunner and executive produces with Ed Glauser.

Here are details about the series’ characters:

Nikki Rodriguez’s Jackie Howard is a girl from a well-to-do New York Upper West Side family. She’s a true Manhattanite – sophisticated, theatre and ballet loving, latte-drinking. Jackie’s preppy and groomed rather than fashion-forward. She’s also super bright and very motivated, and up to just before we meet her, she attended an exclusive private girl’s school on NY’s Upper East Side. She’s a little more innocent than you might expect, not shy or a prude but is focused on her studies and future rather than drinking, partying or meeting boys. Jackie sees herself as a mature New Yorker, an AP student on the fast track to Princeton — then her life went all to hell when her parents and sister died in an accident. She has been taken in by her mother’s old friend, Katherine Walter — only Katherine lives in a big chaotic house in Colorado with 10 kids, 9 of them boys, 2 of which take a romantic interest in her. Taken from the Upper West Side of Manhattan and dropped onto the upper West Side of the Continental Divide, Jackie is a little overwhelmed by her new life, but she keeps her eye on the prize: she will get back to the East Coast and to Princeton and will not permit herself to be distracted by any of — all this. Or will she?.

Noah LaLonde’s Cole Walter, is the perfect All-American Boy,  blonde, tall, gorgeous, muscled and fit. He’s the most attractive and athletic of the Walter boys and is a typical Jock. He should have been captain of the football team this year, but instead, he’s lost his place after suffering a skiing injury earlier in the year. With his football career and dreams of a college scholarship in tatters, Cole has lost his way a little and his grades have plummeted. This hasn’t diminished his star power; everyone still wants to be Cole or be with Cole. He and Erin have an on-again, off-again relationship, which suits Cole, who doesn’t want to be tied down. Until Jackie arrives.

Ashby Gentry’s Alex Walter is the polar opposite of his big brother Cole, a devotee of fantasy novels, Star Wars and gaming. Alex is sweet, reliable, kind, open and easily hurt. He’s a dreamer and an undeniable romantic, and his ranch upbringing has fostered a developing talent for horsemanship. We’ll come to learn that he’s just getting over a broken heart and harbours some serious resentment towards his older brother. Alex shows Jackie some gentle gallantry that hints at his romantic interest.

Sarah Rafferty’s Dr. Katherine Walter is a veterinarian by trade (and an artist by choice). Katherine is warm, kind, resilient, intelligent and capable. She is the mother of 8 kids – 7 boys and 1 girl. Katherine used to be best friends with Jackie’s mother — and promised to always be there for the family, so when Jackie’s parents died, Katherine was named her guardian. A woman who is comfortable handling all kinds of chaos (including the emotional kind), Katherine is sometimes a bit overwhelmed by the extent of Jackie’s needs but is determined to meet them.

Marc Blucas’ George is a big bear of a man, a Western rancher who exudes warmth and well-being. A man who already lives in a sprawling house with several equally sprawling, good-looking kids, George can seem gruff and is a man of few words, but he is a kind and open family man above all and is as happy to take Jackie into his home as Katherine is. His door is always open to anyone that would need it. George’s nephews, Isaac and Lee, also live with the family.

Connor Stanhope’s Danny is Cole’s fraternal twin brother, but they couldn’t be more different. Danny operates more under the radar – and that’s how he likes it. Thoughtful to the point of overthinking, Danny is quiet, considerate, and well-read. He loves theatre and is most comfortable when he is performing on stage.

Johnny Link’s Will Walter is the oldest of the Walter children. Will has been hard of hearing since birth and wears hearing aids. He’s warm and friendly to Jackie and quickly welcomes her into the fold. A college graduate now working in real estate, Will is struggling a little to really find his place in the world but is optimistic, enthusiastic and always ready to try something new. He lives with his fiancé, Hayley, above The Lark Café.

Corey Fogelmanis’ Nathan is the cool but quiet musician of the family. He’s often seen strumming a guitar. Decent, kind, thoughtful and empathetic, he is an early ally of Jackie’s.

Zoë Soul’s Haley Young is clever, fun, determined, practical, warm and friendly. She works at The Lark Café while studying for her Master’s degree and is great friends with Tara Joseph, Jackie’s school counselor. Hayley lives with Will and plans to marry him.

Jaylan Evans’ Skylar Summerhill is stylish, open, thoughtful, driven and confident. He aims to be valedictorian and become a political journalist one day. He is Grace’s best friend, and like Grace, he instantly adopts Jackie as a friend.

Dean Petriw’s Jordan Walter is an aspiring wildlife film director, and he’s much more focused on what’s going on in front of the lens than any family drama taking place off-camera.

Lennix James’ Benny Walter is the youngest of the Walter clan at 5 years old. Benny has a lot of energy — so much so that you never know when you’ll find him underfoot.

Alix West Lefler’s Parker is a mischievous, sporty prankster. Parker is the only other girl in the Walter extended family, and she’s not at all happy that she’s going to have Jackie as her “big sister.”

Alisha Newton’s Erin is the most popular girl in school. Driven, intelligent, competitive and ambitious, she has her eyes on the prize and needs to do well in order to get a scholarship to a good college. She and Cole have an on-off relationship, and Erin is smart and sensitive enough to know that her grasp on Cole’s heart is iffy at best.

Ashley Tavares’ Tara is a kind, dedicated and overworked school counsellor. Though at times harried and forgetful, she genuinely cares about her students. Usually unlucky in love and tired of the dating apps, she starts to fall for the new English teacher who’s just arrived on an exchange program from Canada.

Moheb Jindran’s Nikhil, the charming English and Drama teacher at Silver Falls High on an exchange program from Canada. Nikhil is flirtatious with Tara, with whom he shares a definite spark.

Ellie O’Brien’s Grace is a confident, homespun type girl from a strict background. Grace instantly adopts Jackie as a new friend — and is stunned to learn that she is now living with all those Walter boys.

Mya Lowe’s Kiley is Alex’s best friend in high school and shares his love of gaming. Kiley works at a couple of jobs in town as she needs the cash to help her single mom and little brothers. Everyone likes Kiley; she’s sardonic, laid back, solid, dependable and sensible and completely in love with Alex (although she’d rather have her fingernails ripped off than admit it)

Gabrielle Jacinto’s Olivia is Erin’s best friend. Eager to please and easily lead, Olivia loves being in the cool-kids group but secretly knows she’s not that cool. Olivia is well-meaning but often a little misguided.

Rodriguez is repped by Momentum Talent and Literary Agency and Nelson Management. Rafferty, who has been recurring on NBC’s Chicago Med, is repped by Greene Talent, Charlton Blackburne Management and attorney Jeff Bernstein. Blucas, most recently seen in Netflix’s Narcos: Mexico, is repped by Paradigm and Stankevich Law.

Johnny Depp Back On Stand For Day 2 Of Testimony; Livestream + Full Coverage 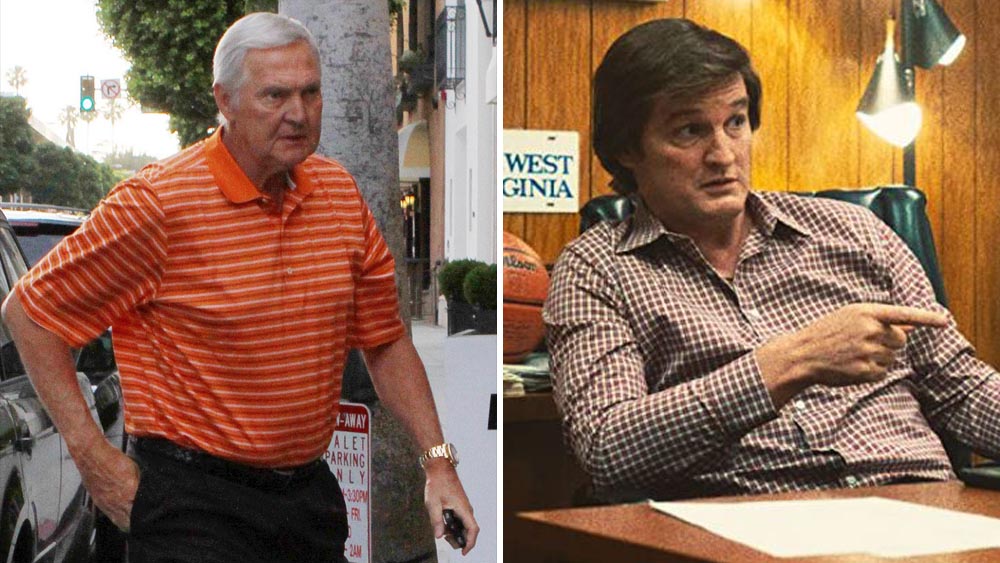