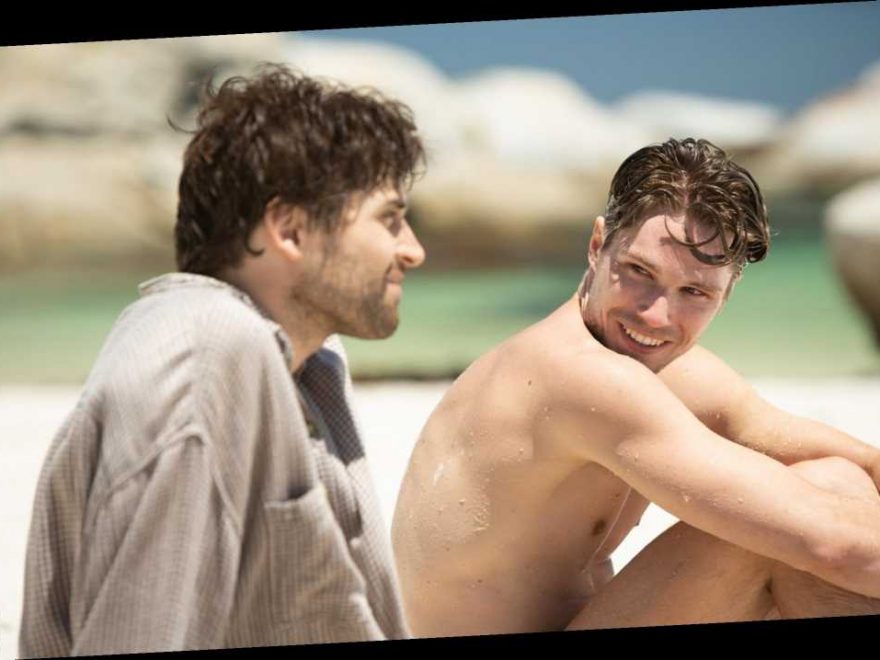 There is no more delicious agony than the one felt when you’re sitting millimeters from your crush, wondering who’s going to make the first move, or if someone will at all. That unbearable, painful erotic tension is more or less the sustained mood of Oliver Hermanus’ shimmering and sensual military drama “Moffie,” which is easily the best movie about gay male repression since “God’s Own Country.” Set in 1981 South Africa at the apex of the South African Border War, the film’s story of gay unrequited desire turns out to be a casing for something far more lethal in its marrow.

“Moffie” is Afrikaans slang for “faggot,” and the film, which is based on André Carl van der Merwe’s autobiographical novel of the same name, attempts a bold gesture in reclaiming epithet as an emblem of power. It’s 1981, South Africa, which means it’s not okay to be a “moffie”; effeminacy is a sign of weakness, and being gay is also illegal. It’s also a moment of compulsory military conscription that all (white) boys over the age of 16 must endure, and so that means, as the film begins, Nicholas Van de Swart (Kai Luke Brummer) is readying to ship off to defend colonized land. On its face, the war is between the white minority government and Angola, whose Communism the South African Defense Force wants to stop from spreading; but really, the atrocities as seen inflicted in this movie are governed by the power-seeking regime of Apartheid, and not any real threat.

Before Nick heads off to military service, his divorced dad drops by the house his son shares with his mother and stepfather to offer some “ammunition” — a nudie magazine — and just what he means by “ammunition” will become more complicated and apparent as Nicholas’ journey wanes on. Hermanus gorgeously follows Nicholas from afar as he sprints into the darkness we’re meant to read as a metaphor of things to come, and as on-the-nose as it is, it’s deeply effective.

Nick’s trek to the border via train is filled with the fratty, boys-will-be-boys vibes that will become increasingly darker as his military service lurches on. The train journey is suffused with a cacophony of a soundtrack, with strings wailing and screeching like the sounds of a highbrow horror movie. Upon reaching the border, the men are stripped, degraded, and thrown into grueling bootcamp-style activity without pageantry — placing “Moffie” somewhere between “Full Metal Jacket” and “Beau Travail” in how it juxtaposes masculine displays with their inherently homoerotic subtext (barely subtext at all, really). Beautiful, shirtless men engage in faux combat, or goad each other in the showers. A volleyball game, gaying-up the macho politics already intrinsic to volleyball games, is all rippling muscles in slo-mo, but the beauty of the scene is interrupted by a shocking act. It’s this tipping point between sensuality and violence that “Moffie” is constantly twirling on. 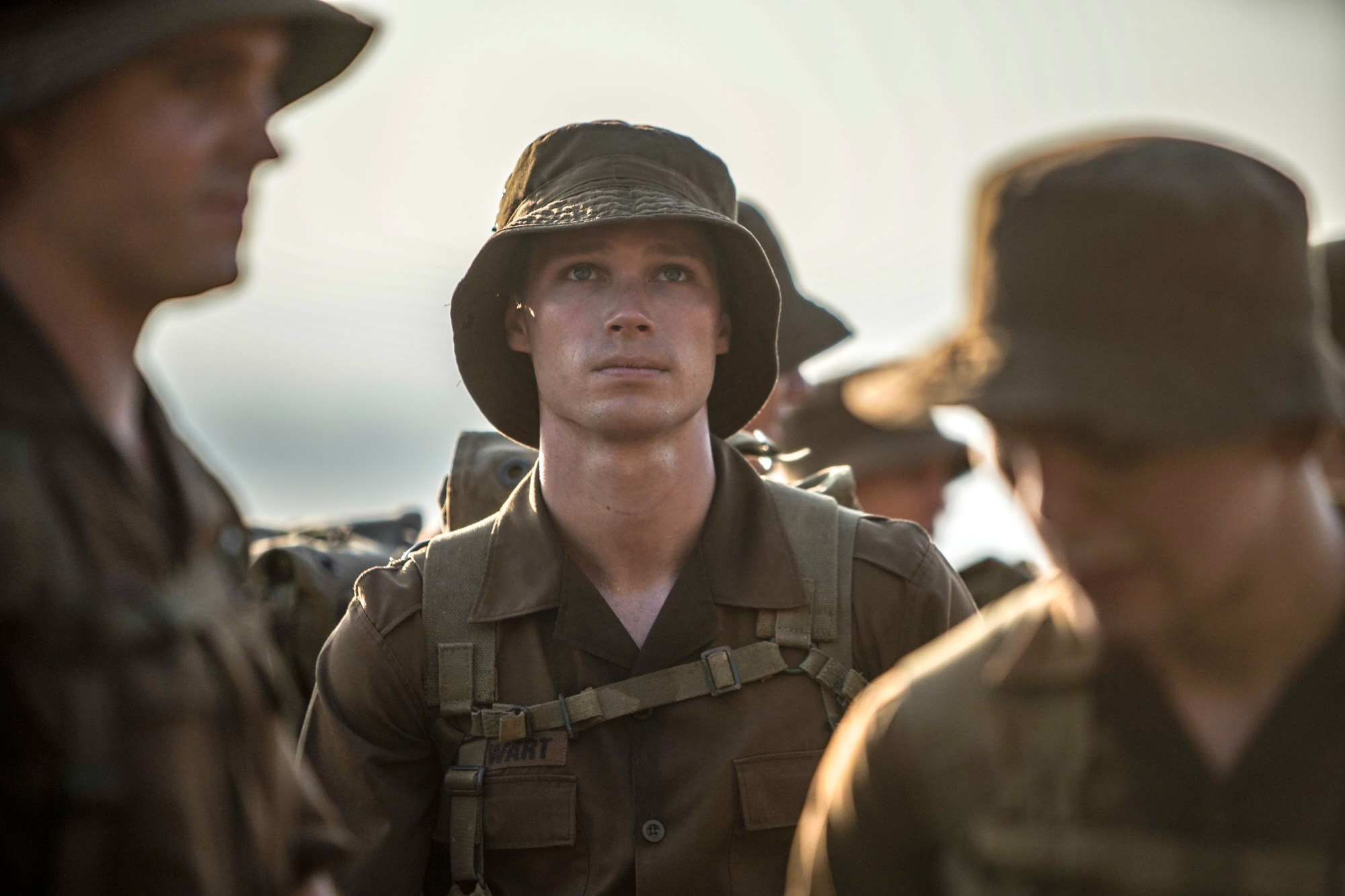 Nicholas is a melancholic who’s clearly hiding a secret, but just barely. When two of his comrades who engaged in homosexual activity are trotted out before the brigade, a bloodied cautionary tale for all to see, Nicholas retreats further into the closet. But during a rainy night, passion awakens in the trenches as a spiteful commander orders the men to stay down in the ground, which brings him literally closer to the (also stunningly beautiful) Dylan (Ryan de Villiers). An erotic attraction is sparked, but a relationship never quite sizzles as both remain, by the powers of the social hegemony, in the closet. But maybe it’s there that they can find something like freedom, if just for a moment.

Shooting in the Academy ratio with cinematographer Jamie Ramsay is certainly a choice to evoke that feeling of boxed-in-ness, but it also heightens the claustrophobia of life in the barracks, rehearsing for war, while simultaneously allowing the landscape of the Angolan border to breathe. When Nicholas is given leave to return home for a long weekend, the film achieves something no short of spellbinding in, instead of taking us on that trip home, taking us back to a primal moment of trauma from Nicholas from his youth — specifically, when at a public pool Nicholas was caught staring at a naked man in the showers, and is humiliated by his father in front of the whole scene. The way the editing (by Alain Dessauvage and George Hanmer) so gracefully unfolds from present to past suggests a kind of cinematic Proustian madeleine, conjuring how involuntary memories can be jolted again by encounters in the present. 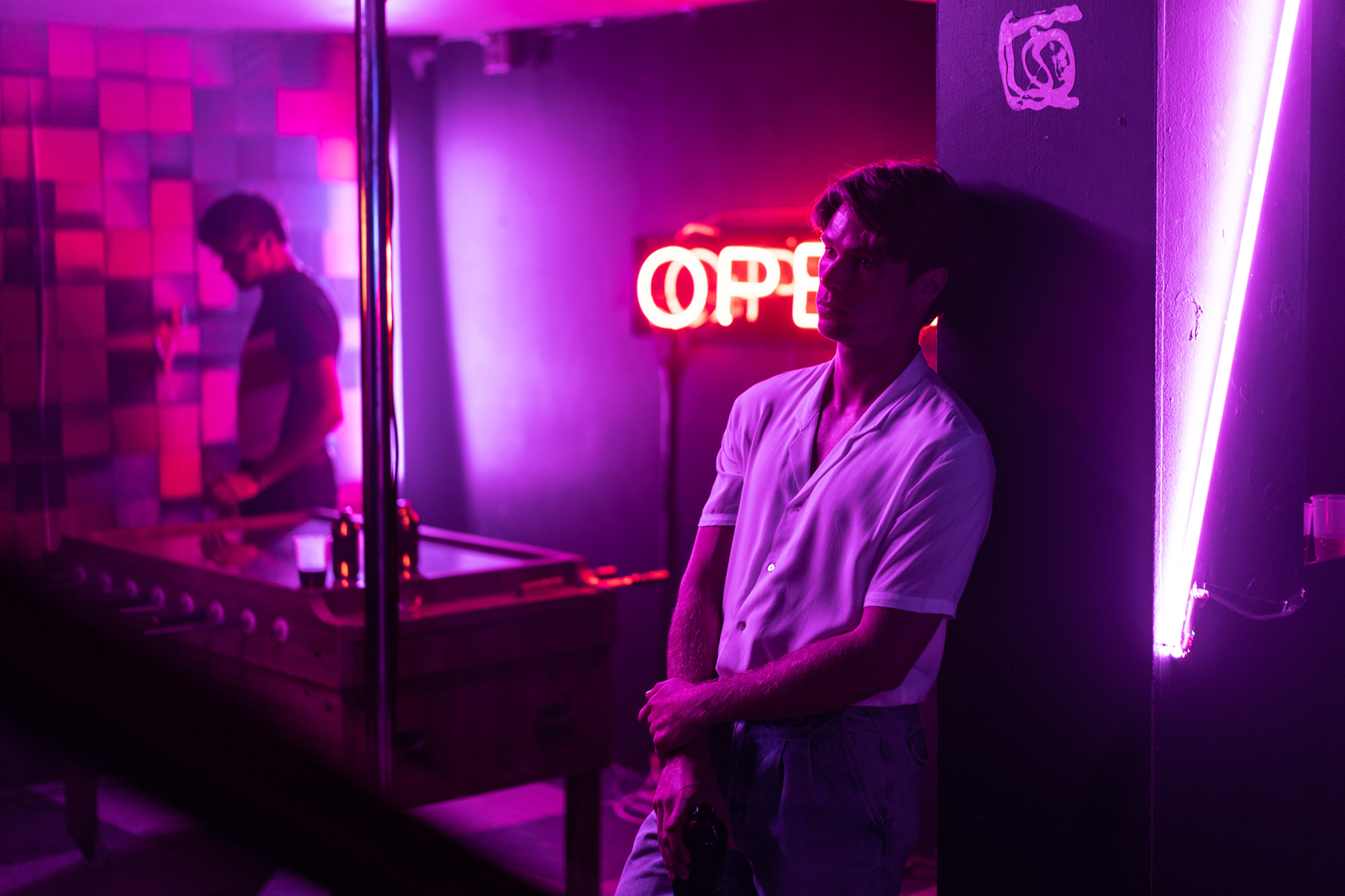 Nicholas’ heightening obsession with Dylan, with whom he’s shared only a few words and one brief but palpably affecting kiss, parallels the ratcheting reality of what the soldiers are actually about to endure on the border. The violent and crushing final act shows the soldiers realizing, in painful relief, just how much they are the mere instruments of perpetuating racism, in action. The connection Hermanus and his co-screenwriter Jack Sidey draw between colonial destruction and sexual repression is a bold one, but it becomes easy to follow as Nicholas’ desires and military destiny become inseparably intertwined.

What’s even more suspenseful, though, is the question of where Nicholas and Dylan can go, if anywhere at all, as two men who are possibly falling in love with each other. On the other side of savagery, the film concludes with a lush, sensuous, beachside epilogue that almost feels like a dream, some sun-soaked last sentence run off from another brighter, more hopeful movie. Hermanus leaves you suspended in that same state of agony promised by the little beginnings of their romantic affair. Realistically, it’s 1980s Africa, there’s no hope for a future for these two. But isn’t it pretty to think so?