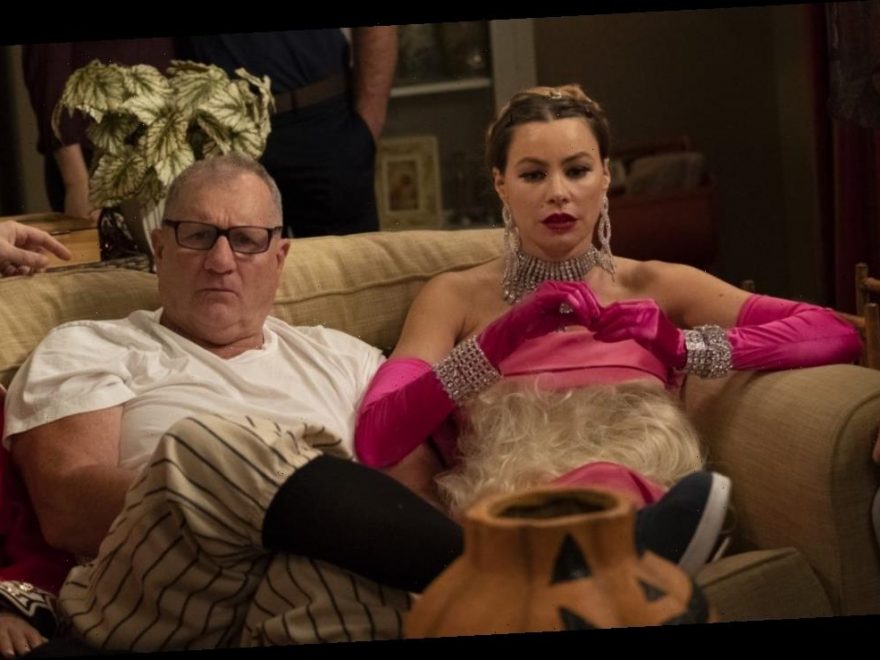 The age difference between the Modern Family characters, Jay Pritchett and Gloria, is pretty staggering — over 20 years. However, what’s even more surprising, and embarrassing for Claire, is that Gloria is a few months younger than her.

Here’s what we know about these characters from ABC’s comedy series.

The Pritchett-Dunphy-Tucker family is pretty close, but even this extended family has drama. For Claire, that includes her rocky relationship with her mother, DeDe Pritchett.

Although her father is divorced, when he re-marries, Claire isn’t exactly happy. When Modern Family begins, fans see Jay and Gloria within the first year of their marriage.

Together, they raised Gloria’s son, Manny, and had a son together, named Fulgencio “Joe” Pritchett. When it comes to Claire and Gloria, though, these characters often shared that they’re a few months apart in age.

How many years apart are Claire Dunphy and Gloria Pritchett?

These two characters are around the same age, with Claire Dunphy reportedly being born on March 3, 1972, according to Modern Family fandom.

However, during the “After the Fire” episode, fans learned that Gloria is actually 14 months younger than her step-daughter. That’s something that Claire has a hard time accepting and embracing, especially when Jay brings it up.

It’s this age gap and, particularly, the age gap between her father and his wife, that causes Claire not to like Gloria at first. She even refers to her as a “coal digger” and in one episode, her father revealed that someone called immigration, acting on an “anonymous tip.”

Eventually, Claire warmed up to her new step-mother and Gloria became a part of the family. Gloria also developed a close relationship with Phil, eventually working alongside him as a local realtor, and Alex, the middle child of the Dunphys.

How many years apart are Julie Bowen and Sofia Vergara?

When it comes to the actors behind these characters, Julie Bowen portrays the clean and organized Claire Dunphy. Sofia Vergara acts as the loud and lovable Gloria. With Bowen being born in 1970 and Vergara being born in 1972, Gloria’s actor is about 2 years younger than her co-star.

After over a decade of creating new episodes, this comedy series drew to a close. The finale came with plenty of saddness from the cast and crew members, especially because of the longevity of Modern Family.

Episodes of Modern Family are available for streaming on Hulu.