Usually stars look different when you compare how they look at the beginning of a show to the end of it. That’s especially true for Modern Family given it lasted 11 seasons.

There were rumors Julie Bowen got plastic surgery since filming the pilot. Find out the reason she gave for the change in her face and more.

Lisa Kudrow was considered for the role of Claire Dunphy

There were many actors being considered for the ensemble cast of Modern Family. Some of them were already on hit sitcoms before like Ed O’Neill.

Lisa Kudrow, who played Phoebe Buffay on Friends, was considered to play the mother of three. She decided to turn it down.

“I remember reading it thinking, this is a really good script, [but] I’m not the guy for this,” LeBlanc told USA Today. “I’d be doing the project an injustice to take this. I know what I can do, I know what I can’t do. Plus, I’m having too much fun laying on the couch.”

Julie Bowen looked different in the pilot because she was pregnant 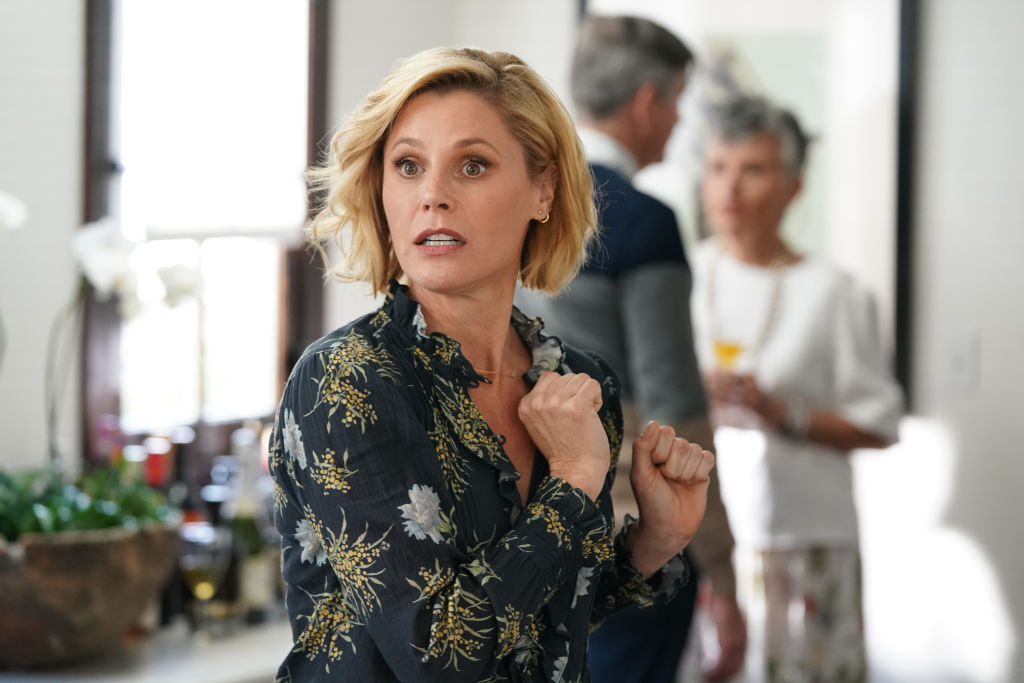 Some people noticed that Bowen looked different in the pilot of Modern Family. They assumed that she got plastic surgery but she revealed that it was pregnancy that was making her look different.

“My face was pregnant,” she said in the book, Modern Family: The Untold History of One of Television’s Groundbreaking Sitcoms, according to NY Daily News. “I had tons of hair and looked like I got lip injections because I was so puffy. And I had these enormous boobs that were terrifying. I read online, before I made my ‘No Google’ rule, about how I clearly had plastic surgery. What? Those were painful cow udders.”

However, the actor has nothing against revealing things she has done to the face. She later talked about it in an interview.

She had lasers leveled at her face

RELATED: ‘Modern Family’ Season 10: Why This Character Was Chosen to Be Killed Off

Bowen did eventually talk about a procedure she had done. “I’ve had lasers leveled at my face, and I would like to do Fraxel, the deep one where you go undercover for like a month because you look horrible afterward,” she told Health magazine.

She continued, “But the results are astounding, as if someone blew time off your face. I do find it odd that people choose to do stuff that makes them look like crazy Hollywood faces, but I’ve got zero judgment about it…I’ve worn some ugly shoes.”

So people weren’t wrong to pick up on something being different about Bowen’s face in the pilot. However, it’s from pregnancy and not plastic surgery.