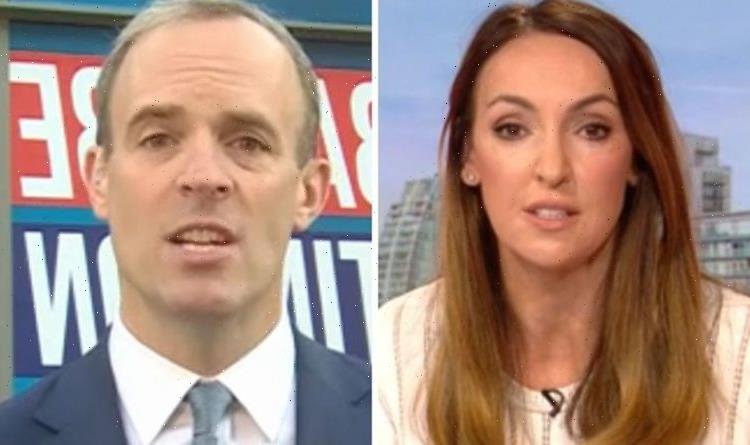 On Wednesday, Sally Nugent and Charlie Stayt were back on the red sofa to bring viewers the latest news headlines. During the programme, the presenters spoke with Boris Johnson’s deputy Dominic Raab via video link as he attended the Conservative Party Conference in Manchester. However, the segment quickly took a turn when Nugent grilled the MP over his comments about misogyny against men as they discussed the safety of women following Sarah Everard’s murder.

The segment sparked an uproar from viewers, with some branding the interview a “car crash”.

“Car Crash as he scrambles to cover #Johnson’s back. #Tories got to love them failing to understand basic English.” (sic)