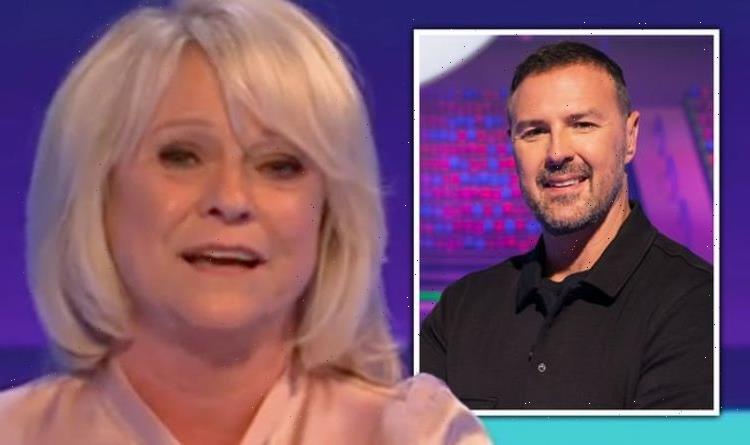 Earlier this year, the BBC announced Paddy McGuinness would be replacing Sue Barker as the host of A Question of Sport. The programme will also be getting two new team captains as hockey player Sam Quek and rugby star Ugo Monye take over from Matt Dawson and Phil Tufnell. However, former Countryfile presenter Miriam O’Reilly has blasted the broadcaster for replacing Sue on the show.

In a recent interview, Miriam vented her frustration at the new appointment.

The TV presenter began: The BBC has a serious problem with older women.

“Despite years of pressure, including legal action, the corporation is still resisting putting older women on TV.”

After being dropped from Countryfile, Miriam decided to take the BBC to an employment tribunal for discrimination.

She said: “I won a landmark ageism case against the BBC in 2011, that the then director-general Mark Thompson called ‘a turning point’.

“He admitted there was a ‘case to answer’, saying there were ‘manifestly too few older women broadcasting on the BBC.’”

Miriam explained the director-general warned against dropping female presenters in an attempt to shake up shows.

“The BBC wanted a new direction for the programme, but why did it have to include the sacking of one of the few older women still regularly presenting a primetime show?” Miriam told Radio Times.

Sue was removed from A Question of Sport after fronting the show for 23 years.

The broadcaster’s decision was slammed by fans who weren’t pleased to see Sue, Phil and Matt go.

One wrote: “New look Question of Sport on @BBCSport no thanks #questionofsport.”

“I love watching Question of Sport with Sue Barker and the boys! They have great chemistry. I‘m not a sports fan and I don’t know any of the answers but that doesn‘t matter because it’s always so entertaining watching them! #questionofsport #suebarker #bbcsport #paddymcguinness,” another said.

A third added: “New line up for @QuestionofSport announced @BBCOne. Can’t say I’m that impressed, but I’ll give it its chance when it’s back on, and just hope it delivers as Sue Barker

@philtufnell and Matt Dawson will be a hard act to follow, and disappointed they were dropped! #questionofsport.”

“Sue Barker did not step down as host of A Question Of Sport, She was sacked because she is in her 60s. #questionofsport,” someone else tweeted.

The BBC later noted: “We have received some complaints about upcoming changes to the line-up on A Question of Sport.

“We would like to thank Sue Barker for her enormous contribution as the show’s longest-reigning host over the last 24 years, and Matt Dawson and Phil Tufnell for their excellent team captaincy over 16 and 12 years respectively.

“Together they have ensured A Question of Sport remains a firm favourite with the BBC One audience.

“Sue, Matt and Phil’s final episodes will be broadcast next year.

“A Question of Sport has been airing on BBC One for 50 years, and its longevity is testament to the show’s ability to reinvent its format and change its line-up.”

A Question of Sport returns to BBC One on Friday, September 3 at 7.35pm.