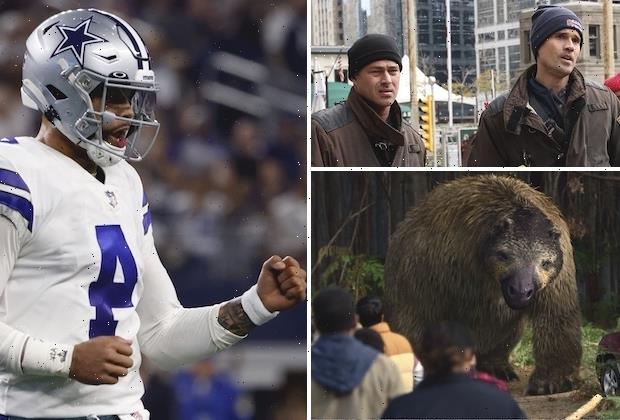 Now that your broadcast-TV favorites are on holiday break, TVLine is looking at how each network’s shows are stacking up thus far in the 2021-22 TV season. Having first eyed CBS, next up is NBC.

Listed below is the average DEMO RATING for each NBC series (including Live+7 DVR playback, since the networks do take that metric into consideration at renewal/cancellation time). Alongside that column you will find the TOTAL AUDIENCE for each program, as well as any noteworthy PERFORMANCE NOTES.

Each program’s RANK (far left) represents what is perhaps the most critical measure — how it is faring in the coveted 18-49 demo compared to other shows on NBC, since come springtime heads must roll to make room for shiny-and-new pilots. (Any ties in the demo were “broken” by total viewership, because I decided so.) 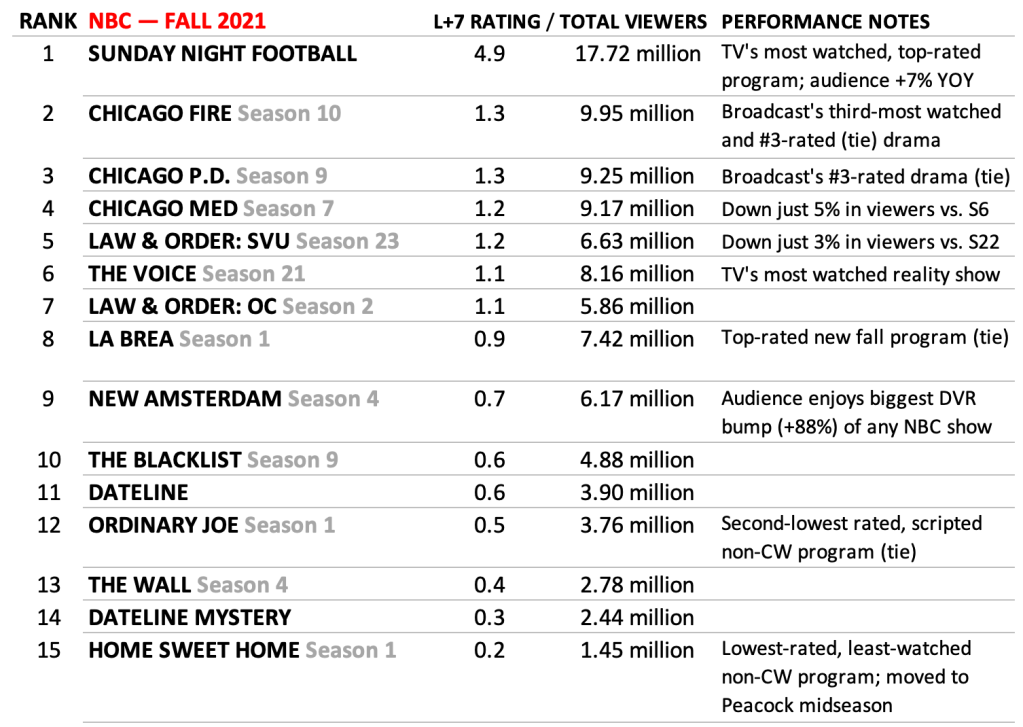 THE TVLINE BOTTOM LINE: Sunday Night Football continues to score a touchdown (allow me the easy puns, OK?), delivering a bigger (and younger) audience than last year… The #OneChicago trifecta remains a beast, drawing slightly smaller but markedly younger audiences than CBS’ well-watched procedurals…. If you clap with one hand for NCIS being TV’s most watched drama, you gotta use the other to applaud SVU, which in its 23rd season barely lost any eyeballs. (Will the Law & Order revival prove a better lead-in than the ever-buzzless Blacklist?)… People rolled their eyes at La Brea, but NBC had the last laugh with those solid, steady numbers…. Ordinary Joe is the sort of “big swing” people beckon network-TV to take, but it’ll be a tough renewal call with those numbers.

Which ranking most surprises you?

Want scoop on any of the above shows? Email [email protected] and your question may be answered via Matt’s Inside Line!