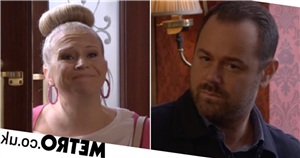 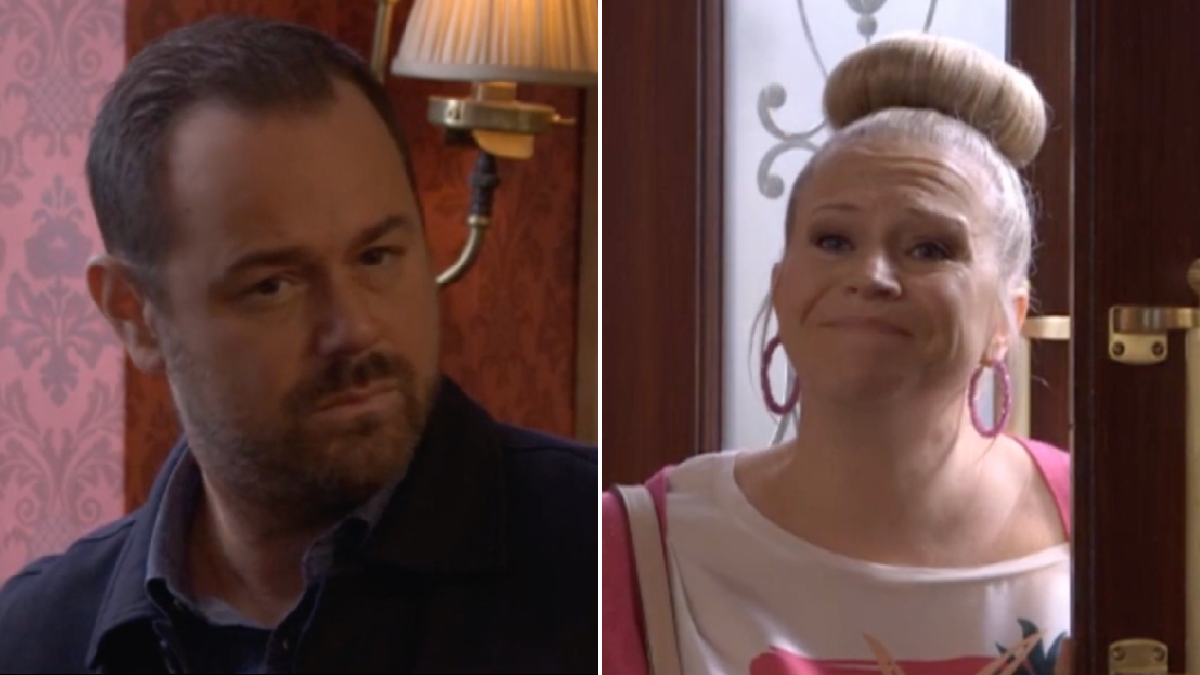 Linda Carter (Kellie Bright) has left EastEnders with newborn baby Annie and husband Mick (Danny Dyer) by her side.

The landlady of the Queen Vic resolved to take some time away from the Square, following Stuart Highway (Ricky Champ) threat.

Rainie (Tanya Franks), as viewers know, has been on a mission to bring Max Branning (Jake Wood) back to Walford, after he kidnapped Abi.

With little known about the lothario’s whereabouts, she resorted to terrorising Linda, after discovering that she was carrying Max’s baby.

When her plan to get Jack Branning (Scott Maslen) on side failed, she announced in front of a bunch of random punters that Linda’s newborn was Max’s, not Mick’s.

Mick pleaded with Rainie to leave his family alone, but when she failed to take the hint, he retaliated in a big way, telling the Bernie Taylor (Clair Norris) – who’s carrying Rainie’s child – that Rainie is using drugs again.

Rainie was horrified to discover what the Carter patriarch had done, and she did all she could to prove to Bernie that she wasn’t on drugs. Stuart, meanwhile, decided to have a word with Mick, telling him that he was ‘disappointed’ that he would stoop so low.

Linda overheard the conversation, and – with the pressure becoming too much – she suggested that she, Mick, Annie and Ollie head to her mum Elaine’s for a while.

Linda waited at the door, as Mick took one final look around the Queen Vic, before departing.

This edition of the BBC One soap marks Linda’s final appearance ahead of actress Kellie Bright’s maternity leave.

EastEnders continues Thursday September 23 at 7:35pm on BBC One.