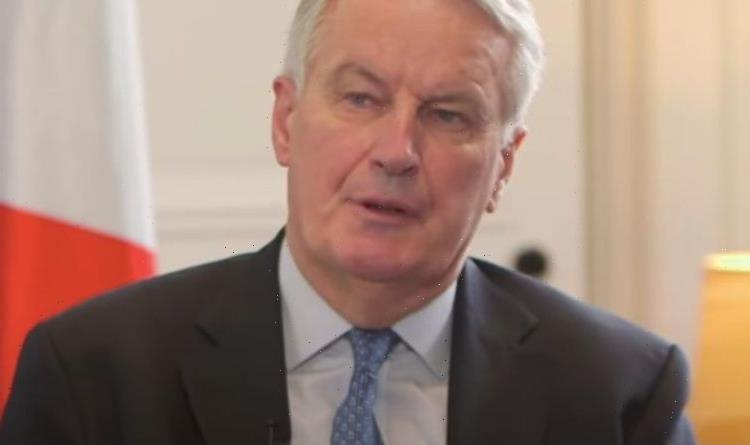 Rupert Lowe has admitted that Michel Barnier is “an outsider” to the general public in France. It came after the EU’s former chief Brexit negotiator sought to represent the French Republican party in the country’s next presidential election.

Speaking on TalkRadio, Rupert Lowe said he would choose Michel Barnier to be the next French president among his rivals Emmanuel Macron and Marine Le Pen.

He said: “I think Michel Barnier is of all of the three of those if I had to choose one of them, I’d rather do business with him.”

The host Richard Tice then asked: “Interesting. And so you say that it’s unlikely.

“I mean, it’s quite a complicated process to be elected.

“What are the chances that he might actually win the primary for his party?”

“He’s got to win the backing of the Republican Party, and I think that’s probably unlikely.

“I mean he’s from outside the mainstream. He built his reputation on that 1992 Albertville Olympics.”

He went on: “And I think he’s fundamentally a decent man but there’s so much hypocrisy and contradiction here.”

Richard Tice interjected: “How well known Rupert is he in France, do you think, as a public figure?”

Mr Lowe said in response: “He is an outsider.

“I think he’s an outsider for the nomination.”

Simon McCoy has head in hands as he savages Michael Gove footage ‘Is it over?’

Michel Barnier told TFI last week: “I’ve decided to run and to be the president of a France that is reconciled with itself, to respect the French and to make France respected.

“I’ve learned something important for our country and that’s when you know how to respect people and bring them together around the same table, then we succeed.”

However, Barnier remains unknown to many in France, including those outside elite circles and the Brussels bubble.

The elections are set to take place in April 2022