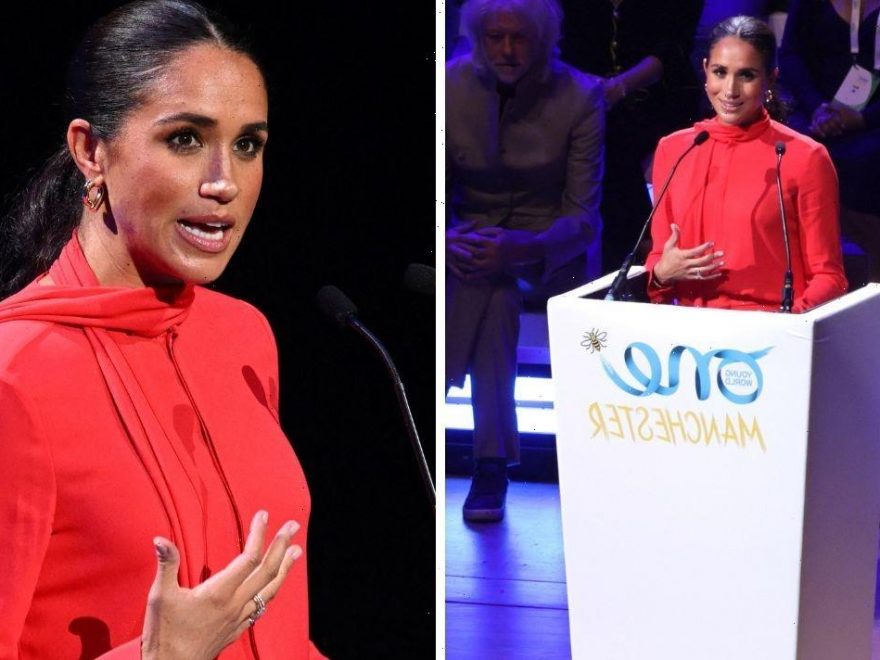 On Monday, Meghan Markle gave a short speech at the opening ceremony of the One Young World summit in Manchester. The Duchess of Sussex was also escorted by her husband Prince Harry, as she gave her first UK speech since stepping down as a senior royal. However, speaking about the latest royal news on Tuesday’s Lorraine, Russell Myers said Meghan was greeted by boos from the crowds.

“They sort of arrived to a great fanfare, there was lots of applause for them in the auditorium,” the royal expert began.

“They were visiting the One World Youth Summit and its 190 countries involved getting a lot of young leaders you know, the people of tomorrow…

“And a smattering of boos it must be said for when they were entering the venue.

“However, the content of the speech, [the audience] was really interested in what Meghan had to say. 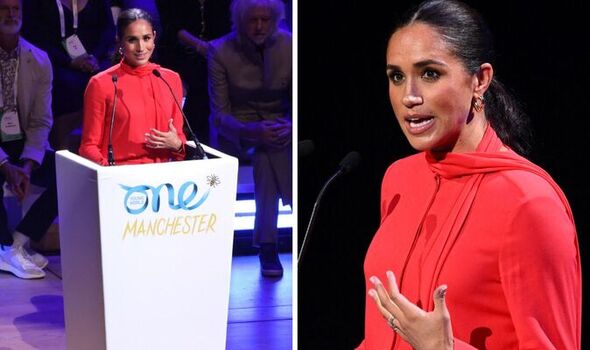 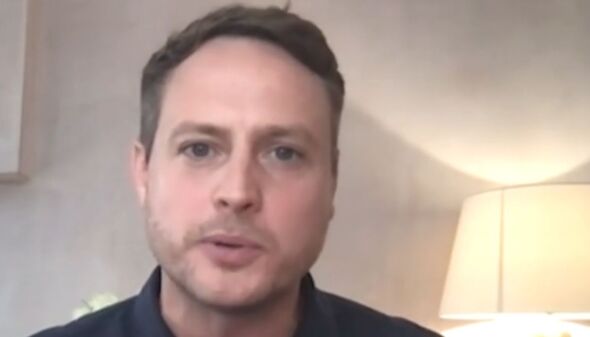 “This was her big moment, the first time she was speaking in public since leaving the royal family and unfortunately, it has felt a bit flat because it was very, very self-centred for want of a better phrase.

“I mean somebody actually counted the amount of times that she mentioned herself and it was at an astonishing 54 times and struggling in its speed.”

“It was seven minutes, the speech?” Lorraine chipped in as Russell nodded in agreement.

“It was a seven-minute speech,” Russell continued. “It did seem like it went on for quite a long time. 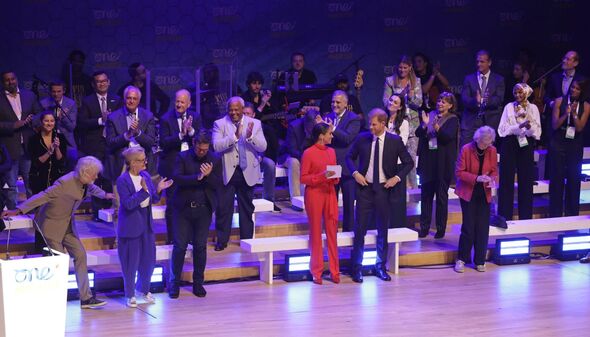 “But, you know, I do think that we have to take some positives from it.

“It was very nice to be back in the UK…her time as a mother [and] how her sort of her life had obviously changed from the time that she was an actress.

“[She spoke] about sort of self imposter syndrome and about how, when she was invited to be part of this organisation, she was sitting at the table with world leaders and how she felt that she wasn’t worthy, and yet here she is.”

The ITV host proceeded to share a clip of Meghan’s speech where she told the crowds: “It’s very nice to be back in the UK.

“I am thrilled that my husband is able to join me here this time.

“Have any of you today so far had that feeling that pinch me moment? Where you just go ‘How am I here?’

“And there I was, I was the girl from Suits. I joined you in London in 2019, and by that point, it’s fair to say my life had changed rather significantly.

“I was now married and I was now a mum, my worldview had expanded exponentially, seeing the global community through the eyes of my child.”

Speaking further about the speech, Lorraine praised: “You know what? She’s really good at giving a speech.

“I mean, there were two speeches read yesterday, Meghan and Liz Truss and I must say, Meghan knocked it out of the park.

“She knows how to communicate, of course, she’s been trained and she’s an actress and all of that, but she does have great communication skills.”

Russell went on to compare Meghan’s speech to Bob Geldof’s, admitting the royal’s was a “missed opportunity”.

Lorraine airs weekdays at 9am on ITV.