Their MVSON parties have caused a real stir. They are holding their own mini fest, MVSON World Festival on Saturday, at Arley Hall & Gardens in Northwich, Cheshire, inviting the likes of Pawsa, Seb Zito and Luuk Van Dijk to join them for what is set to be a fabulous knees-up. 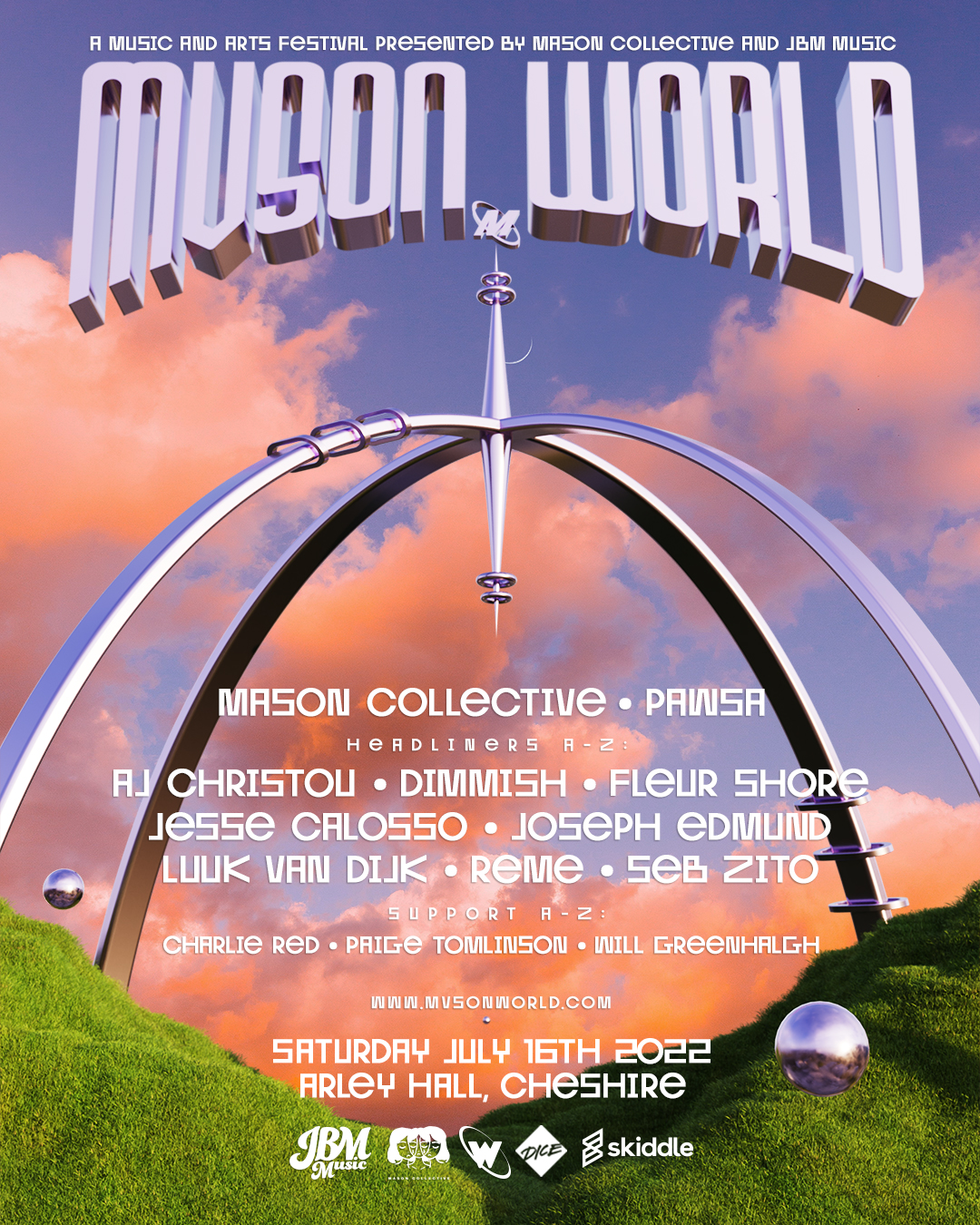 We caught up with Mason Collective as they talked us through a playlist of personal favourites and tracks from their label Whippin’ Records.

This was our first solo release, and it was our first overall number 1 release on Beatport. It was also the first time we saw one of our tracks get played in Ibiza, when Jamie Jones played it at DC10, so this one's special to us. Had to put it first on the list.

Our twist on 'Peru' with LiTek, which has probably become our most highly anticipated track to date. We started playing this out around December last year and since then the hype for it hasn't stopped growing. It's been requested nearly every set we've played recently. It's a proper feel good track.

Anthem from Joseph Edmund which is also one of the biggest tracks on our label 'Whippin Records'. This one's a real crowd pleaser and gets a big reaction every time we play it.

Groover from AJ Christou. This was actually the second release on our label Whippin, which came after our own Wifey EP. Starting a label was something we intended to do from the beginning. We started Whippin in order to showcase the 'mason sound' and put a spotlight on the quality of music coming out of Manchester, as well as to create a platform for the best new talent, so signing a fire EP from our friend AJ for our second label release meant a lot.

A great peak time track and quality release from REME, which came out on Whippin. This is one of our favourite tracks from him, and one of his too. This one got a lot of support.

A track from us and Joseph Edmund, recently released on our Whippin Heat VA. He's another good friend of ours and a Whippin regular so it was dope to collaborate and create this heater.

Another Manchester collab. An edit from us and AJ Christou, which has become one of our personal favourites. The original of this is from some of our favourite artists, Inland Knights. We were just paying homage to them, an oldschool track with a new twist on it.

This is an incredible track from Daniel Orpi, also out on Whippin. This one has great meaning behind it, as it's a tribute to his late grandmother. It always gets a crazy reaction and was one of our favourite tracks of last year.

A personal favourite of ours out on Yaya's Tamango Records. We came across @nigyboyagain on Instagram, a young blind kid from Jamaica that posts incredible covers of popular tracks. We sampled the vocal from one of his covers and created something really dope with it.

Mason Collective – Let's Get It

This is our latest solo release, another high energy groover, a signature 'mason sound' track. It's got an old school classic house feel. We often use this one to open up our sets, it's a real party starter. Our first release on Knee Deep In Sound too.