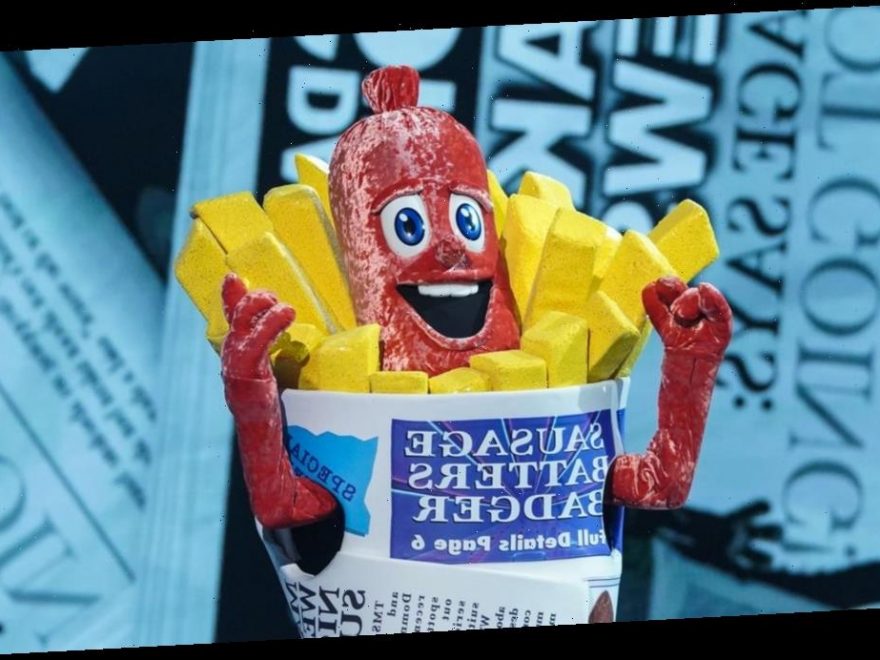 The Masked Singer character Sausage has made a change to their costume ahead of their appearance on the hit ITV show tonight.

The mysterious character has made a change to her newspaper wrapping, and fans are sure to notice the difference as she takes to the stage tonight.

On the newspaper wrapped around their sausage shape, the headline has changed to "Sausage batters Badger," referring to another of the characters.

It follows the battle on Boxing Day which saw the character beat Badger to make it through to the next round.

Meanwhile, as Sausage performed during their first song back in December, fans were sure they had worked out her identity immediately.

During the montage clip before her song, a food stand was seen with Billie's Menu written on the side and "Because we want to", at the bottom.

This was instantly spotted by fans as they rushed to social media to predict that Sausage is singer and actress Billie Piper.

One said: "In the clues the menu said billies menu and at the bottom it said because we want to! Which was billies first song!"

Another added: "Sausage is billie piper! Why have billies burger bar,saying at the bottom because we want to? That’s billies first hit,also rhino burger,there was a rhino in her first video! I’m 100% convinced it’s her! She also spent a lot of time by the sea in Brighton in her younger days!"

A third chipped in: "Late but.. why is anyone saying the sausage is anybody but billie piper?! it literally had her name on the vt and said 'because we want to'."

A fourth said: "Can't find the right place but Sausage from Masked Singer is Billie Piper. Run back to the intro clues in Brighton and you'll see the kiosk menu has Billie on and one of her song titles written on the bottom of the menu."

But other viewers think that Sausage could be Loose Women star Stacey Solomon or singer Emeli Sande.

Meanwhile, the Badger has been guessed as Will Young and Big Brother narrator Marcus Bentley, and judge Mo Gilligan guessed him to be one of the Hairy Bikers.

But fans will have to wait and see who will be unveiled tonight.

The Masked Singer continues at 7pm on ITV.