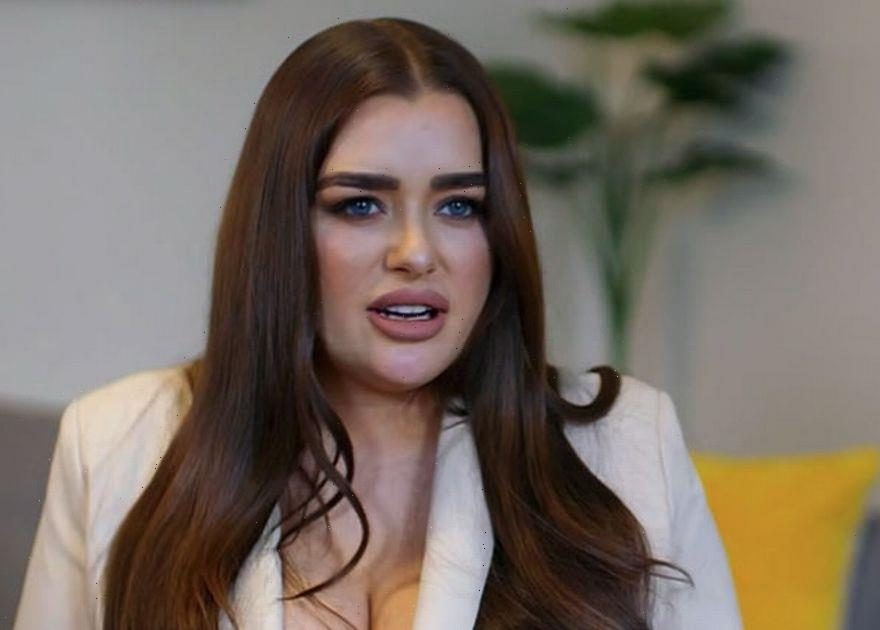 Married at First Sight star Amy Christopher has been left devastated after her best friend was found dead in Mexico.

The reality starlet, 34, has been struggling behind-the-scenes, with Amy getting the tragic news just days before her wedding was broadcast on the E4 show.

Her friend, who she has known since school, was found dead at her home in Mexico, where she moved from the UK.

"Amy has been absolutely devastated by her friend's death, who she's known since school," a source told The Sun.

"It was so sad that she never got to see her on Married at First Sight, because she was so excited about it.

"Amy hasn't processed what's happened yet, but she's being supported by friends and family."

The brunette beauty has shown a very vulnerable side on the show so far, however fans saw a slightly different persona on Monday night's episode.

She lashed out at husband Josh Christie during Yes Week when he tried to make her drink a green smoothie with a raw egg in it.

Amy admitted on social media that she wouldn't be watching as it would be a tough ordeal to go through again.

Previously, she revealed the sad news that she had lost twins during a pregnancy with an ex.

Last week Amy told viewers: "I got pregnant with twins. One died, and I had to medically terminate the other one due to complications."

Crying, she added: "That absolutely broke me.

"The two things I want is marriage and babies and I was so close to having both of those things and it didn’t work out.

"For me the last straw was my mum having a stroke and she nearly died, that was a big eye opener and made me realise as an only child, when my mum goes, who do I have? I want that support system."

Tuesday night's Married at First Sight is set to air the second dinner party – and tears are guaranteed.

Amy can be seen crying to Luke Dawson about her future with Josh, admitting she's struggling to see where they will go after the experiment comes to an end.

Meanwhile, Tayah McCreith drops a huge pregnancy bombshell, with husband Adam Aveling not seeming to be keen on the news.