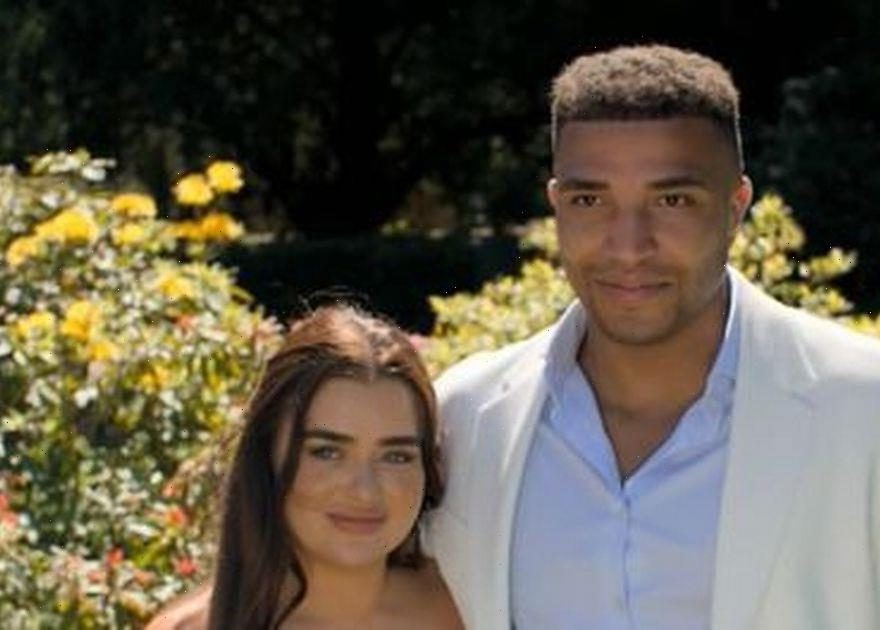 Married at First Sight UK came to an end on Friday night and fans couldn’t help but share their shock as Amy and Josh decided to stay together renew their vows.

The happy couple had their fair share of complications throughout their rollercoaster relationship on the hit E4 series.

In preparation for the big day, all the final couples spent the final few days apart to ponder over whether they would stay together with their matched partners or go their separate ways.

When the pair reunited at the altar, fans were stunned as they watched the two love birds take the jump and stay together after their explosive relationship on the dating show.

During her emotional speech, Amy admitted that sometimes she wasn’t getting "enough" back from her partner in terms of affection.

She confessed: "I ask myself, 'Am I being mugged off? Am I wasting my time on someone who is just not that into me?’

"But, as I was giving up, you fought for us and stepped up to meet me at my level where you’ve continued climbing."

After Amy made it clear she was prepared to put the work in to keep their relationship going outside of the social experiment, Josh read out his loving speech to his partner in crime.

Although there was moments Josh wasn’t fond of, as he admitted at times she could be "selfish", he confessed what an incredible woman she was.

He shared: "Despite the difficulties we faced, I can truly see why we were matched. You are an incredible woman who brought things out in me that I never knew existed."

Her loving hunk thanked her for teaching him the length of a piece of string as he sweetly tied a white string around her wrist to prove his commitment to their relationship.

Naturally, the viewers at home had thoughts on the conclusion of Josh and Amy’s whirlwind journey on the show.

One viewer wrote on Twitter: "Josh and Amy aren’t perfect, but they are authentic. Their renewal was so balanced and realistic. They're committed to learning and have raw chemistry imo. Rooting for them. #MAFSUK."

Another fan of the show added: "Very surprised to find myself crying at Amy & Josh #MAFSUK."

Meanwhile, a third chimed in with: "Yesssssss Good on ya Josh & Amy… I’m well chuffed. I do love an underdog [red heart emoji] #MAFSUK."

Whereas others were more shocked that the bickering couple wanted to make things long-term.

One fan of Married at First Sight noted: "How are Amy and Josh staying together? #MarriedAtFirstSightUK #MAFSUK."

While another shocked fan concluded: "Completely surprised that Josh and Amy stayed together – Shocker #MAFSUK."