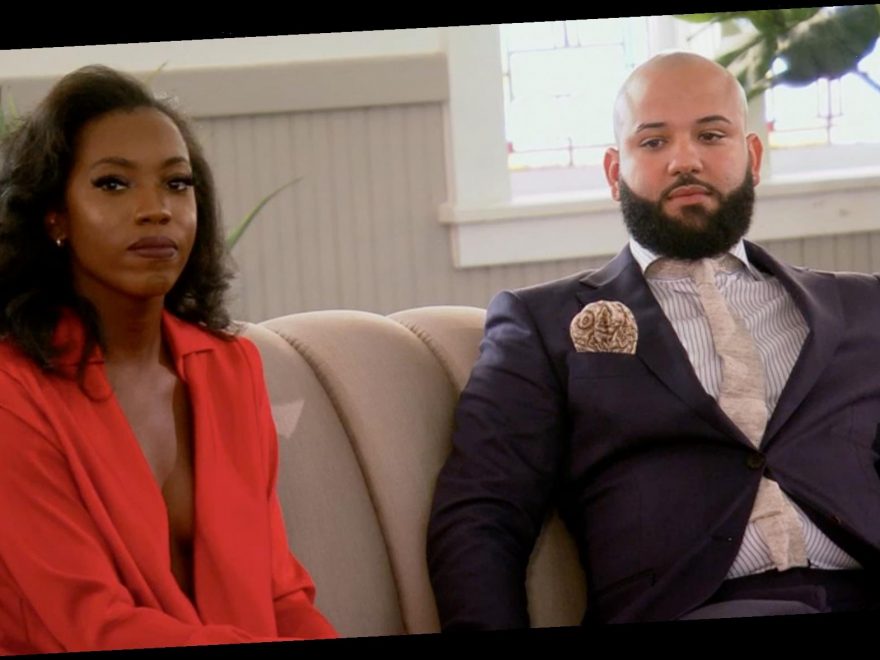 There's no shortage of drama in store for the latter half of Married at First Sight's season 12.

In PEOPLE's exclusive first look at the new midseason trailer for the Lifetime series, the five couples navigate the highs and lows of their relationships as they ultimately seek to decide whether they will stay together or get a divorce.

"Regardless of what we've been through, I think you're a genuine person," Hayley, 28, then tells her husband, Jacob. "I also respect you for committing to this."

"I'm very hopeful that we can turn things around," Jacob, 38, tells the cameras. The footage next turns to Chris, 27, and Paige, 25, as they are sitting down to enjoy a meal together. "I pray that we can just enjoy one another's company tonight," Paige says as Chris later adds of his wife, "She's an amazing woman — I love Paige."

The mood of the new trailer goes south, however, as Clara, 27, prompts husband Ryan to speed things up when it comes to saying "I love you."

"What is the soonest y'all have said the L word to someone?" Ryan, 29, asks while on a double date with fellow couple Virginia and Erik.

After Ryan reveals that he's "never said it," Clara replies, "If you haven't dropped that by six months, I'm probably leaving."

Meanwhile, Erik, 34, and Virginia, 26, clearly have their own issues to resolve. Despite Chris declaring his love for Paige earlier in the trailer, they also hit a rough patch.

"I'm trying to have a conversation and you have nothing to say," Paige tells Chris, who responds, "I want to be in a serious relationship."

In the end, the three experts — Dr. Pepper Schwartz, Pastor Calvin Roberson and Dr. Viviana Coles — tell the couples, "The time has come for you to decide whether you want to stay married or get a divorce."