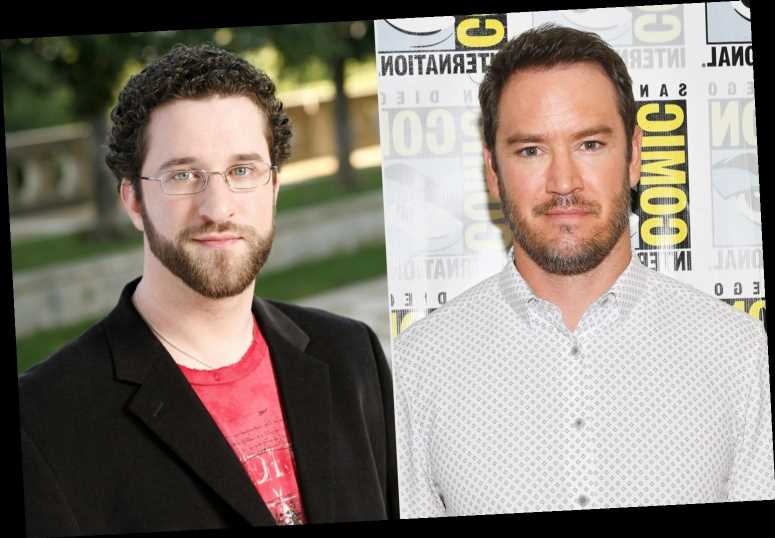 Mark-Paul Gosselaar is reeling from the death of his former Saved by the Bell costar, Dustin Diamond.

The 46-year-old actor spoke about Diamond — who died on Monday at age 44, three weeks after being diagnosed with cancer — during Tuesday's episode of The Tamron Hall Show, sharing that he and his castmates are "pretty shocked" over the loss.

"Well, it's always tough when someone passes away. I think it's even more so when the individual is someone you know and the age of Dustin," he told host Tamron Hall. "It was only a few weeks ago that we heard about his diagnosis and for it to happen so quickly is shocking."

Gosselaar went on to say that he and Saved by the Bell cast will likely "get together at some point and sort of express our feelings."

"But yeah, it happened so quickly that we're all just pretty shocked about it," he continued.

The star, who played Zack Morris in the original NBC show and is currently reprising the role in the Peacock reboot, also spoke about how the cast had drifted apart once the series ended in the '90s.

"A lot of people may not understand that you can work with somebody for years — you can be very close, you see this person every day for an entire season of shooting and then once things wrap, the camera stops, you just drift apart," he said.

"There's no reason other than just things happen in life and before you know it, years have passed and I think that was what happened with Dustin with the rest of the cast," Gosselaar explained. "There was a time when I wasn't talking with anybody on the cast." In a previous statement to PEOPLE, Gosselaar said he was "deeply saddened" to hear of Diamond's death, calling the late actor "a true comedic genius."

"Looking back at our time working together, I will miss those raw, brilliant sparks that only he was able to produce. A pie in your face, my comrade," he said.

"Dustin, you will be missed my man. The fragility of this life is something never to be taken for granted. Prayers for your family will continue on…," Lopez, 47, captioned a photo of the two on Instagram.

"I am deeply saddened by the news of my old co-star @realdustindiamond passing. Life is extremely fragile and it's something we should never take for granted. God speed Dustin," Thiessen, 47, wrote on her Instagram account. "Dustin and I had a warm and special friendship, he was a caring gentleman, and my memories of him will always be cherished," she continued. "I am so very sorry he is gone. But it's exceptionally sad for his close loved ones who have do deal with his tragic death and their own great loss. My heart goes out to them at this trying time."

Berkley, 48, wrote on her Instagram: "I'm grateful to have gotten to create with Dustin when we were at the beginning of our dreams coming true. I will hold onto those sweet memories and the laughs we shared. Rest In Peace."

Want to get the biggest stories from PEOPLE every weekday? Subscribe to our new podcast, PEOPLE Every Day, to get the essential celebrity, entertainment and human interest news stories Monday through Friday. Get a taste of the podcast below.

Diamond found fame at a young age while playing Screech on Saved by the Bell. After the show concluded in 1993 following four seasons on the air, Diamond went on to star in spinoffs The College Years (1993-94) and The New Class (1993-2000).

His longtime manager, Roger Paul, recently told PEOPLE that Diamond had hopes of revisiting his character one final time before his death.

"He was upset that he wasn't asked to be a part of the reboot, but he talked to one of the executive producers about possibly coming to appear on the second season and he was happy about that," Paul said.