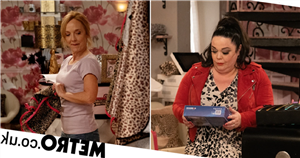 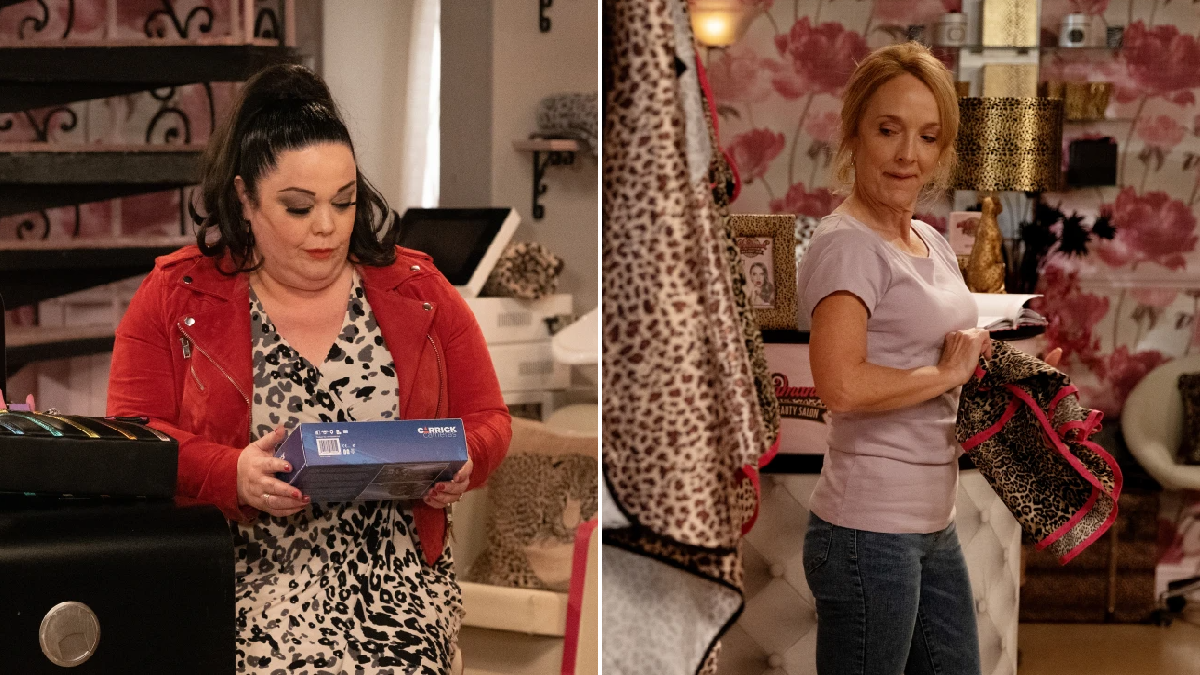 As soon as Sandra Flaherty (Joanne Mitchell) spotted the salon tips jar in Emmerdale, she knew she was on to a nice little income stream and she’s been helping herself ever since.

But Mandy Dingle (Lisa Riley) is no fool, and soon spots that tips are down. Which either means that customers are less satisfied with the levels of service the staff are providing, or someone is helping themselves to the tips. Frankly with Sandra as an employee it could be either or both of these things.

Mandy suspects Sandra and voices her concerns to Liv (Isobel Steele), who’s deeply offended to think that Mandy would accuse her mum of such vile deeds. Oh, Liv, if only you knew.

Undeterred, Mandy sets about gathering the evidence she needs, and gets her hands on a CCTV kit, which she secretly sets up in the salon.

Perhaps her hiding place isn’t as good as she thinks, though, because it’s not long before Sandra – who knows that Mandy suspects her – discovers the camera and realises that Mandy has worked out what she’s up to. How will she react?

‘I think she sees Mandy as a very strong, formidable character who is very influential with Vinny (Bradley Johnson), obviously, and with Liv,’ Joanne Mitchell told us. ‘So she’s got to keep her on her side and I think that’s worrying for her and it plays on Sandra’s mind. It’s not destroyed her, she’ll always find a way out. This woman is a survivor so she will find a way of turning it all around and she’s confident enough in herself to do that – which is exactly what she does.’

It sounds like there’s an almighty battle ahead between Mandy and Sandra. Who’ll come out on top?