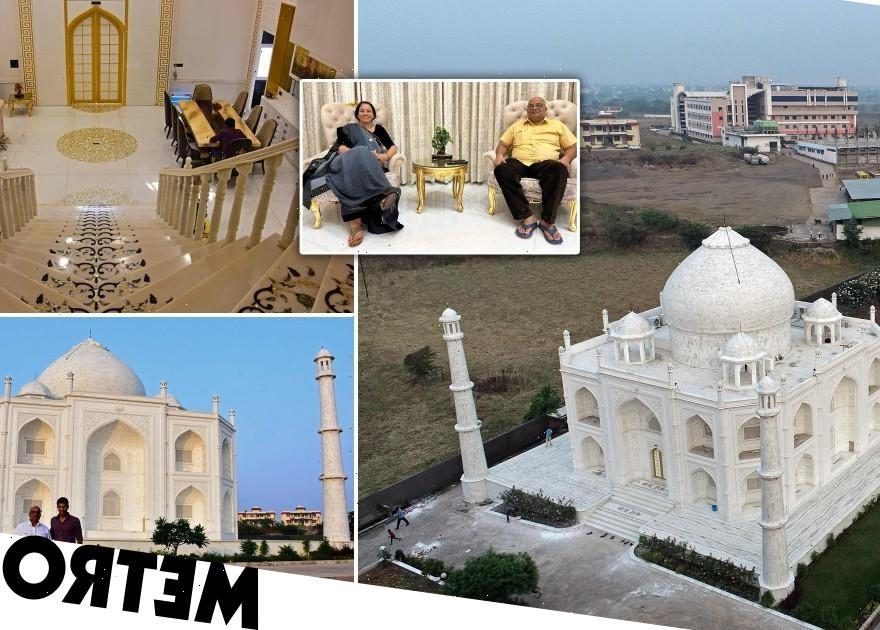 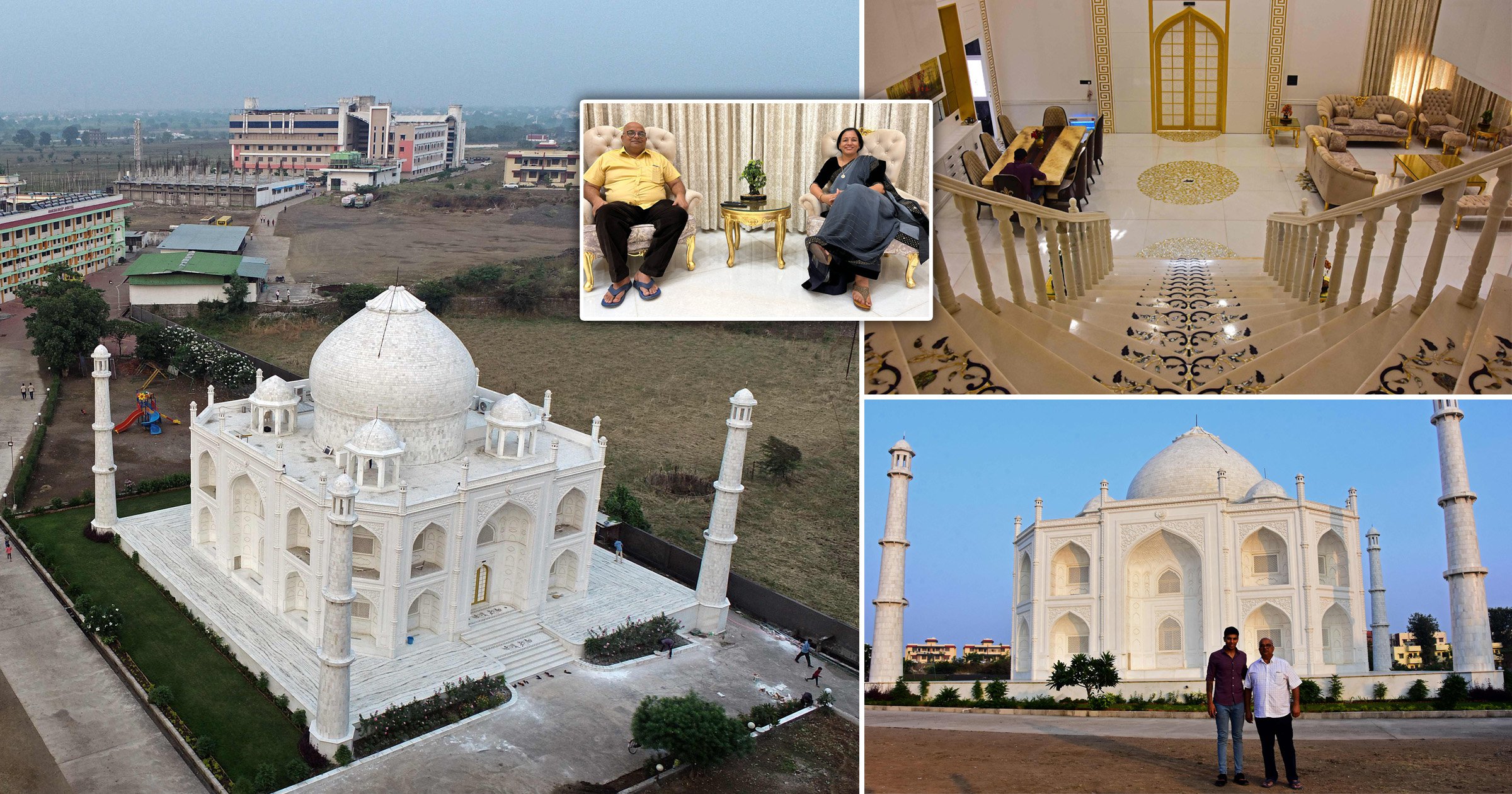 Sure, flowers are romantic but has a man ever built you a replica of a landmark to express his feelings?

Husbands, wives, girlfriends and boyfriends, it’s time to up the ante when it comes to romance because a husband in India has built a house for his wife in the style of the Taj Mahal.

Anand Prakash Chouksey, from the central state of Madhya Pradesh, designed the property as a smaller replica of the world famous building.

He did so as a sign of adoration for his spouse.

It also features a domed roof and intricate carving and gold decorations inside.

‘She only had one demand with this house that she wanted a good meditation room,’ Chouksey says.

‘So, I told the engineers to put a special focus on the meditation room.’

The Chouksey family visited the Taj Mahal in Agra and used images from the internet to obtain the exact measurements for the scaled-down romantic monument.

‘We wanted to make an exact miniature version of the Taj Mahal, perfectly to scale, to the centimetre,’ explains Chouksey’s son, Kabir Chouksey.

‘We had to rebuild some arches three to four times because there was some difference, sometimes the difference was so tiny that it’s negligible to the eye.’

The family commissioned talented sculptors from the eastern state of West Bengal. Meanwhile, other artisans from across India also travelled to help complete the home.

However, you can only venture there during school hours.

The Taj Mahal is India’s best-known attraction and was commissioned in 1632 by Mughal emperor Shah Jahan in memory of his late wife Mumtaz.

According to official site data, it is visited by nearly seven million tourists a year.

Send us an email at [email protected]