Screenwriter Marcella Ochoa is giving a voice to countless Mexican American women who have been forcefully sterilized in the United States with her Amazon Prime Video and Blumhouse collaboration Madres. With help from lead actress Ariana Guerra, the pair tackled a real-life horror story using the genre as a tool to bring awareness to a social justice cause that was inspired by Jordan Peele’s 2017 hit Get Out. 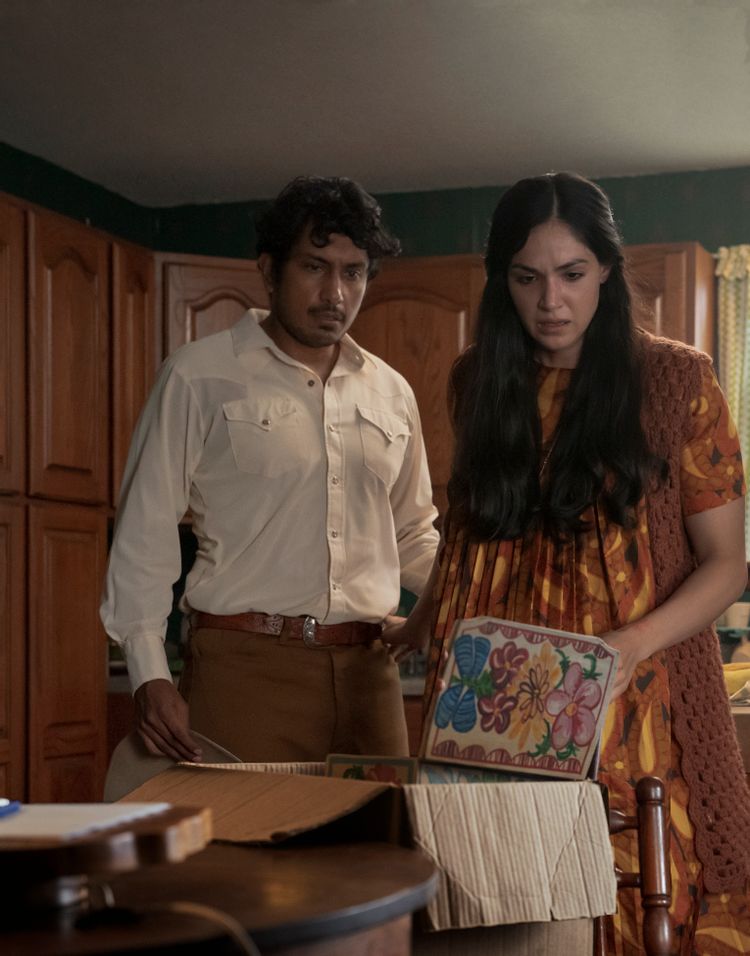 Madres tells the story of Mexican American couple Diana (Guerra) and Beto (Tenoch Huerta) who have just relocated to a farming community in California. Diana’s pregnancy becomes mysteriously complicated and she isn’t the first to struggle while pregnant in her adopted town. All roads lead Diana to confusion and imminent danger as she begins to unravel strange occurrences that may be related to a legendary curse, or something more sinister. Madres is currently available to stream via Amazon Prime Video.

“I love horror, and growing up with my grandpa who is from Mexico we knew all these legends. It was in my blood,” Ochoa, who co-wrote the tale alongside Mario Miscione, tells Deadline. “My focus with everything I write is to tell stories about our community—the Latino community—that have never been told before. I didn’t grow up seeing people who looked like me in the horror films I watched so I wanted to help change that. Representation is something that is so important to me.”

She continued, “When I was researching the Americanization of the Mexican American experience for something totally unrelated, I came across information about the sterilization of Mexican women in the ’60s and ’70s in California that totally blew my mind. I wondered if I should write a drama about it decided this is a horror story. The horror genre really lends itself to telling social justice stories which I realized after watching Get Out. I knew this was one way I could make a difference.”

Madres is also a standout for showing that Latinos are not a monolith by featuring characters that represent a spectrum of the community.

“Diana is a Chicana from Los Angeles and she’s a journalist. When we meet her, she’s pregnant with her first child. And although I’m not a mom, as a Latina, I understood Diana’s experiences,” Guerra says. “She’s not a character I’ve seen in many stories. She’s very unique in that not only is she a leading character that’s Latina, but she’s a pregnant mom on this important case trying that requires her to be a journalist while also figuring out where she fits in the spectrum of Latino identity.”

Adds Ochoa, “It was important for me to show we’re not a monolith. Through Diana, it was important for me to show the second-generation Mexican American experience, and through Beto, a different perspective as he’s immigrated here and works as a migrant farmworker. And even further through the character of Tomas (Joseph Garcia) who is even more Americanized than Diana. Our life experiences differ greatly, not just when comparing the countries we are connected to but even the cities we grow up in. We don’t get to see much of this at all, we’re constantly put in a box and stereotyped. When we are portrayed we all speak Spanish, but that’s not my reality which led me to feel out of place. I used Diana as a vehicle to show that you can feel like an outsider in your own community. We hope this story opens the door for more of these types of stories.”

“We took a chance on this story because we believed in it, luckily Blumhouse just got it,” she shares. “We weren’t pitching Latino executives, that doesn’t happen. They understood the sterilization angle and the Mexican angle, they were adamant that this story needed to be told. We need more executives to take chances like this because our community needs to be represented both in front of and behind the camera in every aspect. I hope this helps open doors for studios to take more chances on telling all of our stories.”

Won’t Be “Bending To Anyone’s Demands” Over ‘Closer’; Praises Sarandos