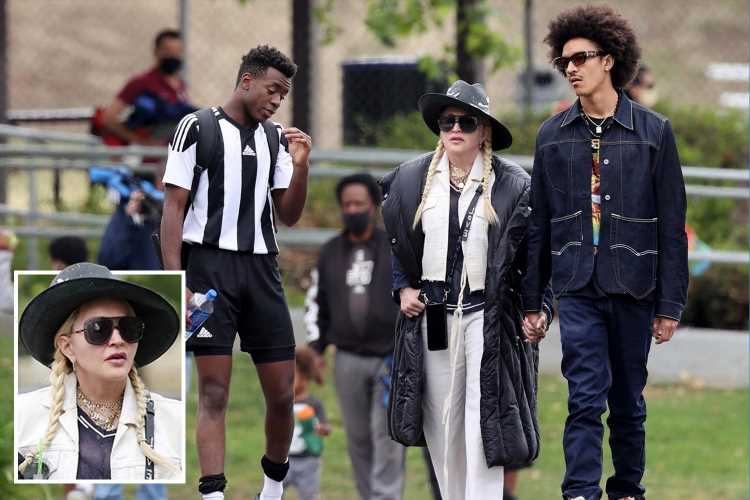 The 62-year-old pop star held hands with her lover, 27, as they walked across the pitch to meet the teenager after cheering him on. 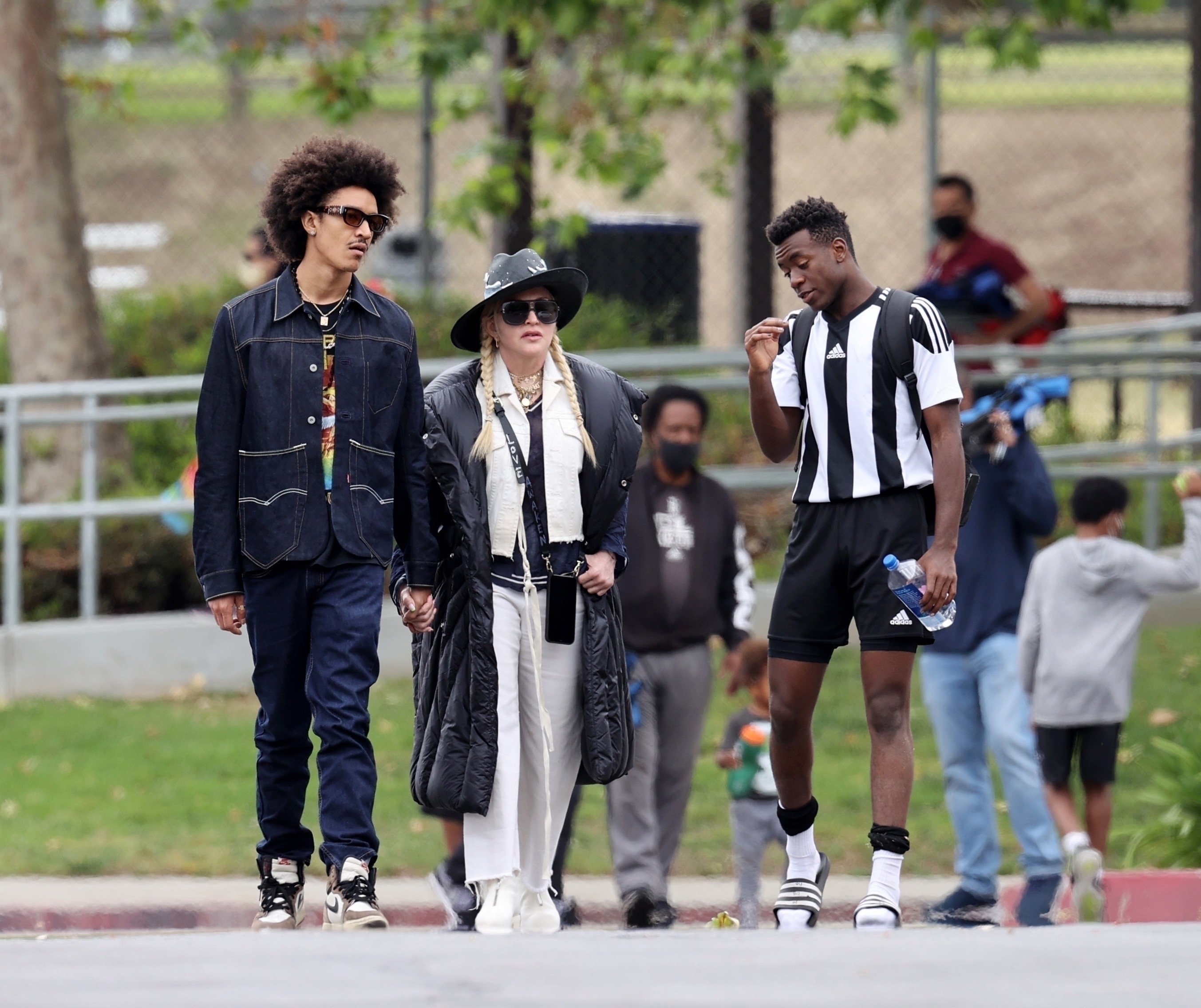 Ahlamalik, whose dad revealed Madge is completely serious about his son, led the way in a double denim outfit and high top nike trainers.

Madonna completed his street style in cut-off jeans and a denim waistcoat, teamed with a long puffer coat and wide brimmed hat.

The superstar marked the occasion with a video on Instagram showing off 15-year-old David's skills on the pitch.

She said: "It was a heated Game for Juventus and Man United!
Juventus lost!! 😬 But as David said to us as he walked off The field:
“Losing is what makes us Winners” !! ⚽️♥️⚽️♥️⚽️♥️" 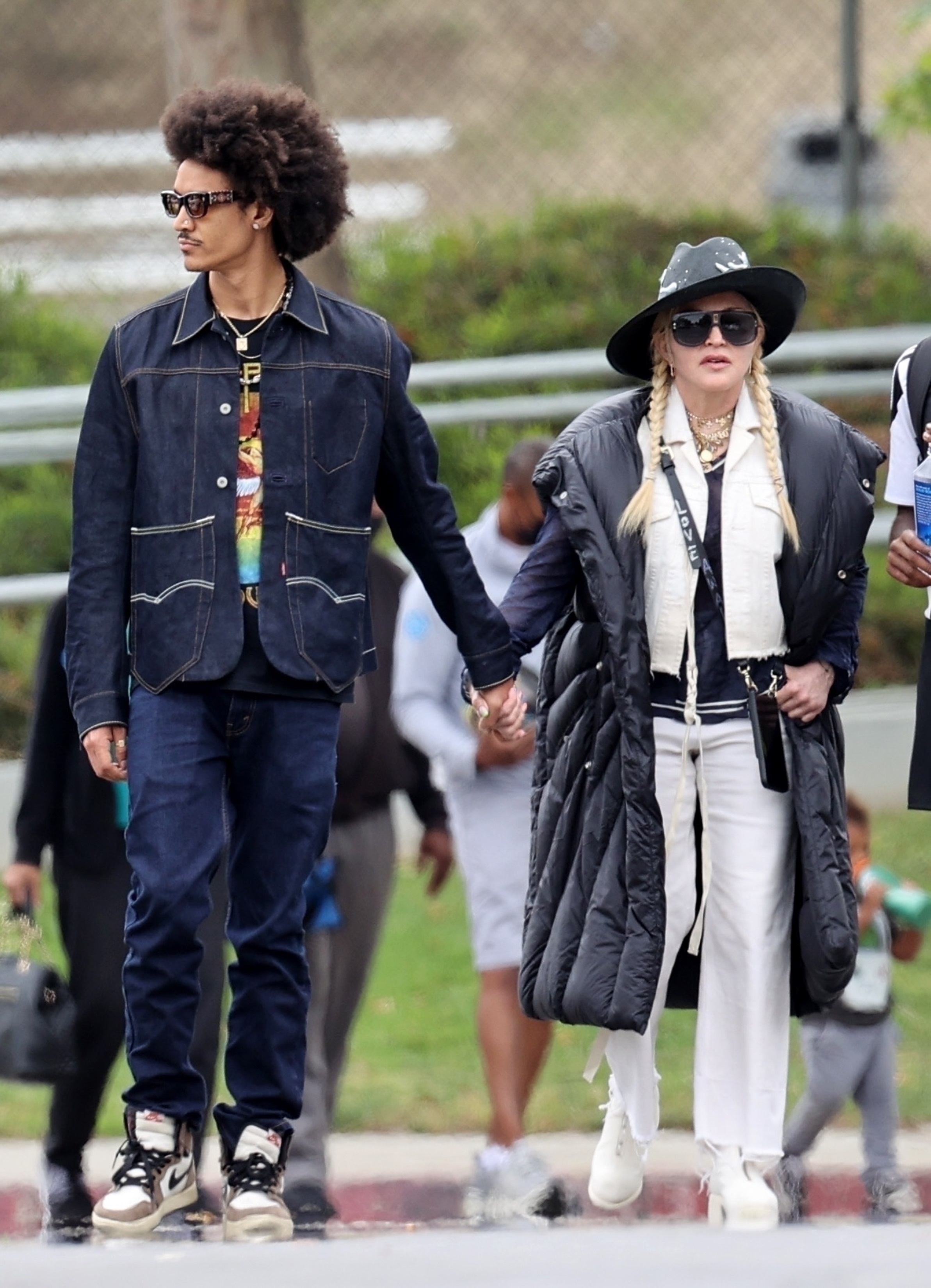 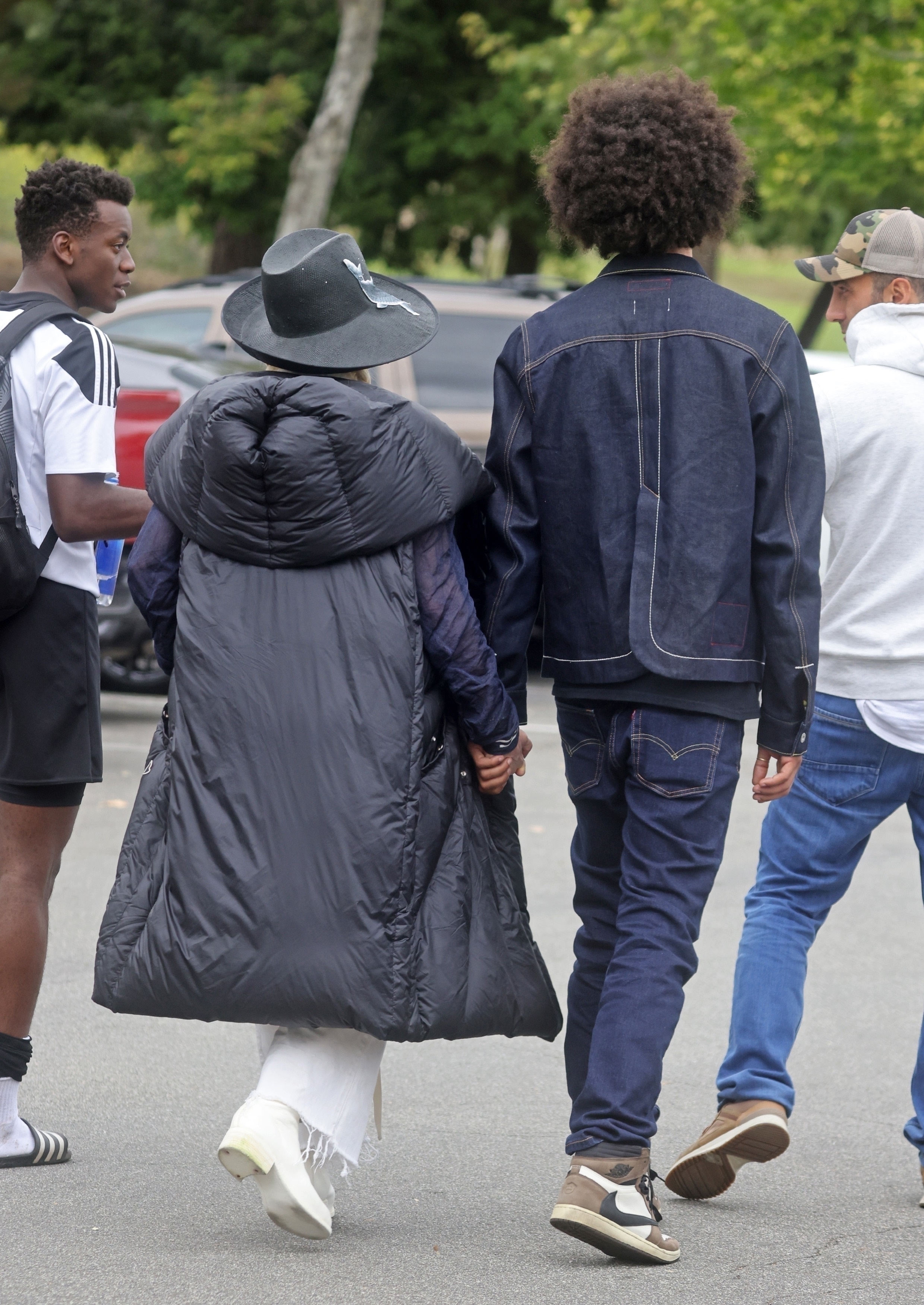 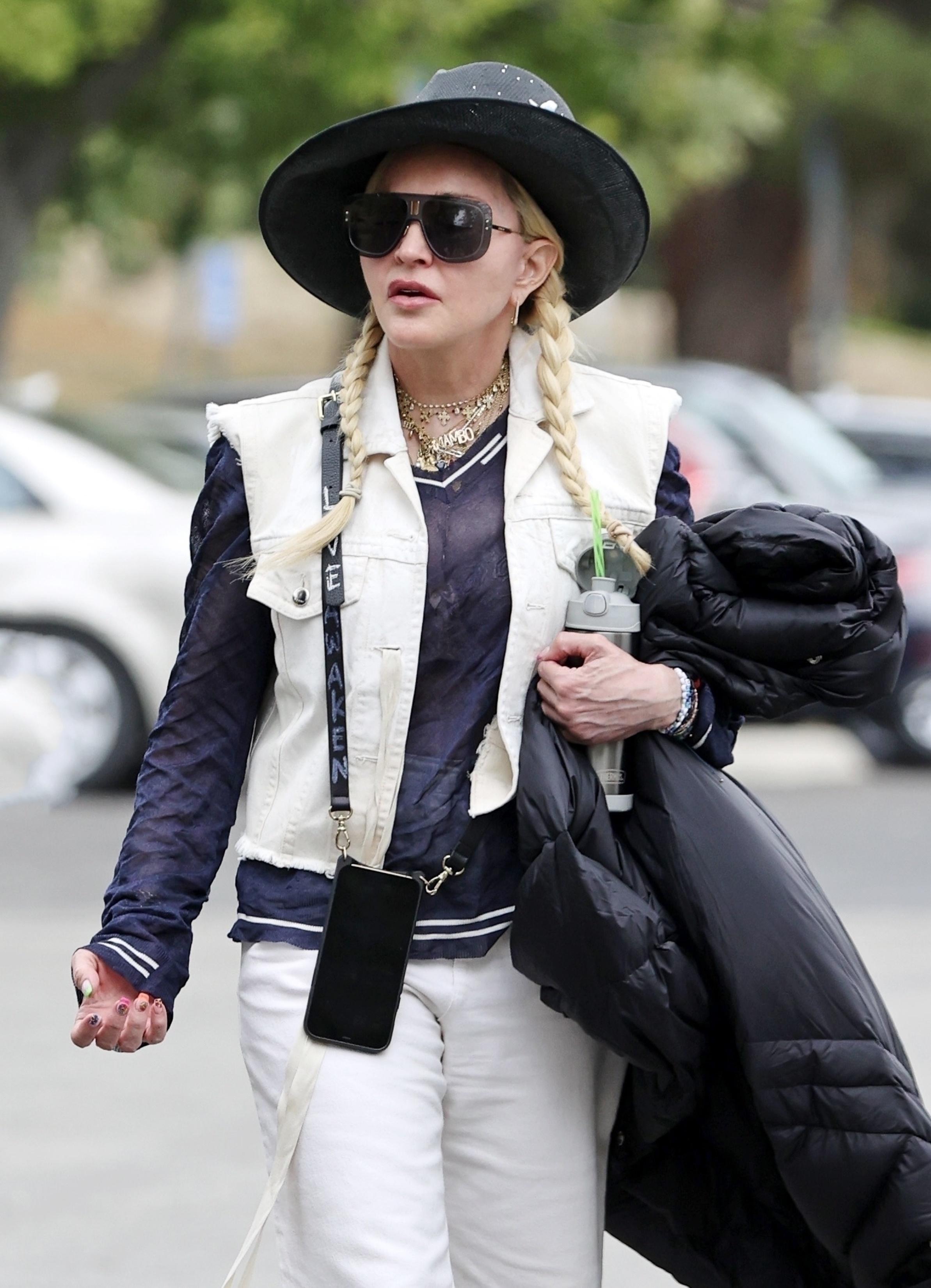 Both Ahlamalik's mum Laurie, 57, and dad Drue, 60, are younger than the music icon but approve of their romance and have already met the star.

Drue, who first met Madge in September 2019, admitted the singer loves his son and wants to take care of him.

He told TMZ: "Love has no age. My son is livin' la Vida Loca, and I'm just happy for him."

Madonna wooed Ahlamalik's parents at one of her Ceasar's Palace shows. 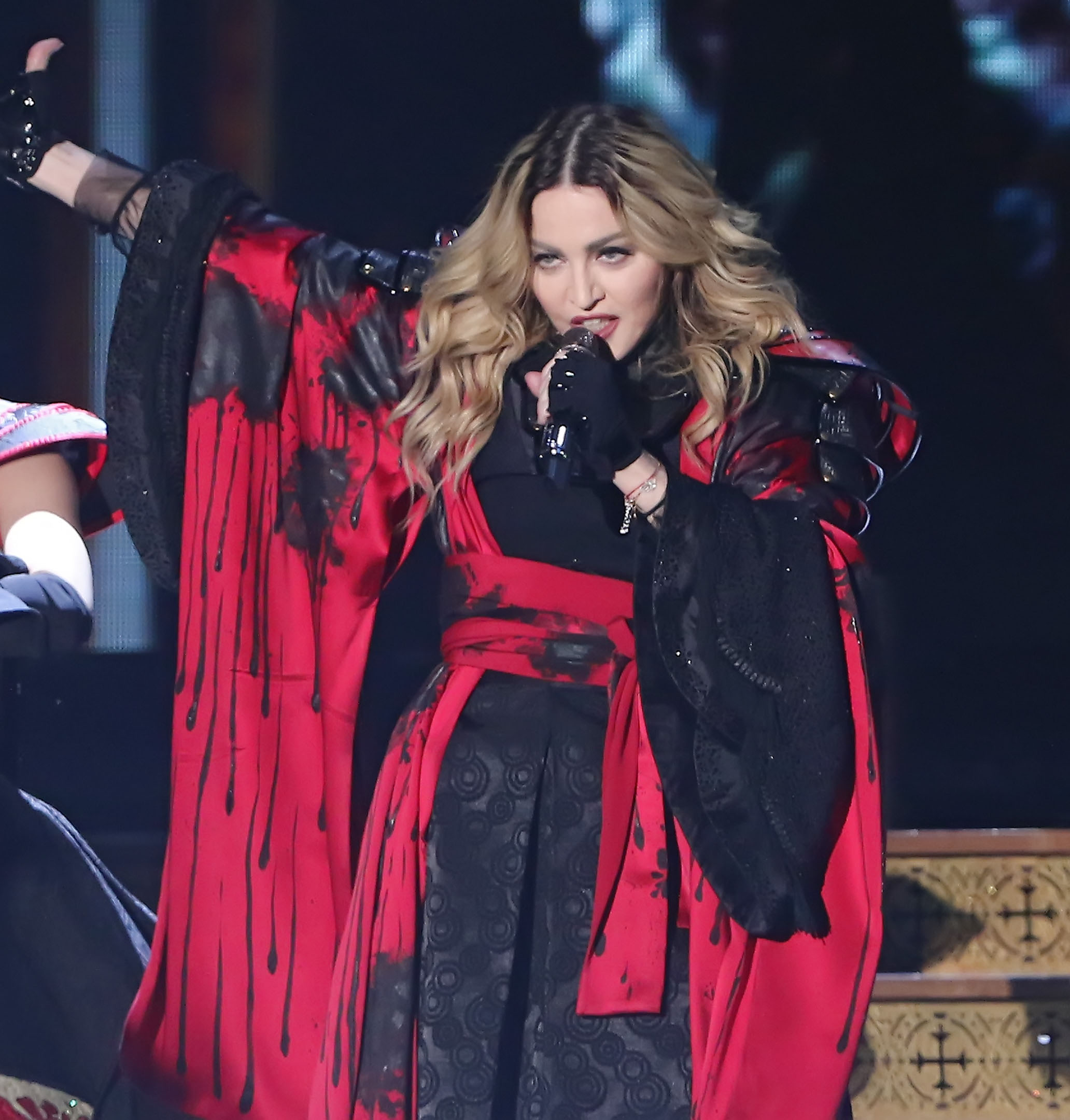 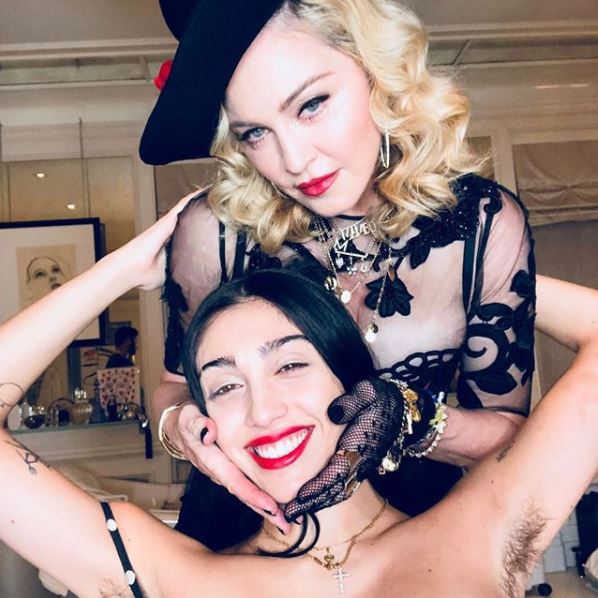 She invited the family to her suite where a personal chef cooked dinner for them.

The mum-of-six also invited them to shows in London and France in early 2020.

Drue previously revealed he supported his son's decision to jump into a relationship with the singer, despite the 36-year age gap- making him closer in age to her daughter Lourdes.