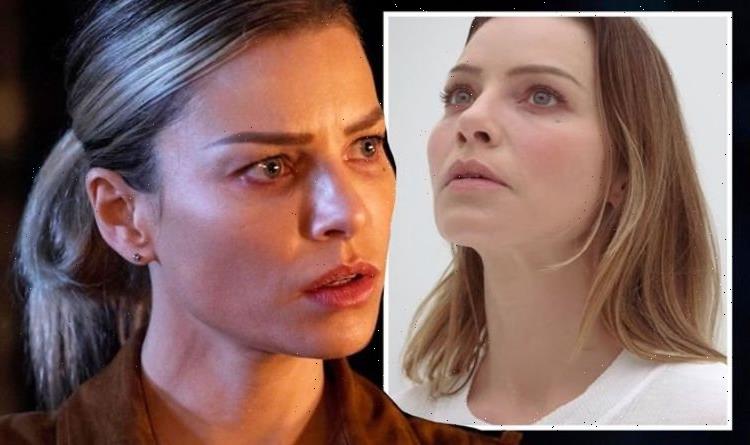 Lucifer season six brings an end to the Netflix drama, wrapping up the stories of Lucifer Morningstar (played by Tom Ellis) and his girlfriend, Chloe Decker (Lauren German). The final 10 episodes were full of twists and turns, with fans being given a fitting conclusion to a series they have been following for the past five years. With newcomers and deaths happening throughout the season, the finale gave an answer to whether Lucifer and Chloe were meant to be together for eternity. Here is everything you need to know about Chloe’s fate.

What happened to Chloe Decker in the Lucifer season six finale?

Chloe faced a whole manner of challenges in the 10-episode season as she tried to help Lucifer understand why dark angel Rory (Brianna Hildebrand) wanted to enact revenge on him.

The youngster was full of hatred for the Devil turned God as he was missing from a substantial period in her life.

As the story continued, it emerged Rory had travelled through time and was the daughter of Lucifer and Chloe.

In the midst of the final episodes, Chloe fell pregnant with the baby in the present day and the parents to be made it their mission to protect their child.

However, future Rory was kidnapped by Vincent Le Mec (Rob Benedict) as he too wanted to get revenge on the show’s protagonist after he whispered something into his ear in season five which had left him in a state of turmoil.

Both Chloe and Lucifer went to save their grown-up daughter but in the midst of fighting off Le Mec’s gang, the mother to be was stabbed.

Having witnessed their futures prior to this altercation, Chloe knew the day in question wasn’t the day she died and she told her partner to go and save Rory.

The Devil turned God did manage to free his child and at this moment, they made peace after being at odds all season.

Le Mec was ready to kill Lucifer as the angel was distracted but an injured Chloe managed to muster up enough strength to shoot the villain.

She was admitted to the hospital where she was treated for her injuries and returned home within days to be with her family.

As Lucifer made the realisation he wanted to be good forever, Rory was still questioning why he was missing from her life as a child.

Having stopped his daughter from letting her darkness take over when she had the chance to kill Le Mec before her mother finished the job, Lucifer believed his new meaning in life was to get rid of all the villainy in the world.

This would mean he would travel back to Hell and work with those who had not made it to Heaven to see if he could change them.

Unfortunately, in doing so, he would have to leave his family behind, which made Rory realise this is why he was an absent father.

Once she discovered this was Lucifer’s calling, the time travel started to wear off and she was going to be sent back into the past.

Rory made her father promise he would not alter the timelines and would still be missing from her childhood as she knew he had a good heart.

With his daughter’s blessing, Lucifer returned to Hell and left Chloe to live a normal life and raise their daughter on her own.

The fellow angels on earth ensured the mother of one had all the support she needed but she was always missing the love of her life.

Did Chloe Decker end up in Hell in the Lucifer season six finale?

With time passing by, the closing scenes of the season six finale saw an ailing Chloe on her death bed and she was joined by angel Rory.

Lucifer’s daughter reminded her mother they would meet again on the celestial plains because she was an angel after Chloe said she was going to miss her after her death.

Chloe passed away peacefully and when she arrived at the in-between for Heaven and Hell, she was back in her younger form.

Amenadiel (D.B. Woodside) joined Chloe and asked her if she was “ready to go home” to which she agreed she was.

They both gave each other a knowing smile but before viewers could see Chloe ascend, the scene cuts to Lucifer in Hell.

Now serving as a counsellor to the fallen, he was seen speaking with the likes of Le Mec about how they could change their ways.

There was a knock at the door and so the Devil turned God went to answer it but he was amazed to see who was standing there.

Chloe had arrived to join him in Hell so they could spend the rest of eternity together, working to make villains better.

It is not written the residents of Hell cannot make it to Heaven one day if they change their ways as Lucifer has managed to do so in the past.

This means Chloe is not permanently trapped in Hell but can move between the two realms with Lucifer instead of returning to earth.

Lucifer seasons 1-6 are available to stream on Netflix.