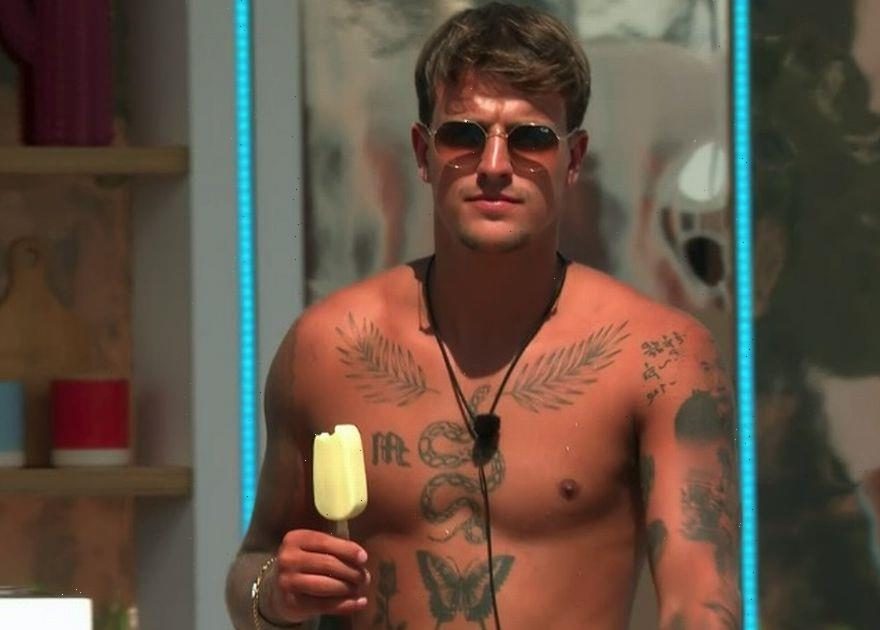 Love Island viewers were left stunned on Monday night as Luca Bish claimed he was “not punching” above his weight by pursuing Gemma Owen.

Hot on the heels of a dramatic re-coupling which saw four Islanders pack their bags and leave the villa, tensions were running high for the remaining couples as they continued to forge ahead with their relationships.

Yet it was an exchange with Paige Thorne that had viewers at home baffled, as Luca claimed he was evenly matched with Gemma, and not punching above his weight by trying to date her.

Kicking off the conversation as they sat on the terrace, the Islanders were discussing TOWIE star Mark Wright and his relationship with Michelle Keegan, who Luca and Adam Collard both agreed was well out of Mark's league and that he was "punching."

Commenting that it was a "good thing", Paige turned her attention towards Luca as she light-heartedly told him he too was punching above his weight.

Unwilling to let the subject drop, she then continued: "Do you not think that you are? What you'd say you're equal or more?"

However, Luca remained firm and refused to budge, quickly laughing it off as he refused to be drawn.

Adam then chimed in to say he was "punching" with Paige, to which Luca burst out laughing before clapping back to his friend: "I don't think you're punching."

Suddenly rattled, Paige doubled down on her remarks and said: "I think you should be proud to say it. Gemma's unreal."

Calling Paige out for her blunt approach, Adam told her: "I think that was pretty harsh to say that he's punching."

But Luca remained unfazed as he swiftly told Paige: "There's more punching here than you. You are punching."

Reeling from the exchange, which Paige herself couldn’t quite believe, the young paramedic relayed the conversation to her fellow girls, who remained equally bemused by Luca’s self confidence.

Fans at home were quick to react to the conversation, with many fans thinking he should have agreed even if he didn’t agree to be polite towards Gemma’s reputation.

One fan wrote: “As a man you should be able to proudly admit that your girl is out of ur league. That was very strange of Luca.”

While a second added: “Luca is punching, he can’t bear to hear anything to the contrary. It’s a fragile ego thing."

A third fan then chimed in: “Ain’t no way Luca has just said he ain’t punching with Gemma… what mirror is he looking in cus he definitely ain’t looking at himself.”

A fourth remarked: “Luca trying to convince himself he isn’t punching with Gemma ! Behave yourself mate you totally are."

Another viewer also agreed, commenting: “You see if Luca wasn’t crazy he would of said 'course I’m punching look at her she’s gorgeous mate but instead he’s fighting everyone.”

Not everyone felt Luca was at fault however, with several fans also calling out Paige for bringing up such a loaded subject in the first place.

Sharing their thoughts on the subject, one fan wrote: “Paige is pushing insecurities onto Luca. Guy clearly has trust issues and telling him that he’s not on Gemma’s level and then getting pressed when he gets his back up.”

A second fan also agreed, writing: “Was there any need for that Paige? Just because you can admit it doesn’t mean everyone can.”