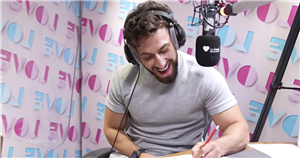 Love Island winner Kem Cetinay has hinted he’d like the chance to return to the villa as a bombshell in the hopes of coupling up with Millie Court.

It was revealed on his podcast Love Island: The Morning After that he has a bit of a thing for the Essex-born blonde who he claims lives “really close” to him.

Kem was talking about the latest recoupling with his co-host Arielle Free and as they discussed Millie’s decision to recouple with Liam Reardon, Kem asked: “Do we think that they’re gonna get back together?”

Arielle pointed out that since Liam’s fling with Casa Amor’s Lillie Haynes was exposed, the pair have “kind of agreed that they’re going to try things out and take it slow.”

Kem looked disappointed by the news and Arielle quickly explained that “Kem likes a bit of Millie.” He shrugged off her comment, saying that “She just lives really close to my house.”

Joining Kem and Arielle on the episode was Jason Okundaye who gave his view on the situation.

He said: “I do think they’ll send in a bombshell for Millie to speed things up so she has to make the decision of, ‘Can I get over this betrayal and make the decision to go back to Liam?’ Or, ‘Will I actually explore things with another boy?’”

Make sure you never miss our exclusive Love Island scoops by signing up to OK!’s daily newsletter.

“I hope a bombshell comes in for Millie,” Arielle added. To which, Kem cheekily responded with: “What, like a 5’8” Turkish man?” – clearly referring to himself.

Arielle proceeded to ask whether Kem would actually re-enter the villa as a bombshell to which he quickly backtracked saying, “No never. I couldn’t do that,” with a big smile on his face.

Arielle laughed and came back with: “You would be the worst because you would go around being annoyed at everyone doing fades with barber’s clippers or singing a little bit leave it which you got right on your high horse about.”

She continued: “You like Millie. You think there’s a bit of a connection between you and Millie because she used your speech no?”

As far fetched as it may sound, Kem might be onto something considering the villa is going to be four people down by the end of tonight’s (5 August) episode.

Up for the chop are Hugo, Tyler, Sam, Clarisse, Amy and Mary.

Love Island continues tonight at 9pm on ITV2 and ITV Hub. Episodes are available the following morning on BritBox.