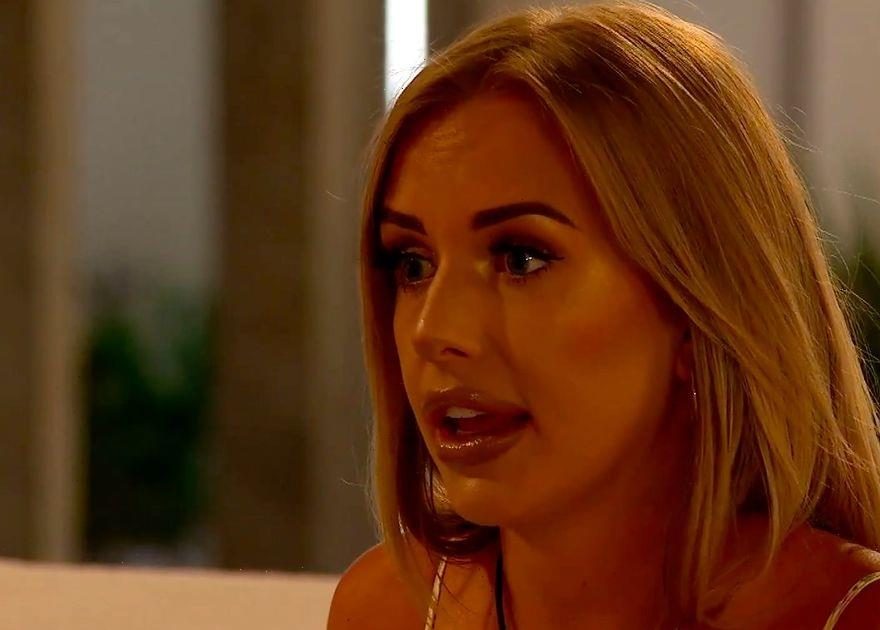 The pair have had a rocky journey in the villa, but had swiftly become fan-favourites as one of the most real and genuine relationships in this year's series.

Sadly, a string of revelations during movie night left Faye, 26, finally seeing the extent of Teddy's flirting with Clarisse Juliette, 24, and she was utterly livid.

Unable to let go, the contestant raged through the villa and every time Teddy, 26, tried to approach her she launched a fresh load of anger his way.

The pair continued to butt heads until a chat saw them finally part ways.

"I know what I'm worth," Faye told the financial consultant. "We're done," and an upset Teddy slung Faye's ring back to her and it appears they could be over for good.

Fans had their say over the scenes, as one person tweeted: "In my opinion Faye was never that interested in teddy, and just wanted to find away out of it and that clip just gave her the perfect way out. #loveisland #justmyopinion."

While a third posted: "Faye didn’t even let Teddy speak or express his emotions . It’s always all about Faye and Teddy having to run after HER. #LoveIsland."

Viewers were heartbroken when Faye pushed Teddy away after seeing a postcard of him kissing another girl in Casa Amor, and when he came back alone it was utterly devastating.

Thankfully, the Devonshire contestant realised she'd been "silly" and recoupled with Teddy almost straight away following a chat.

Many thought the duo were going to win this year's series with questions remaining about the integrity of 24 year old Jake Cornish's feelings for Liberty Poole, 21.

Yet Faye has already been questioning if she and Teddy "match" and if he will get on with her mum and dad in the outside world.

Find out more about the latest gossip from Love Island with the OK! newsletter in your inbox every day

Speaking to the girls on the terrace one morning, the blonde contestant admitted she was worrying over their differing tastes in music too.

However, the truth ended up with Faye admitting to her friends that she didn't think she was good enough for Teddy deep down.

There's drama still to come as Faye and Jake have it out over their spat too, as Jake said his "blood was boiling" over Faye's comments claiming he was being fake.

Love Island continues tonight at 9pm on ITV2 and ITV Hub. Episodes are available the following morning on BritBox