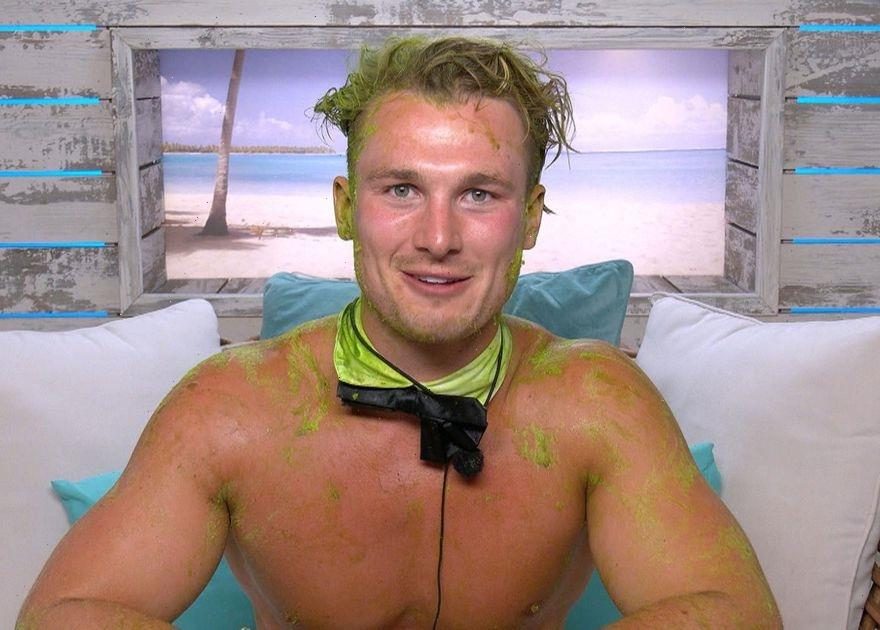 Chuggs Wallis moaned his place in the villa came to an end too soon because the girls "took forever to get ready".

Sadly for the reality star, he'd failed to wow Rachel Finni, who chose Brad McClelland over him, meaning his time in Spain was over after two days and three nights.

The Love Island star complained that he was down on time because the beauty queens wouldn't emerge until lunch time each day.

With the lengthy getting ready process, he explained there was only enough minutes remaining to undergo "one chat" with each girl.

The Booby Buckets hat founder also expressed that he didn't have an instant attraction to any of the line-up this year so instead wanted to couple up with someone based on their interests and personality.

But he believes he wasn't given enough time to understand each of the ladies as much as he would have liked.

Speaking to former Big Brother housemate Simon Gross on Instagram live, Chugg said: "It was intense and I was a bombshell.

"Completely forgot that I was the bombshell. Because you watch the show back home and the bombshell is the guy that comes to steal the girls.

"But I didn't want to steal the girls because there wasn't particularly any girls in there that I would sort of usually go for."

He raved: "So it was a bit of a funny one, so I was trying to delve in a little bit deeper, get to know personalities, values, interests, see if they had any hobbies that were similar.

"And I didn't have enough time to chat to people.

"I went on a date with Sharon, had a lovely chat with her and then I spoke to her in the villa the next day but the other girls, I literally only had time to chat to them once.

"It was literally one chat. Because they take forever to get ready in the morning.

"I mean they're coming down just before we have lunch," added Chuggs.

At this point stunned Simon responded: "What! So how long do they take? What, so they get up in the morning and they're not coming down until lunch time?"

"Yeah so we wake up, the girls go and get ready," explained Chuggs. "The boys just go straight out, smash breakfast and do a bit of gym.

"We're ready waiting for them for must be at least an hour, an hour and a bit.

"So that takes up a lot of the day and then you’ve got lunch," added the Surrey lad.

The blond hunk also said he'd had his sights set on Shannon Singh before going into the villa but sadly she'd departed before he had a chance to shoot his shot.

Liberty Poole, who is coupled up with Jake Cornish, also caught Chuggs's attention and if he had his time over again he might not have played things so safe.

Chuggs admitted: "I should have told her [Liberty] a bit more rather than just sit back."