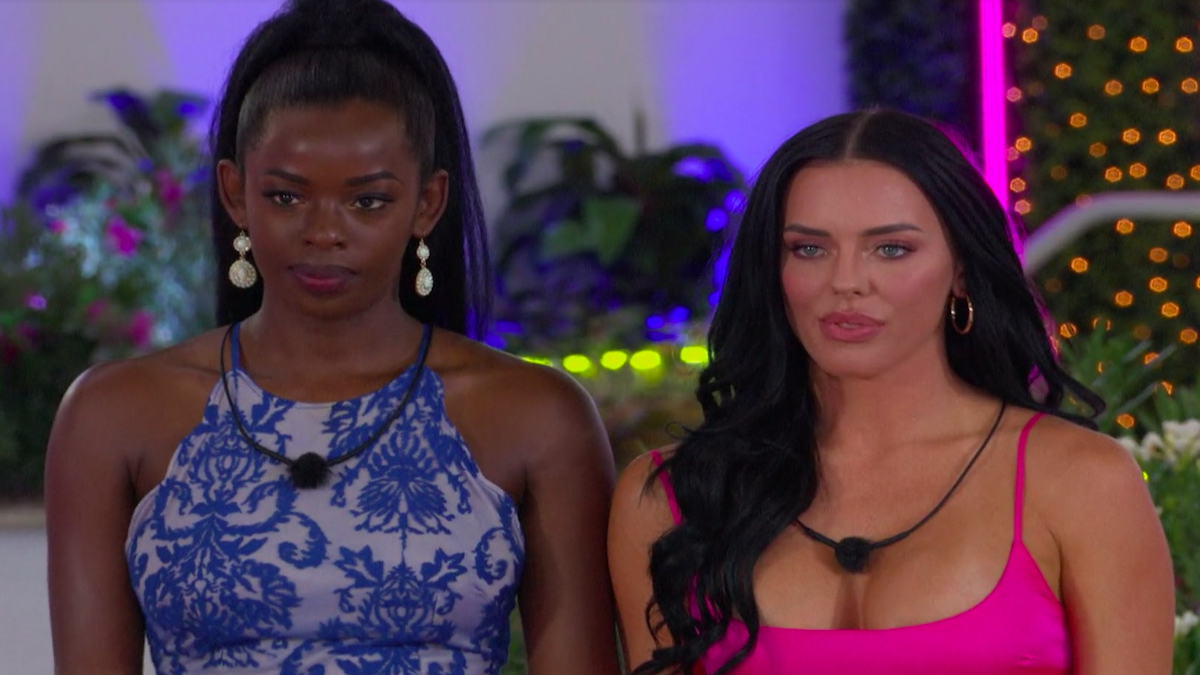 Finally. What we’ve all been waiting for on Love Island: the drama. After a week of getting to know their partners, it’s time for a recoupling.

This time it was up to the boys to choose – leaving one girl not only single but kicked off the island.

The decision came down to Tre

With the other couples pretty much solidified with their current choices, the decision came down to ex-college football player Tre.

The choice was between single girls Justine and Kaitlynn – two girls that haven’t exactly had the easiest time on the island.

Tre did share a kiss with Kaitlynn on night one and it was clear the two had a physical connection. The villa was divided and Justine questioned in her confessional if their connection was stronger than his attraction to Kaitlynn.

In his recoupling speech, he told the group, “I don’t open up to people often, I feel like if I open up I leave myself vulnerable. The conversations that we did have – each time I’m left with something.”

Tre ultimately felt that he and Justine were more well suited, and could see Kaitlynn jumping ship when someone more her type came into the villa.

Viewers were happy to see that Tre went with his genuine connection with Justine, instead of going solely on looks with Kaitlynn. Although the two didn’t start on the best terms, they did find a spark.

Date night! 🥂 What do we think of the new boys? #LoveIslandUSA

Date night! 🥂 What do we think of the new boys? #LoveIslandUSA

Too bad Kaitlynn left, because two new boys came after her departure at the recoupling ceremony. New boys Calvin and Caleb chose Moira and Kiresten Saulter as their first dates on Love Island.

Kiersten told Carrington that she has no interest in getting to know anyone. However, on her date, she tried to be loyal, but her exact words were that Caleb’s confidence “gets her hot.”

Moira — she has been loved up with partner James — let new date Calvin know that she is open to getting to know him.

It’s safe to stay the new boys are here to stir up some new drama.

Things are heating up in the Las Vegas villa and we’re all looking forward to seeing who’s head will be turned this season.

Love Island USA airs Monday-Friday at 9/8c and Saturday at 8/7c on CBS.