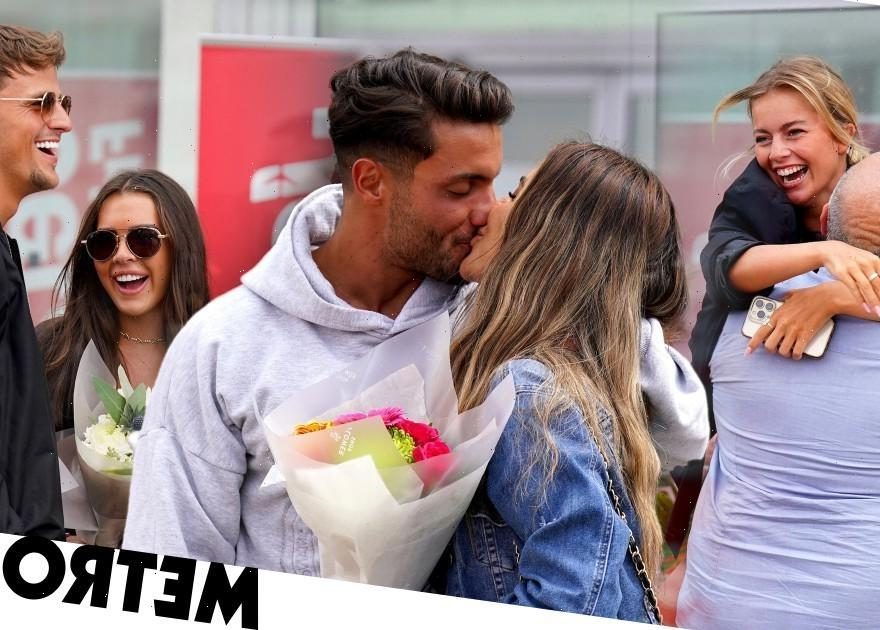 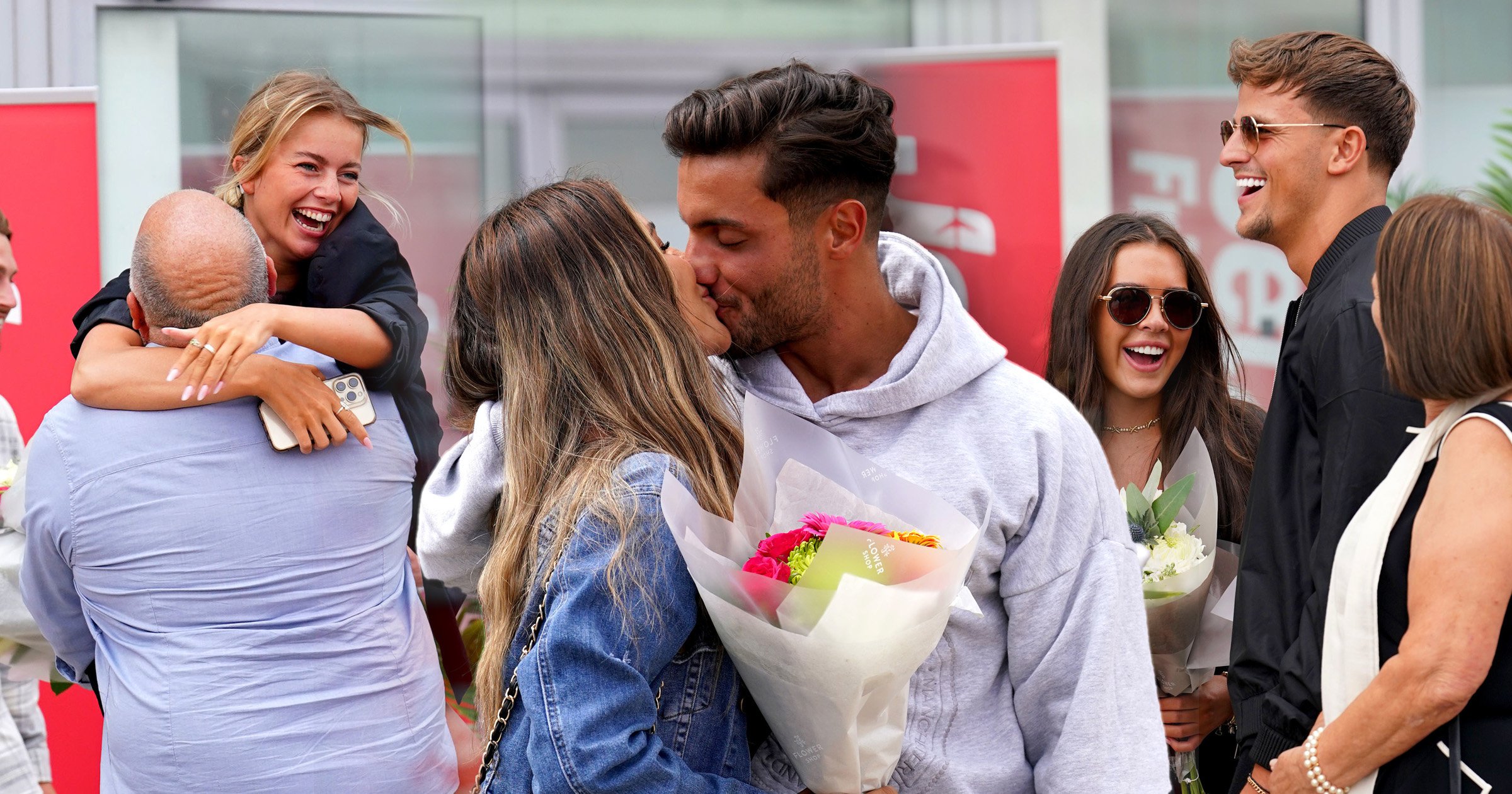 The cast of Love Island 2022 have landed back in the UK after spending the summer in Majorca, and were mobbed by fans on their arrival.

Tasha Ghouri was seen smiling broadly as she threw her arms open when she caught sight of her dad waiting for her in arrivals.

Overwhelmed with joy, Tasha soon leaped into his arms for the first cuddle they were able to have, after being banned from touching when the parents visited the villa.

She was seen wearing a brown two-piece with an unusual strip of fabric hanging from the top and an oversized blazer, paired with chunky trainers.

Andrew Le Page was also spotted behind her, grinning as his mother ran towards him to give him a long-awaited hug.

Gemma Owen was also seen looking over the moon as she caught up with her family, before being handed a stunning bouquet of white flowers to welcome her home.

She and Luca Bish were both dressed in black as they hopped off the plane, with Luca seen enveloping his mother in a warm hug.

Luca’s mum was seen wearing a jumper with ‘Nick Cave’s mum’ written on the sleeve, alluding to the family’s friendship with the Bad Seeds star.

Nick and his wife are close to the Bish family due to Luca’s friendship with their late son, Arthur, and his twin brother Earl.

Ekin-Su Cülcüloğlu and Davide Sanclimenti looked even more loved up than ever as they landed, bursting through the gate with excitement before sharing a kiss for the cameras.

Davide opted for spray-on skinny jeans and a grey hoody for the journey, while Ekin-Su paired leather trousers with a denim jacket, before being given a bouquet of colourful flowers to welcome her home.

Ekin-Su and Davide emerged victorious after having a tumultuous relationship in the villa, with their fiery nature winning over fans.

Luca and Gemma, who had been together since the early days of the show, came in at second place while Indiyah Polack and Dami Hope came third.

Andrew and Tasha were the last finalists, finishing up in fourth place overall.

Say hello to your social lives once again – Love Island 2022 is over, with Ekin-Su Cülcüloğlu and Davide Sanclimenti being crowned the winners in an epic final.

If you missed it, don’t fret – here are the highlights of the end of a brilliant series:

For all the latest updates, visit Metro.co.uk‘s Love Island page.