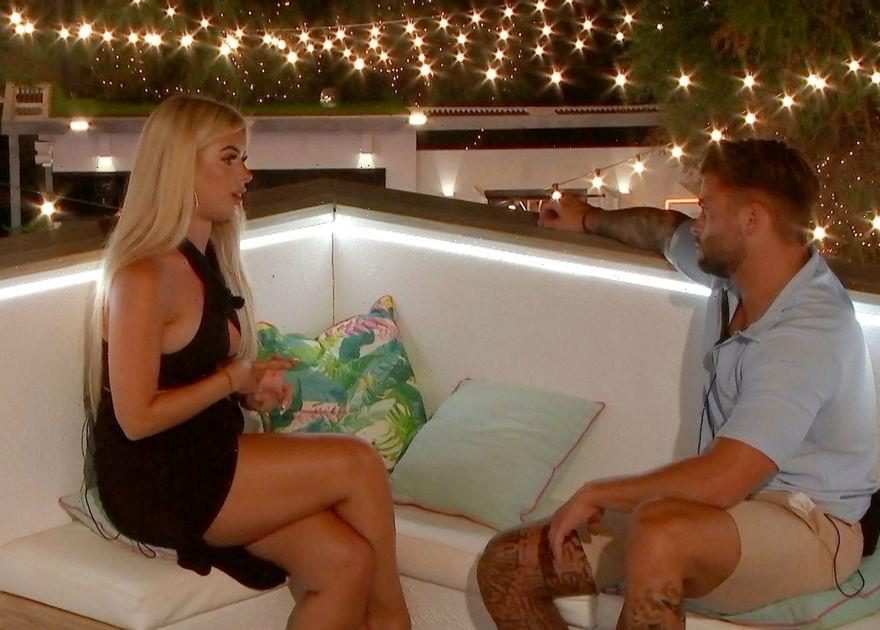 Jake Cornish and Liberty Poole's Love Island romance hits the rocks on Thursday's show as they decide to call it off ahead of Monday's final.

A teaser clip for tonight's episode shows Jake looking anxious as Liberty storms off. She then sobs as she claims she and Jake might not be right for each other.

The popular islander says: "I just don't think we're right for each other" as she is comforted by her friends.

Now it looks unlikely that Jake and Liberty – who have been coupled up since day one – will go on their final date. This would be the first time in Love Island history that a final date has been cancelled.

A source told The Sun: "On tonight's show, all the islanders go on their epic dates – but because Liberty was so upset with Jake, it could be cancelled for the first time in show history.

"All the other couples go on theirs tonight, but Lib and Jake don't go.

"Normally by this stage all of the couples are loved up but this has thrown a real spanner in the works – how can you send a couple on a romantic date when they're on the verge of a split?"

Jake, 24, and Liberty, 21, have until now been the most solid couple in the villa. Others including Faye and Teddy and Liam and Millie have faced roadblocks, while Chloe and Toby took some major detours.

Jake has also been accused of being dishonest and a game player, both by viewers and fellow islanders like Faye.

Now it seems that 'Jiberty''s chances of winning the £50, 000 grand prize are very remote. Meanwhile, some fans are convinced that the show's savage lie detector challenge is back – and that's why Liberty is upset.

One said: "Why do I feel like the lie detector episode is tomorrow and Liberty finds out Jake isn't in it for the reasons he claims he is and that's the reason why she breaks down."

Someone else said: "Imagine we get the lie detector tomorrow and that’s why Liberty is so upset."