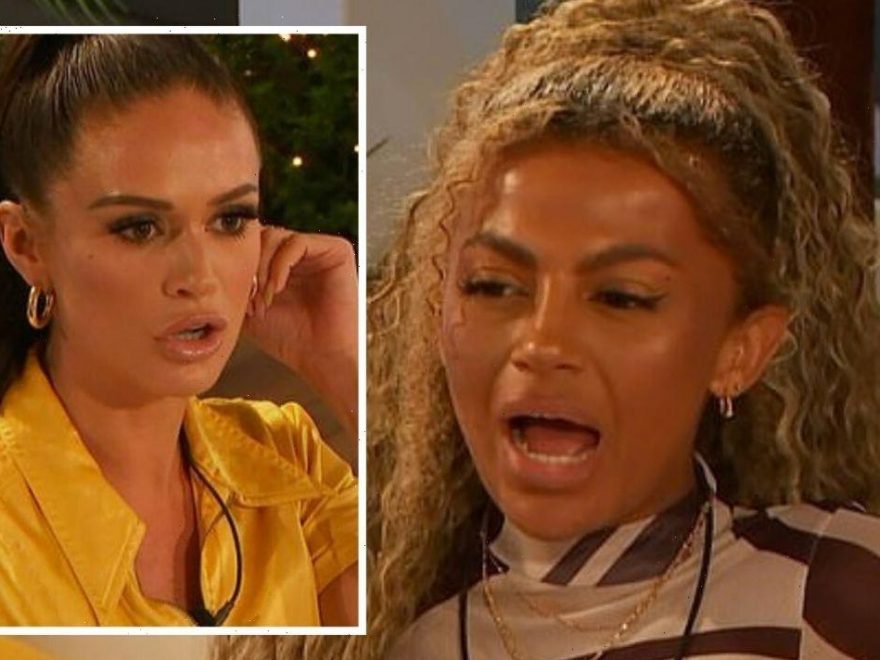 Tensions were already high in the Love Island villa after the recoupling on Friday night, and they continued to escalate as Olivia pulled Tom for a private chat. Unhappy with the situation, Zara aired her grievances which ended with the pair having an explosive row. However, fans were left divided and took to their Twitter accounts to discuss who they thought was right.

After the recoupling on Friday, January 20, Olivia was paired with Haris Namani, and things had been going in a positive direction.

However, tonight she left fellow islander Zara fuming when she pulled her man Tom for a chat to see where they both stood with one another.

Olivia headed over to the day beds where Tom, Zara, Tanya Manhenga, Ron Hall and Lana Jenkins were having a chat and asked if she could steal Tom away for a moment.

Speaking at the fire pit, Olivia asked: “I pulled you because I knew you wouldn’t, Zara made it known this morning that you had a kiss, but you’ve been saying it’s 50/50.”

Tom explained: “Yeah but I said to Zara I still wanted to get to know you, I didn’t want to shut that door.”

Trying to confirm how the situation made her feel, she added: “You were still in that mindset and then you kissed her which has probably made it worse, which made me feel s**t if I’m honest.”

Back over on the day beds, Zara was venting to the rest of the group and fumed: “Why would I come to South Africa to just jar her out?

“If I was her from the beginning, them two wouldn’t be a thing.”

As Olivia and Tom finished their conversation, Olivia headed back over to the group, where Zara asked: “What was that?”

Olivia laughed and replied: “Huh, what do you mean?” to which Zara asked again: “What was that? I wondered what the conversation was about, the context?”

She fumed: “Private? Well I like to be open here so can I ask you what it was about?” however, Olivia continued to act coy and laughed: “I like to be private in here if that’s ok?”

Realising she wasn’t going to get an answer from her, Zara expressed: “Things come out eventually Liv, it’s fine.”

Olivia simply stated: “It’s not about you it’s about me and him,” but Zara clapped back: “I’m in a couple with him so it does kind of concern me.”

Trying to lighten the mood, Olivia teased: “Are you married?” however Zara was left unimpressed and explained: “I’m here to find someone and I see a future with him.”

Olivia bluntly replied: “I see you’re playing a game, you have been in here for two days.”

Defending her response, Zara explained: “But I like the boy, I ain’t playing a game, I am in here for myself, do you think I have flown 11 hours from England to p**s you off? Get over yourself Liv.”

Olivia got up and stormed off from the group, shouting: “I’m not here for drama, I’m not f***ng having it.”

Trying to defend Olivia, Ron told Zara: “You can’t do that though we all live together.”

Viewers of the show stormed over to their Twitter pages, as @voldysbaldhead defended Olivia: “I so badly want to be on Zara’s side but.. #Loveisland.”

Lauren Marshall commented: “So she can’t have feelings for him anymore just because you’re coupled up with him? Ok then. #loveisland

However, Jen defended Zara and said: “Olivia needs to stop making herself a victim if she’s done with Tom then why does she keep going back to him #LoveIsland.”

@ItsNellaLaws added: “I’m sorry but you have to tread on someone’s toes in there in order to get what you want so I can’t lie, Olivia needs to go #loveisland.”