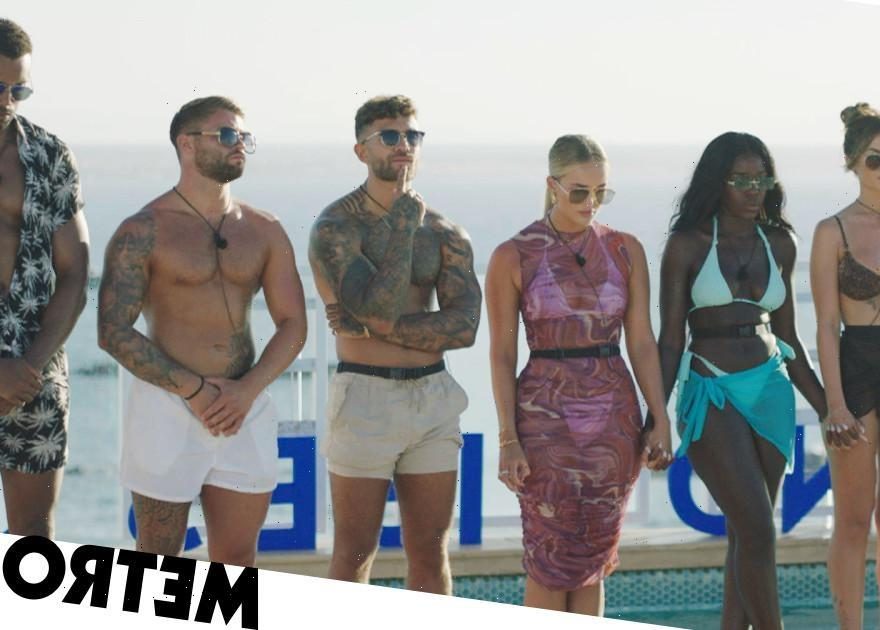 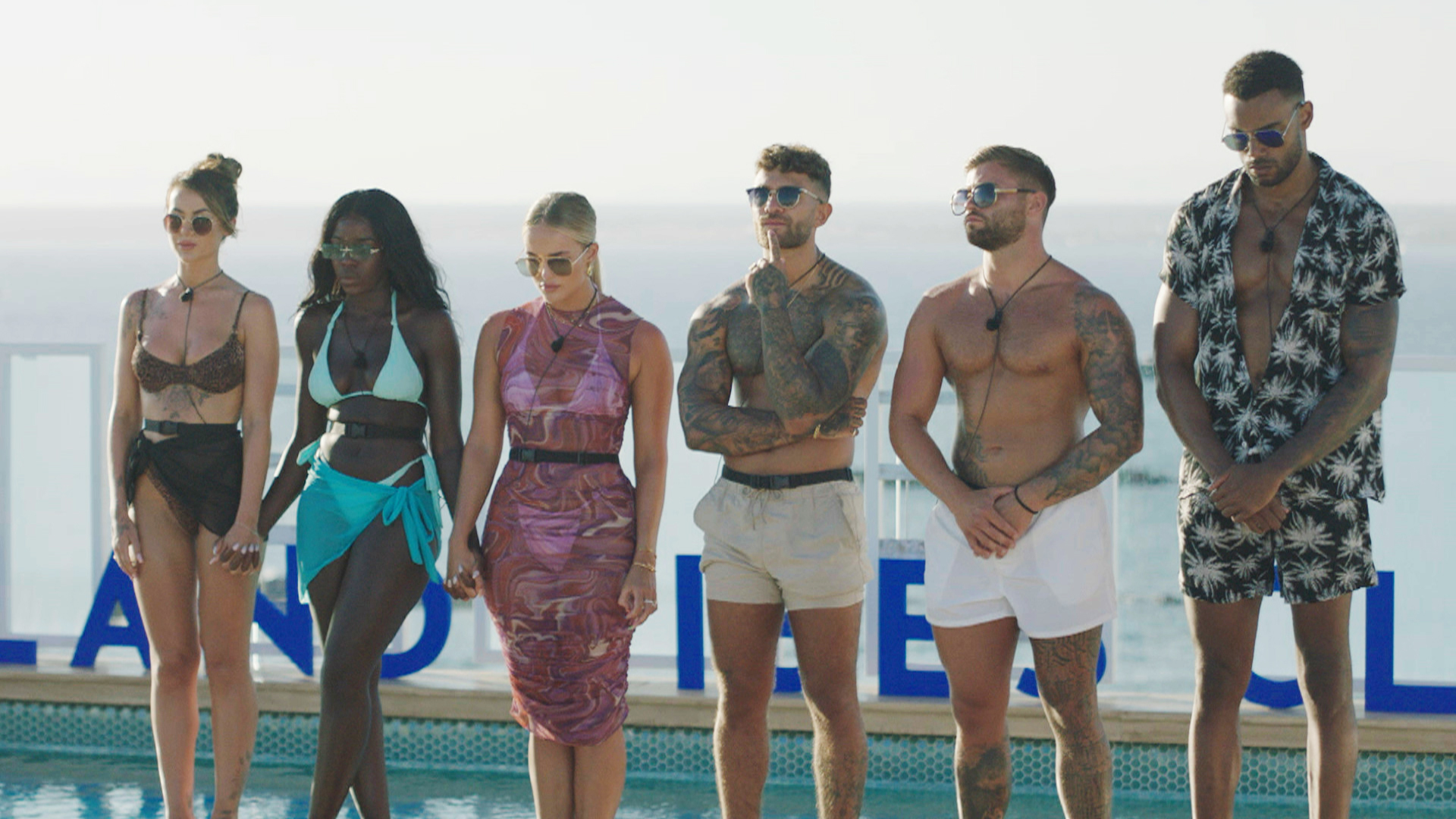 Love Island stars Abigail Rawlings and Dale Mehmet said farewell to Love Island after being dumped from the villa tonight.

The pair found themselves among six islanders – including Kaz Kamwi and Jake Cornish – who were voted least favourite by the public vote.

However, Laura Whitmore announced that the rest of the islanders would have to choose one boy and one girl to leave.

Sadly, the girls decided it was time for Dale to end his Love Island chapter while the boys sent Abi packing her bags.

Chloe Burrows said: ‘We love all you boys so much and you’re massive hearts in the villa and in this experience but unfortunately we do have to send one of you home,’ before announcing Dale’s name.

After being given the boot, Abi said: ‘I actually do feel like it was my time to go. I felt a little bit like a loose part. I had some really amazing highs and some lows and I’m just grateful to be here.’

Dale added: ‘It’s bittersweet, I feel like I came in here and did what I said I was going to do. Me and her have been through thick and thin and I don’t think I’d want to leave with anyone else.’

In yesterday’s episode, Laura strutted in to interrupt the islanders’ beach party away from the villa to deliver the bombshell news.

‘Those dumped from the island will leave immediately and will not return to the villa.’

Laura then reeled off the names of the three girls who are at risk: Abigail , Mary Bedford and Kaz, before turning her attention to the three boys in the bottom: Tyler Cruickshank, Dale and Jake.

It had been a rollercoaster journey for Abi, who made a beeline for Toby Aromolaran when she entered the villa despite him being coupled up with Chloe. Toby then decided to ditch Chloe for Abi but his head was turned again when he met Mary in Casa Amor.

In a twist of events, Toby did another U-turn and dumped Abi for Chloe when he returned from Casa Amor, leaving Dale to make a move on Mary.

However, Abi also fancied Dale and awkwardly chose to recouple with him despite his connection with Mary.