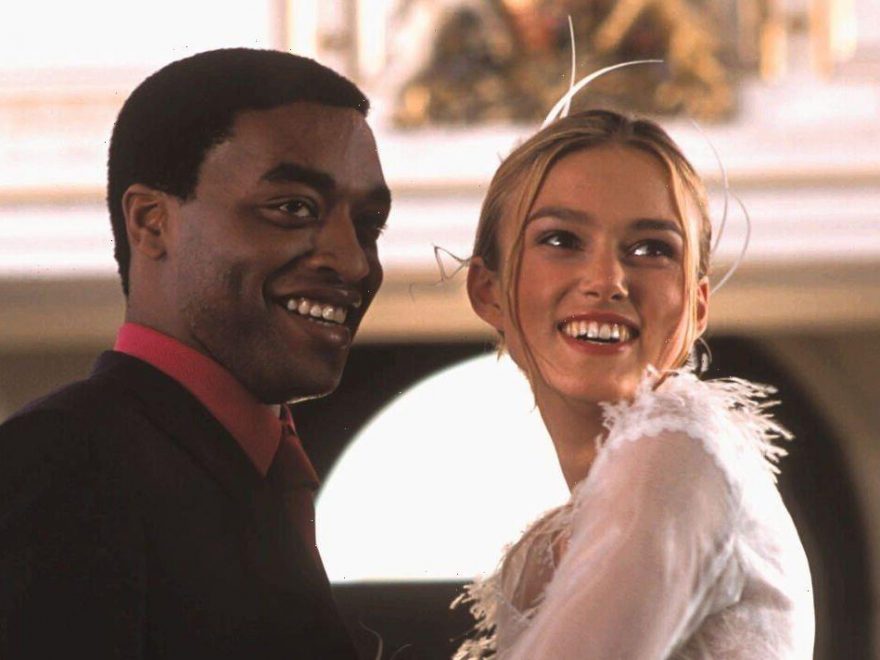 Love Actually is one of Britain’s favourite Christmas movies of all time. The 2003 romantic-comedy epic has gone down in history as an extremely popular movie full of stars and touching stories – but they were not all happy. One particularly heart-wrenching story involved Mark (played by Andrew Lincoln) who was secretly in love with his best friend’s wife, Juliet (Keira Knightley).

After spending the entire movie fantasising about being with Juliet, Mark decided to go behind Peter’s back – played by Chiwetel Ejiofor – to confess his feelings.

In an iconic cinematic moment, Mark went to the door of their house and held up signs telling Juliet how he really felt about her. But, because the film ended shortly thereafter, the end result of the complex love triangle was never addressed – until now.

Knightley has previously spoken out about the future of the trio. Would Juliet have stayed with her husband after all? Or would the public display of affection from Mark have convinced her to jump shit and get with him? Unfortunately, the ending isn’t what you might expect for the Pirates of the Caribbean actor.

Knightley revealed: “Yes, I know that I stay with my husband!” Before adding: “No, I have not watched the film again.”

This theory was backed up in 2017 when a semi-canonical short-film spin-off of Love Actually was released by Red Nose Day. The feature’s events showed Juliet was still with Peter. Meanwhile, Mark had moved on. Mark, instead, was in a long-term relationship with the supermodel Kate Moss.

McCutcheon was quizzed over whether she thought Mark’s signposting outside Juliet’s house was “inappropriate”.

She replied: “I don’t think it’s creepy at all. I think people do crazy things when they are in love with people. He had his moment where he thought: ‘Enough now, I’ve told her how I feel, I love my friend too but I had to get it off my chest in the right way.’ She’d already seen the video, and I think it was his way of making things explained and comfortable.”

Not every story in the movie ended happily, however.

Perhaps the most tragic story of Love Actually was between Harry and Karen (played by Alan Rickman and Emma Thompson respectfully).

Harry was caught by his wife, Karen, buying an expensive necklace for his mistress, Mia (Heike Makatsch). After being found out he confesses he was a “fool, a damn fool”.

During a press conference the wife of director Richard Curtis, Emma Freud, revealed what really happened to the husband and wife after the credits rolled.