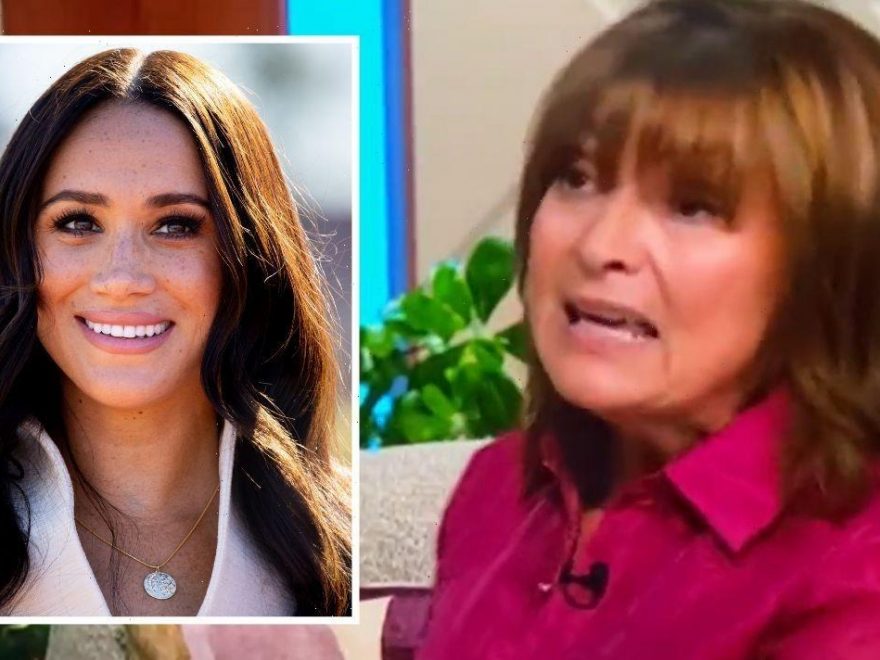 Lorraine Kelly returned to the ITV chat show on Monday morning after having some time off for the summer holidays. Firmly back in her seat, she was joined by Royal correspondent Russell Myers and touched on Meghan Markle and Prince Harry’s return to the UK. Meghan’s interview with The Cut came into the conversation and Lorraine had some strong words to describe Meghan’s actions.

Russell and Lorraine began discussing whether Harry and Meghan would be making a visit to see Prince William and Kate Middleton.

He explained: “I understand that they are not going to be seeing each other and there is a lot in the papers today.

“Obviously the breakdown of the relationship and we were talking about this for so long, but of course, Harry has his big memoir coming out.

“The Royals are very nervous about what he will be saying because obviously, we had this huge explosive interview with Meghan Markle last week in the week.” 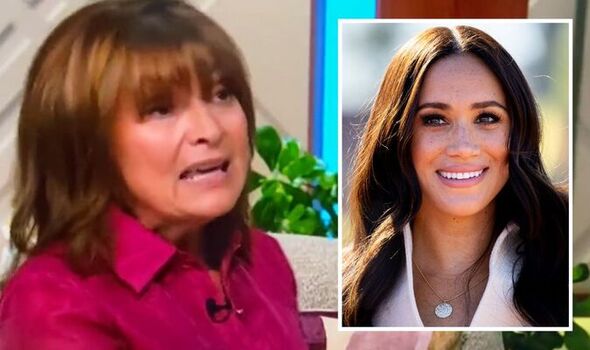 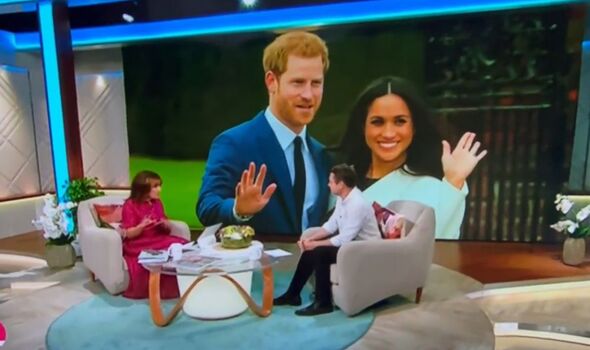 Interrupting Russell’s point, Lorraine slammed: “Utterly bizarre! The most bizarre thing I have ever read and witnessed.”

Russell continued: “This is utterly extraordinary and the Royals aren’t best pleased about it, a lot of nervousness about why are they still talking.

“They have their life over in California, the reports in the papers today is that William is not going to speak to his brother until he knows what is in that book.”

Lorraine gasped and exclaimed: “Yikes! So they will just leave it until the book comes out? The is really difficult isn’t it, what about their popularity? 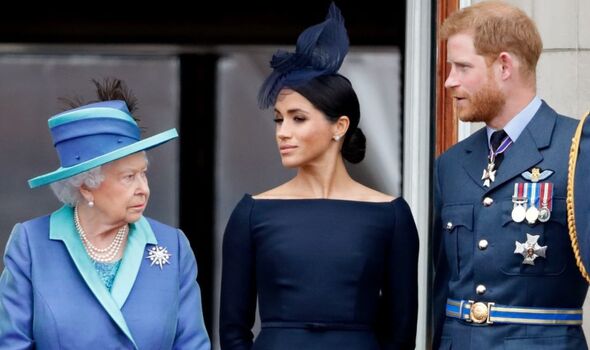 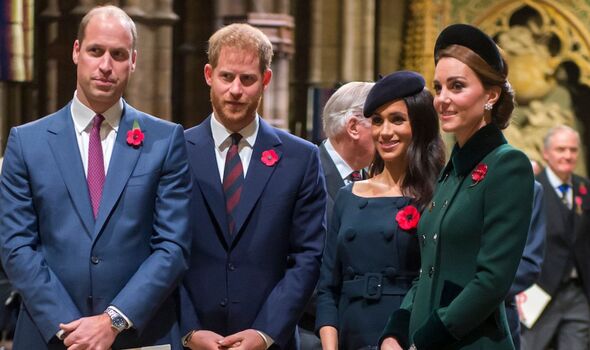 “I think they will get a great reception, I mean why wouldn’t they, they are doing things that are really important, so it would be horrible to see them be booed, nobody wants to see that, it is not good.”

Russell agreed and looked back on their reception when they arrived for the Queen’s Platinum Jubilee celebrations: “They were walking up the steps and I think there was a bit of booing.

“A bit of cheering depends on what side of the fence you sit on but again lots in the papers about a ring of steel that has been placed around them.

“They don’t have security over here, this is the reason why Harry says he can’t visit his family, the UK is too dangerous to visit them. This is pretty sad really.

“It was revealed today that Prince Charles even extended an open invitation,” to which Lorraine replied: “It’s horrible.

“So he said ‘You can come and stay with me as any dad would!”

“Any time you like,” Russell added. “He [Prince Charles] is in Balmoral at the moment, as is the Queen for the last six weeks.

“Again we still haven’t had any confirmation, my understanding was that he declined that invitation from Prince Charles which is rather unfortunate.”

Lorraine defended Harry and Meghan and said: “It seems to be the more they speak out, rather than focus on the charity work with what she is going to be doing today.

“When they speak about the rift between the royals, the less popular they become, even in the states so they have to be really careful because these two could do such good!”

Meghan and Harry returned to the UK and travelled to Manchester for their first of two charity events in the country.