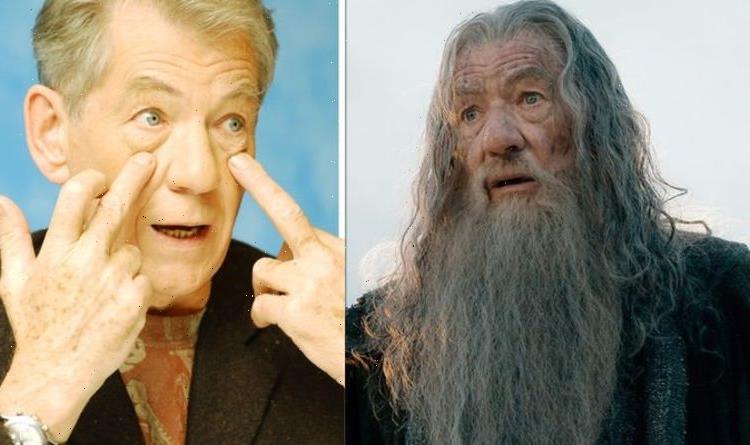 Lord of the Rings would not have been the same without Gandalf actor Mckellen. The British thespian was an enormous part of the iconic trilogy and not only delivered some incredible lines but also gave a hugely memorable performance. So then, it was a no-brainer for director Jackson to bring the actor back into Middle-Earth when the prequel trilogy of The Hobbit was being produced. However, things were not all the same for McKellen.

The filming for The Hobbit included a lot more green-screen scenes than Lord of the Rings, which was mostly shot on-location shots in New Zealand.

This meant that the actors playing the dwarves needed to be separated from the human and elven actors to retain their drastic height difference.

To continue this illusion, McKellen was also separated from his co-stars, something that left him weeping.

He said at the time: “In order to shoot the dwarves and a large Gandalf, we couldn’t be in the same set.”

“All I had for company was 13 photographs of the dwarves on top of stands with little lights – whoever’s talking flashes up.” (Via Contact Music)

McKellen went on to add: “Pretending you’re with 13 other people when you’re on your own, it stretches your technical ability to the absolute limits.”

The saddened actor added: “I cried, actually. I cried.

“Then I said out loud: ‘This is not why I became an actor.'”

The Hobbit- The Battle of the Five Armies – 'Out Of Time' clip – Official Warner Bros. UK

McKellen added that “unfortunately” his microphone was on at the time, so the entire studio – including Jackson – heard his wailing.

In another interview, he confessed to being “miserable” during the shooting of the three prequel movies.

He added: “It may be my impression but I don’t remember a green screen on The Lord of the Rings.

“If Gandalf was on top of a mountain, I’d be there on the mountain. The technology was being invented while we were making the film. I wasn’t involved in any of that, I was away acting on a mountain.” (Via Time Out)

McKellen recalled: “I tend not to remember the bad times, but I don’t think there were any. I think I enjoyed every single moment of making those films.”

So far, it seems like McKellen will not be reprising his role in the upcoming Amazon Prime Video show Lord of the Rings.

In 2017 the star wars asked if another version of Gandalf would arrive on screen being played by a new actor. He retorted: “What do you mean, another Gandalf?”

The actor was then outright asked if he would be returning to the series as the legendary wizard.

McKellen replied: “I haven’t said yes because I haven’t been asked!

“But are you suggesting that someone else is going to play it? Gandalf is over 7000 years old, so I’m not too old [to play him].”

The Lord of the Rings and The Hobbit films are available to watch on NOW.