London: British broadcaster ITV has cancelled a popular, long-running daytime reality show after the death of a guest who failed a lie detector test during a recording.

The case has renewed debate about the ethics of tabloid television, and sparked a parliamentary inquiry into the regulation of programs that put members of the public under intense scrutiny. 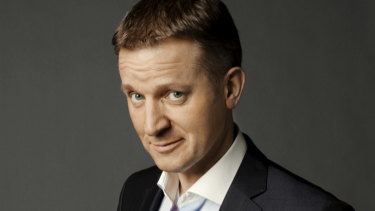 ITV chief executive Carolyn McCall said on Wednesday The Jeremy Kyle Show was being scrapped "given the gravity of recent events".

The tabloid-style talk show, which had run for 14 years and specialised in emotive, confrontational showdowns, was pulled after 63-year-old Steve Dymond was found dead at a home in Portsmouth, southern England, on May 9.

Media reported that he had killed himself. Police said the death was not suspicious, and a post-mortem will be held to determine the cause.

On an episode filmed earlier this month, Dymond took a lie detector test to convince his fiancee that he had not been unfaithful, but was told he had failed.

The episode has not been aired.

Dymond's death has heightened concern in Britain about the stress put on people appearing on reality television and online shows, and program-makers' duty to protect their guests.

It's a debate that has raged, off and on, for close to two decades since Britain began making home-grown equivalents of sensationalist US programs like The Jerry Springer Show and putting ordinary people under a microscope on reality shows such as Big Brother.

Earlier this month, the family of a US man who suicided following an appearance on The Jerry Springer Show filed a wrongful death lawsuit against Springer and television network NBC.

The lawsuit alleged that Kentucky man Blake Alvey was ambushed on the show when he learned his fiancee had been unfaithful and of her plans to leave him.

ITV was already under pressure following the deaths of two former contestants on reality show Love Island, Sophie Gradon and Mike Thalassitis. Gradon's 2018 death was ruled a suicide at an inquest. An inquest has not yet been held for Thalassitis, who died in March.

MP Damian Collins, chairman of the House of Commons Digital, Culture, Media and Sport Committee, said his panel would consider whether there was adequate regulation of reality TV.

"Programs like The Jeremy Kyle Show risk putting people who might be vulnerable on to a public stage at a point in their lives when they are unable to foresee the consequences, either for themselves or their families," he said.

Former head of the Royal College of Psychiatrists Simon Wessely said shows like The Jeremy Kyle Show were "the theatre of cruelty".

"And yes, it might entertain a million people a day, but then again, so did Christians versus lions," he said.