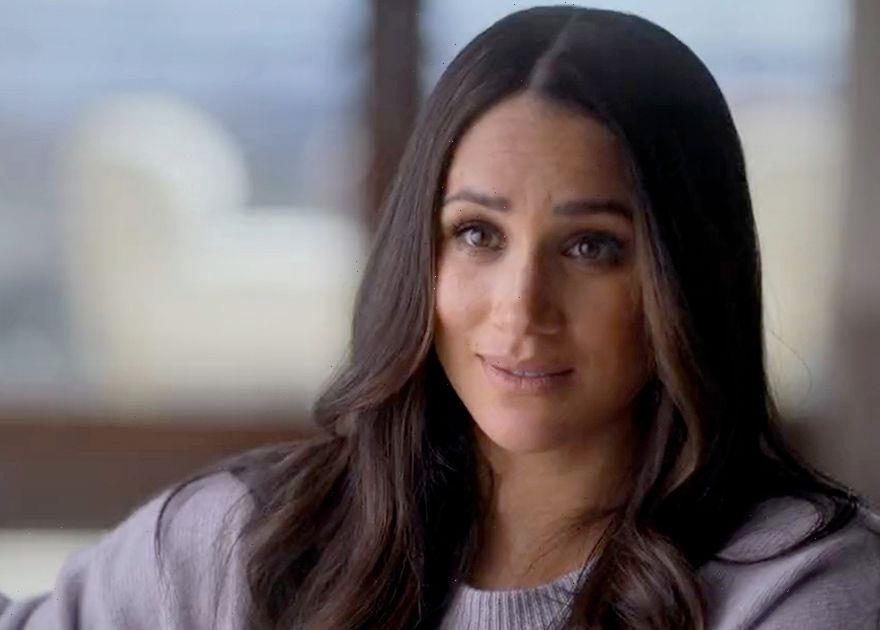 Bare-faced Meghan Markle breaks down in tears within the first few minutes of her new fly-on-the-wall Netflix docu-series.

The Duchess of Sussex, 41, reflects on her and Prince Harry's decision to step down from Royal duties in a clip she recorded on her phone in Canada.

She cut a casual figure in a low-key denim shirt and jeans, with her wet hair wrapped in a towel.

It's a far cry from the usual ultra-glamorous Meghan fans may be used to seeing.

In the clip from the first episode, Meghan breaks down in tears as she says: "I just really want to get to the other side of all this. I don't really know what to say anymore.

"Unfortunately, in us standing for something, they are destroying us."

Body language Inbaal Honigman has suggested that the mum of two is "lonely" and wants to show "she is person just like us".

She told Daily Star: "In Meghan's self-filmed introduction, taken clearly on her phone in portrait aspect ratio, she's sitting on the floor cross legged, her face free of make up and her hair in a towel.

"She's hunched forward, picking at her thumbnails, looking down and taking lengthy pauses. At one point, she seems to be blinking back tears.

"The image of the hunched princess on the floor, glum of face and unadorned, is cutting a very lonely figure.

"She is demonstrating how unsupported she is feeling, and she's letting us have an intimate glimpse of her true self.

"Without her signature smoky eye and perfectly coiffed tresses, in jeans and a plain blue top, she's sending us the message that she a person just like us, and deserves support and empathy like everybody else."

The series opened with with the caption "This is a first-hand account of Harry and Megha's story" and specifies that "all the interviews were completed by August 2022" before the death of Queen Elizabeth II.

There was also a disclaimer that the Royal Family have declined to be involved.

"I just really want to get to the other side of all of this" Meghan said during the opening montage of the documentary, which also included a voiceover by Harry, and starts at the point where the couple have performed their last royal engagements having announced they were stepping back from Royal duties.

Harry & Meghan is now available to stream on Netflix