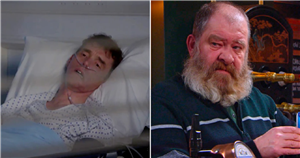 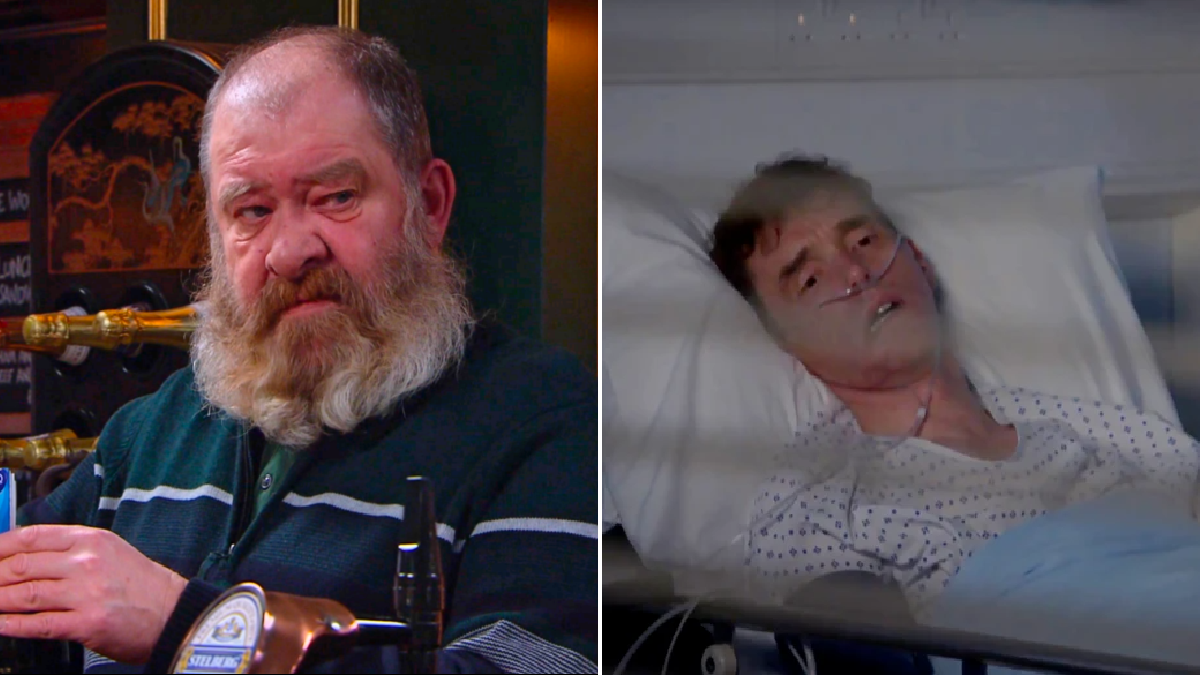 Bear Wolf (Joshua Richards) made a heartbreaking admission in tonight’s Emmerdale, telling son Paddy Dingle (Dominic Brunt) that he had been visiting an unwell Marlon Dingle (Mark Charnock) due to his own loneliness.

The sad scene came after Rhona (Zoë Henry) and Mary Goskirk (Louise Jameson) were pleased to see Bear keeping Marlon company at home as they enjoyed completing a crossword together.

Marlon had asked to see Bear earlier that day, and after a misunderstanding which saw Mary assume Marlon was asking for a teddy bear, she found Bear at the Woolpack and invited him over.

Later, as Bear left the cottage, keen not to intrude on the family, Marlon’s loved ones assured him he was welcome any time. With no one previously aware that Bear had been visiting Marlon regularly while he was in hospital after suffering a stroke, Paddy was particularly surprised.

He quizzed his father on his secrecy, with Bear explaining that the crosswords were a good way of helping Marlon practice his speech and getting to grips with his words, as well as helping Bear with his own reading skills.

Paddy pointed out that they could have made the trips together. But Bear replied that Paddy’s avoidance tactics at the time were part of the problem.

When Paddy continued to probe him, Bear snapped, revealing that he wasn’t just spending time with Marlon for the latter’s sake – he was doing it for himself. Yes, Bear admitted that he was lonely.

Viewers know that former wrestler Bear has been living with Paddy and his wife Chas (Lucy Pargeter) since his arrival in 2019. Emmerdale briefly delved into his backstory as Bear bonded with the son he had never known, and later admitted that he struggled with dyslexia.

But since then, the character has mostly been used to provide lighter moments around the village.

His scenes with Marlon were a heartwarming watch, but Bear’s confession was an unexpected addition to the story. Will Bear open up further over how he has bene feeling?

And could we be seeing more of him in future as a result?