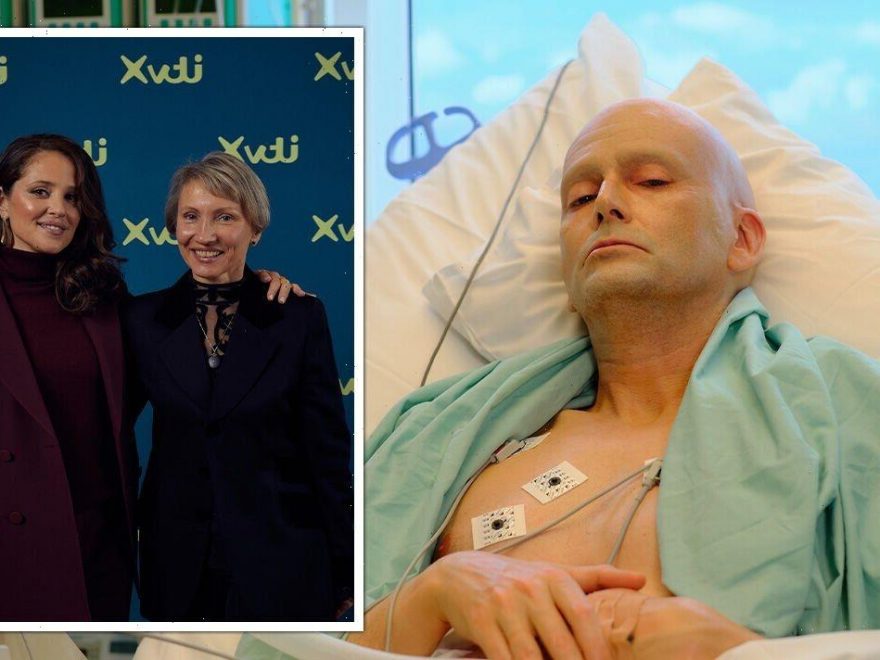 Marina Litvinenko: Putin's attitude to spy poisoning proves "he did it"

Marina Litvinenko has been fighting for justice since her husband Alexander Litvinenko was poisoned by a highly toxic radioactive substance, in London, in 2006. Alexander, who she affectionately called Sasha, was a former KBG agent who accused Vladimir Putin of orchestrating his assassination as he was a critic of the Russian President. Marina, 60, has shared why she put her trust in ITV bosses to share her late husband’s story.

Alexander was a Russian spy before he and his family moved to London to start a new life together.

The upcoming four-part series, which stars David Tennant as the lead, retells the events which lead up to and followed Alexander’s death.

Alexander was convinced his green tea was laced with a radioactive substance after falling ill not long after drinking it.

As the Rusng in University College Hospital, in London, he and Marina managed to attract the help of some Metropolitan Police Service detectives who listened to his unbelievable story about being poisoned by polonium.

Marina stood by her husband following his death as she did everything within her power for more than a decade to get justice.

Marina, who is played by Margarita Levieva in the ITV drama, has shared why she has given her support to the series with Express.co.uk and other publications.

Reflecting on the first episode of the programme, she explained: “Watching this episode, it wasn’t easy, but I realise with this drama, [there] will be more understanding for what happened.

“There’s still some questions [from people] saying, ‘Are you sure it’s happened like this? Are you sure he was poisoned?’

“When they watch this episode, I think more and more people will realise what happened.”

Marina said she had a positive experience in the past with the show’s co-producer Richard Kerbaj.

She said: “Because it was Richard who did the documentary about us, this was a good experience and I knew what he was going to do. He’s a person who keeps his promises.

“I wasn’t sure if it would happen, but he said he wanted to do a drama and I said, ‘OK’.

“I met people who I could trust and it was like I accepted it. Even if it wasn’t my own story, I knew it was a very important story to keep alive.

“What Sasha tried to do and was not able to be there until the end as he died, I realised it was so important to keep his words alive with this documentary with this drama.

“He would be alive with us and his message would finally be listened to.”

Marina fought extremely hard to convince the British government to publicly name Alexander’s killers and Russia’s role in his murder.

Marina also shared how her husband once thought a blockbuster movie would be made about their lives.

She explained: “It was very interesting when we escaped from Russia, Sasha told me there would definitely be a Hollywood movie about us.

“I said, ‘OK’ as I was always a little bit sceptical.”

Litvinenko launches on ITVX on Thursday at 9pm.