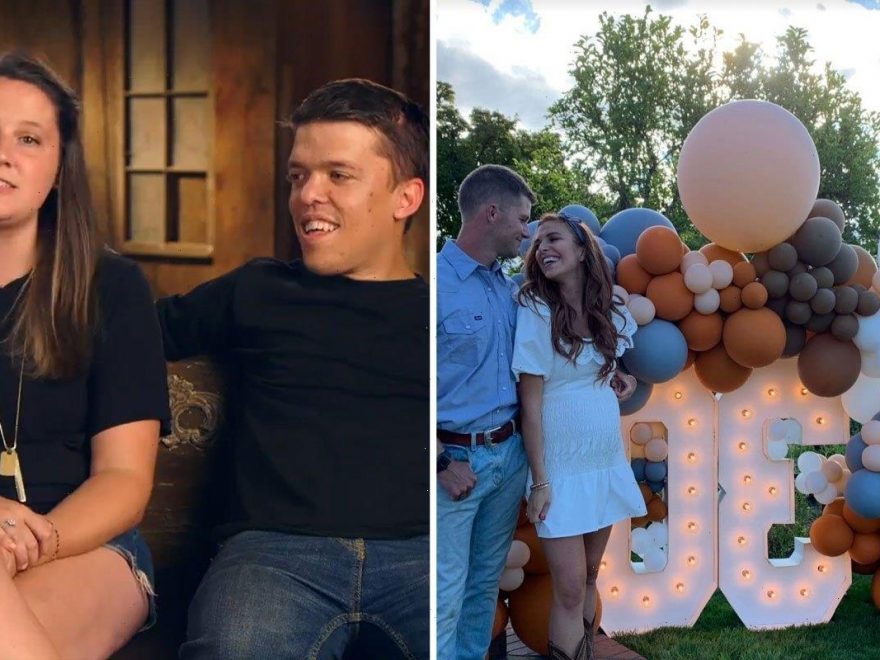 The pair’s absence from Jeremy Roloff’s wife’s party comes as their feud continues, with Tori even snubbing Audrey’s pregnancy announcement earlier this month. 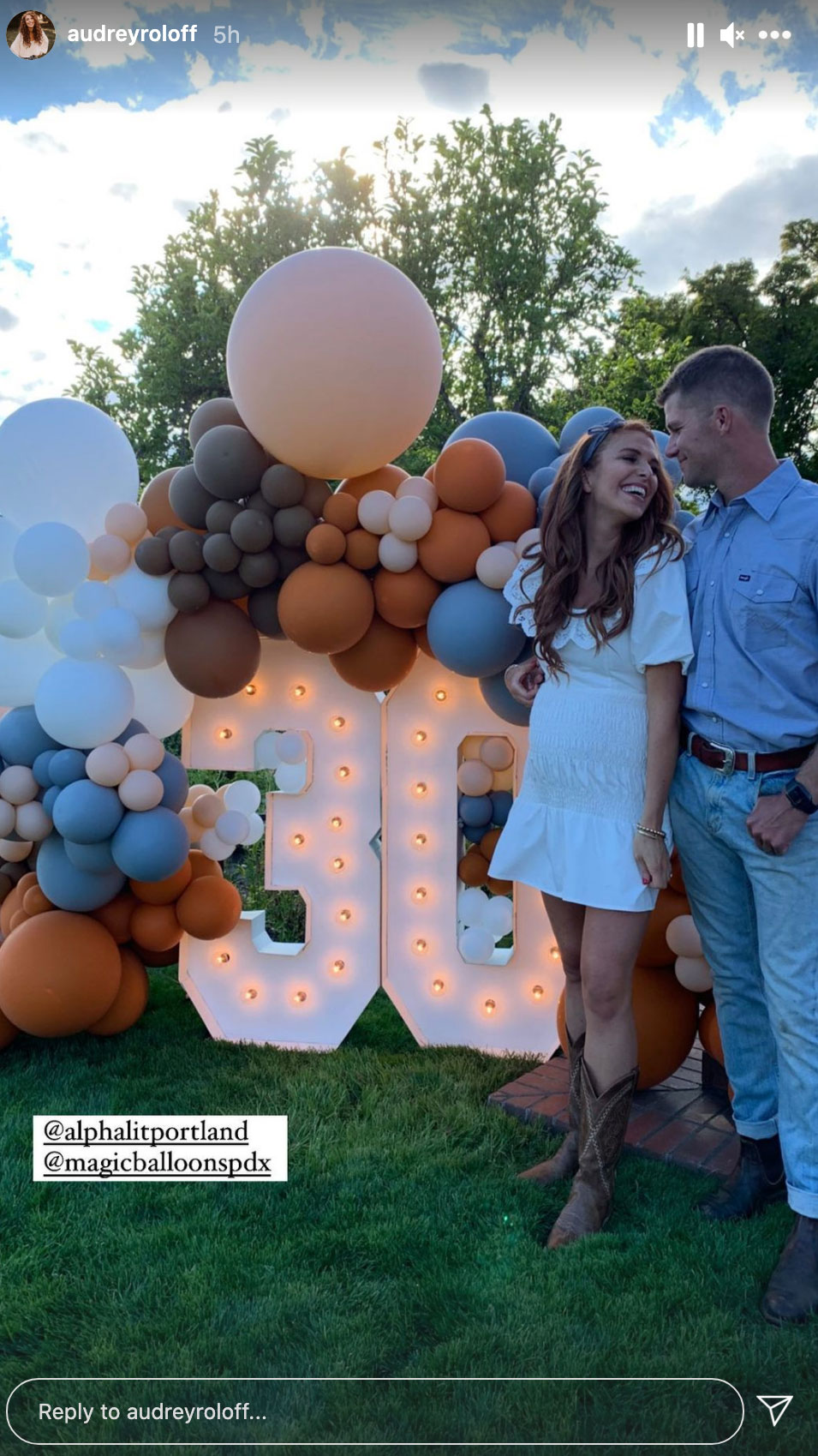 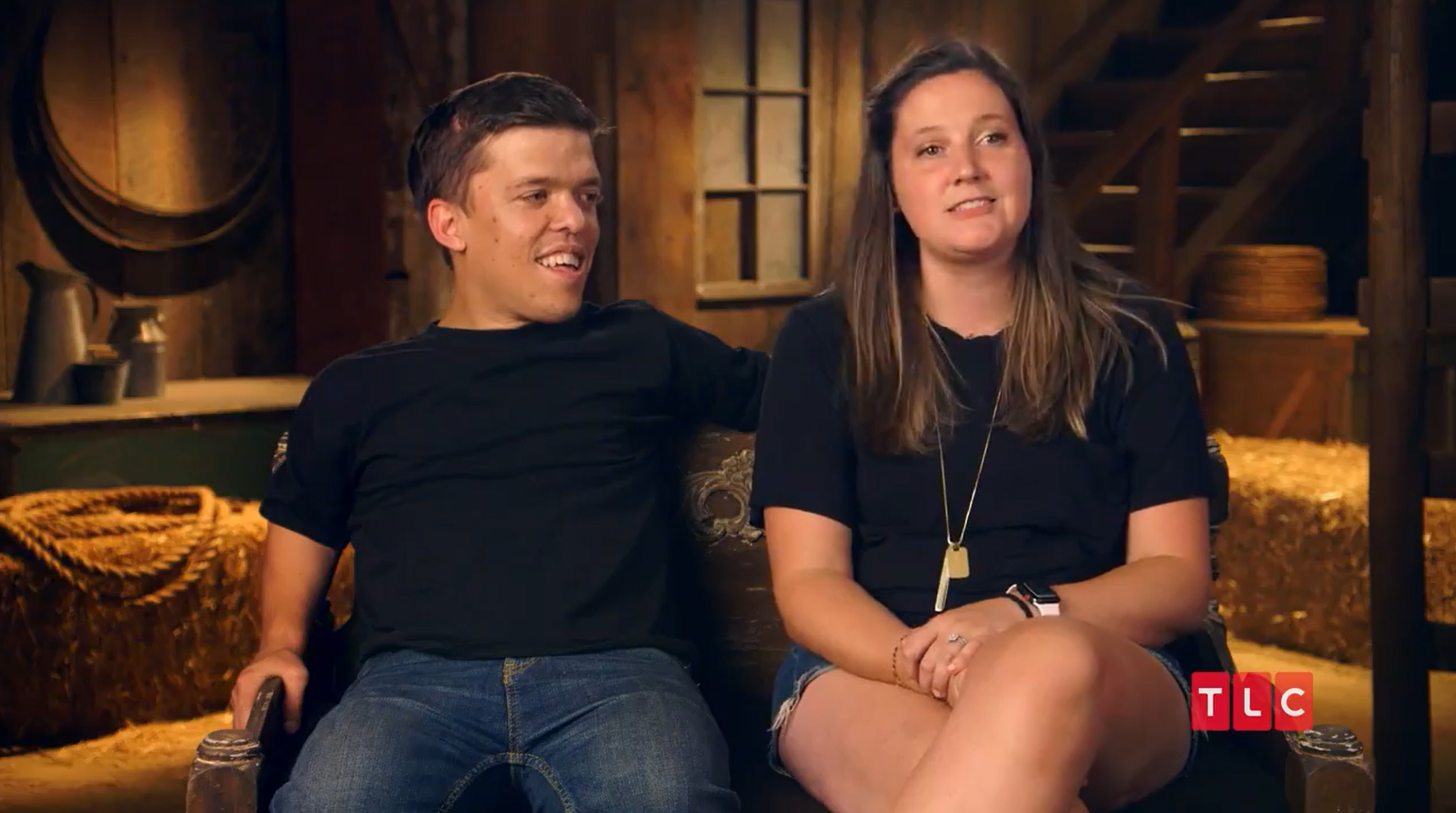 Prior to all of the excitement of the night, Audrey showed off her styled auburn locks with a car selfie, captioning it “Party time.”

She played Sam Hunt’s House Party while showing the set-up of her massive birthday bash, which included a giant, lit-up “30” sign in the yard, with balloons of all sizes and colors placed around it.

The nice, green lawn was perfectly maintained, the weather was cooperating and the sky was bright and blue, her pool was clean and lounge chairs were set up, and large dance floor was set up on the deck.

She had a Joy Ride bar set up, which was a travel truck at the party making different kinds of drinks, including margaritas, whiskey mules, and virgin mojitos.

For the occasion, the LPBW star wore a frilly, white summer minidress, brown cowboy boots, bracelets on both wrists, and a blue scarf tied into a headband.

Once everyone got there, the dance floor quickly filled up with people learning how to line dance together from an instructor, but Tori and Zach were nowhere in sight.

“Very impressed with these quick learners,” Audrey wrote of the people who did attend. “Thanks for making my dreams come true for my 30th by dressing up and country dancing the night away.”

The pregnant reality star shaded her sister-in-law and shared a sweet snap of herself cradling her baby bump, crowded around by many of the the women at the event, writing, “So incredibly blessed by each of these women in my life.”

The affair went late into the night, with the blue skies turning pitch black and Audrey posing in front of her “30” sign, which was the only light being given off around her.

Everyone sang Happy Birthday to her out on the dance floor as a celebratory dessert with lit candles was carried her way.

As Audrey blew out the candles, the LPBW star was shown from the side, putting her growing baby bump on full display in her white minidress.

“Trying to remember from our college days,” Audrey wrote alongside one video of her dancing with her girlfriends later in the evening.

She spent a lot of the night dancing next to her mother-in-law Amy Roloff, cuddling up with her husband Jeremy, and showing off her dad busting a move out there with everyone.

The TV personality wrote in the caption: "We’re about to be a family of 5! Our little tie breaker is coming this November!"

In the video, her husband, Jeremy, 31, played with their two kids: Bode James, one, and Ember Jean, three.

All of a sudden, a black and white piece of paper swooped in and fell into Jeremy's hands, and he was holding Audrey's sonogram.

The Roloff family posed in front of a sign that said: "Tie-breaker coming November…"

Ember laughed and screamed at the top of her lungs: "Mama has another baby!"

As of right now, Tori has not congratulated the soon-to-be mother of three, even though other family members have already done so. 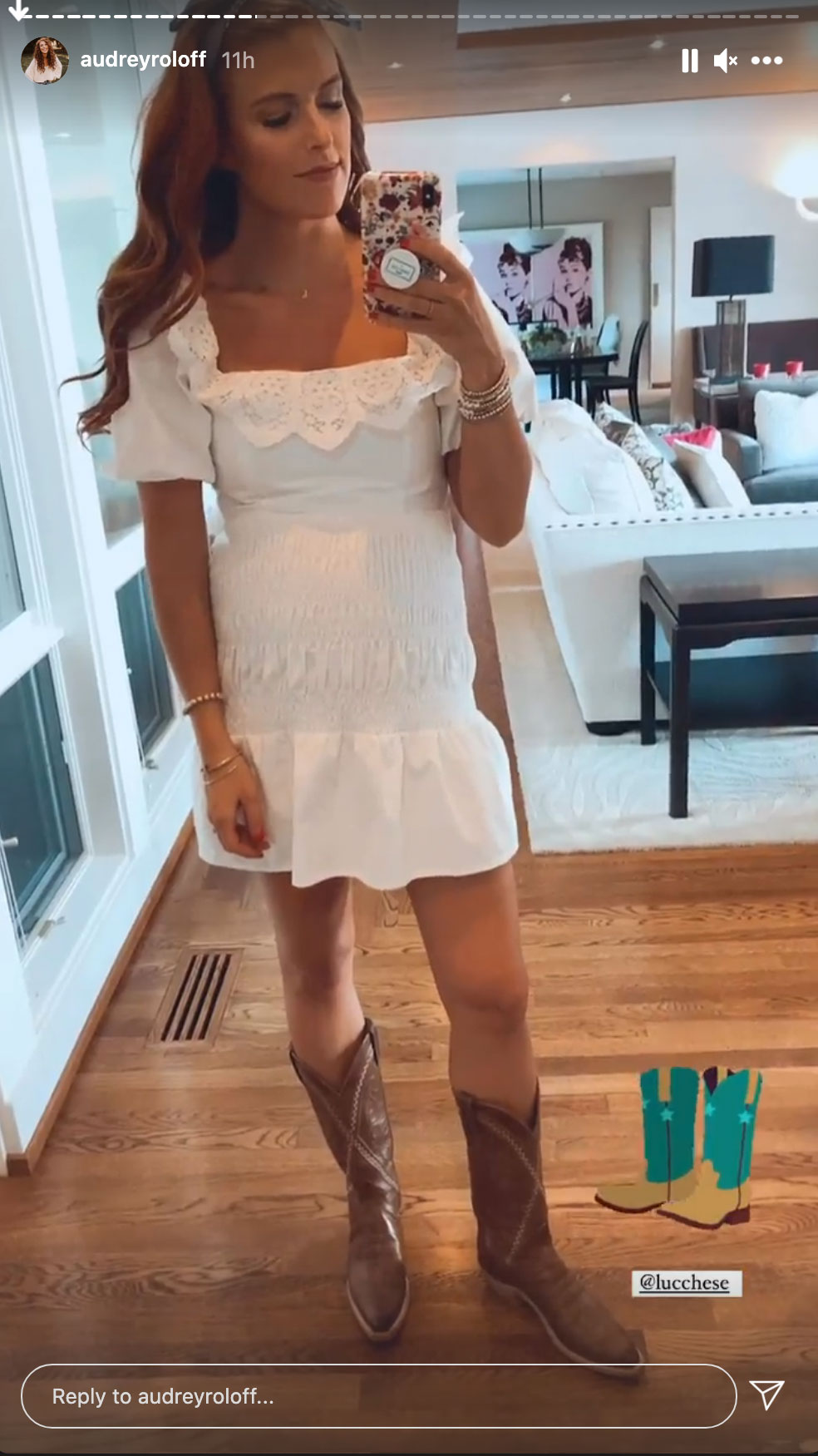 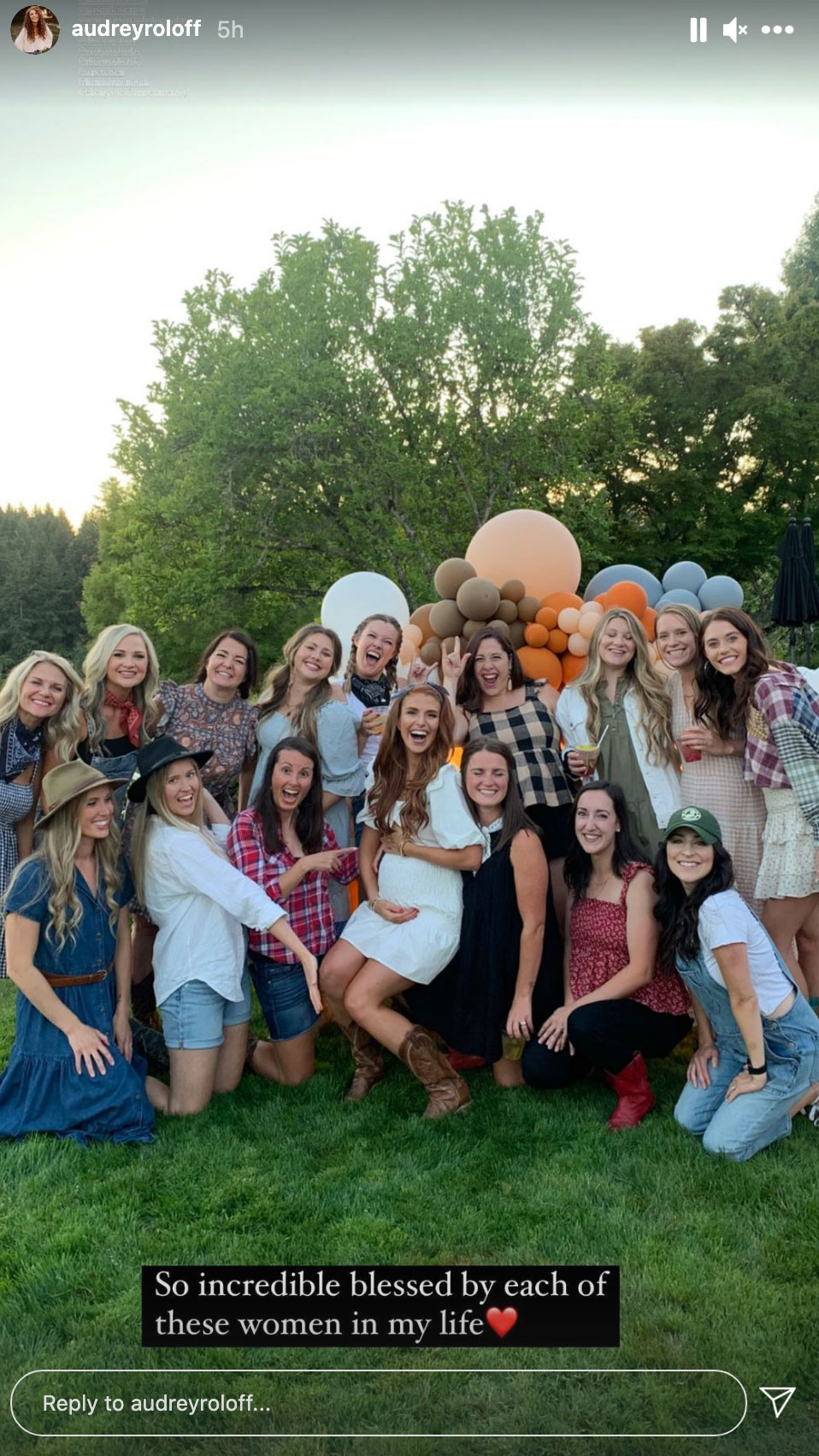 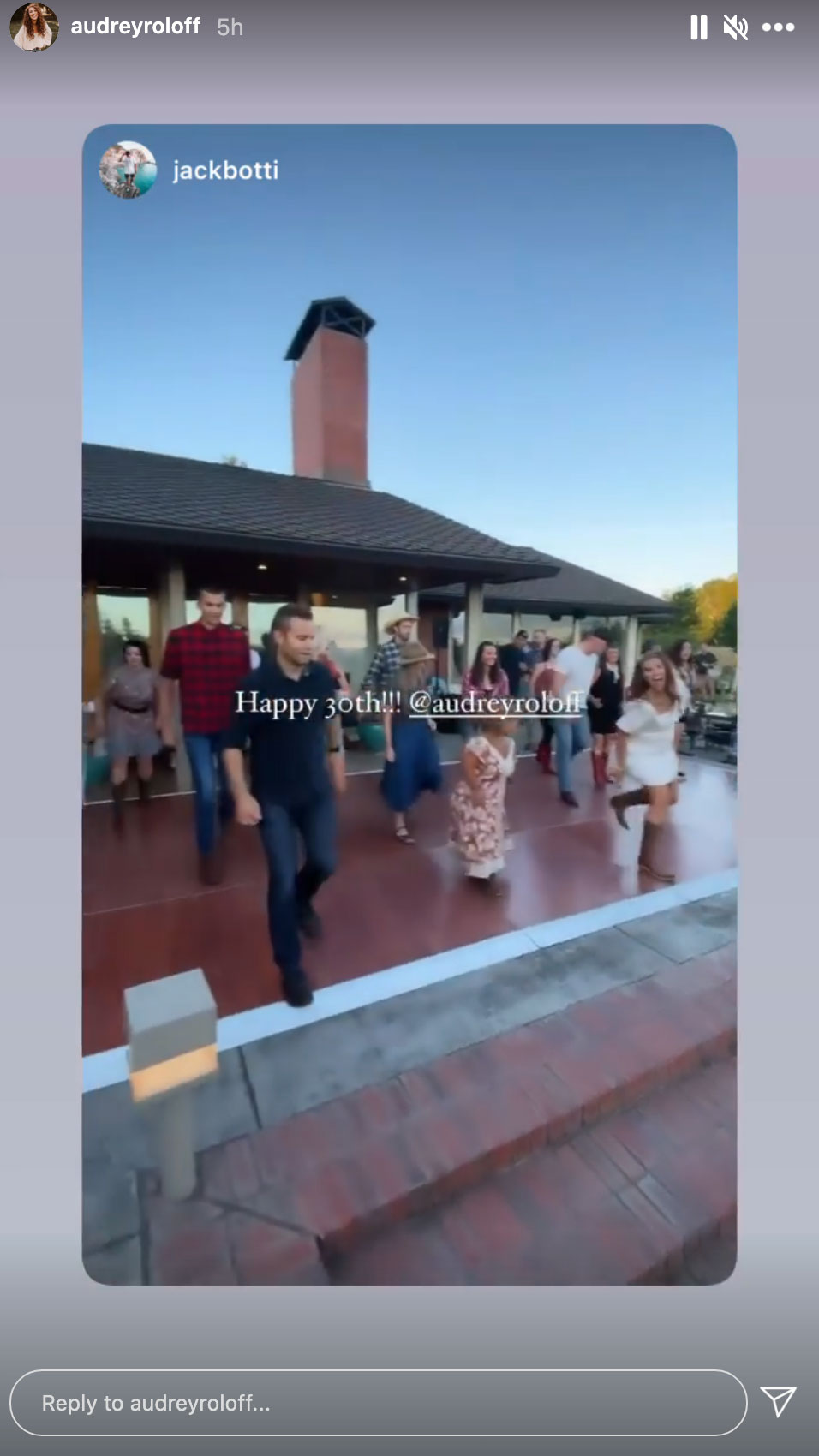