During Thursday’s instalment of GB News’s Dan Wootton Tonight, the host introduced a series of guests to speak about the recent controversial posters from an art company. The posters, which were created with £3million from government funding, told straight white men to “pass the power”.

Host Dan first asked Charlie if he felt under attack from this art as he fits into the category of people the art company was targeting.

He replied: “I have to say, I am finding it very difficult being a 62-year-old heterosexual tough guy nowadays.

“Initially this morning I was a little bit annoyed and then slightly p****d off, then I thought this is a load of nonsense now.

“I’ve thought about it and I think it’s just stupid.” 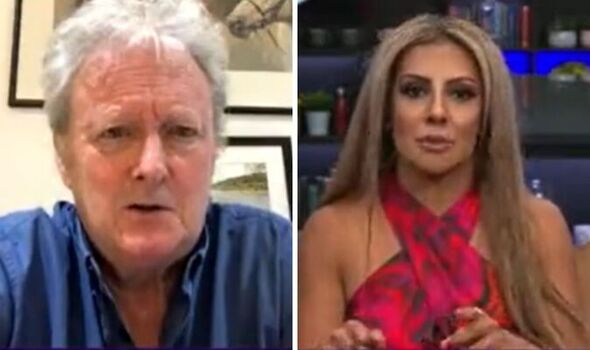 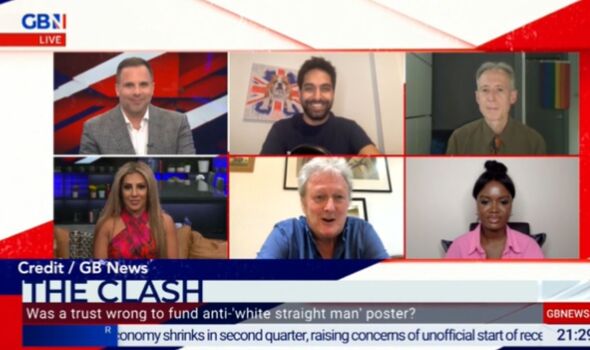 The Coronation Street actor, who was known for playing Jim McDonald in the ITV soap, then spoke about his upbringing in Northern Ireland.

He told Dan and the other guests that being an actor has been the toughest job he’s been through in 42 years and said he has never had an advantage over anybody.

The 62-year-old admitted that it was starting to “annoy” him the more he was thinking about the debate.

Dan then addressed Narinder and referred to an article written by Douglas Murray in Spectator magazine surrounding the topic. 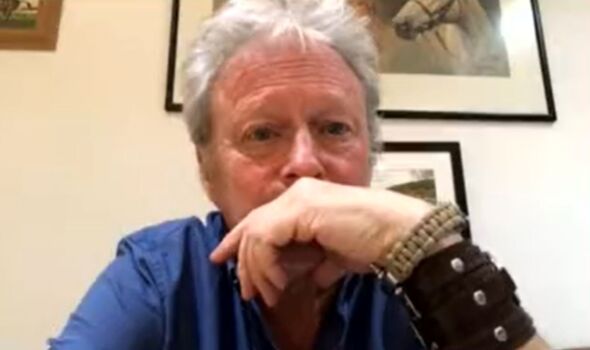 He said: “How would you feel if there was a poster that said, ‘Oi black blokes give us your rights’ or, ‘Hey gays hand over the cash’ would that be acceptable Narinder, and if that’s not acceptable then why is this?

“It’s odd, I can’t understand why white middle-aged men are triggered by this. Why is it called woke, it’s odd, it’s a discussion and it’s about time this discussion did happen.”

Responding, he said: “First of all, Jesus Christ darling, you’re getting awful triggered yourself sweetheart, I don’t mean to sound patronising.”

Narinder cut in saying she was getting triggered before Charlie snapped: “Hang on! Oi, let me finish darling.

“You’re getting awfully angry baby alright just settle down and let me answer your question.”

Furious, she said: “Don’t tell me to settle down!”

Charlie continued by saying that the posters are not art and have been designed to provoke discussions.

He said: “The world is changing, the last three years if the roles were reversed and it was a BLM demand or whatever, we’d have to accept that.

“I’m accepting this, but one thing I will say, it’s not art in the name of Jesus this is not art!”