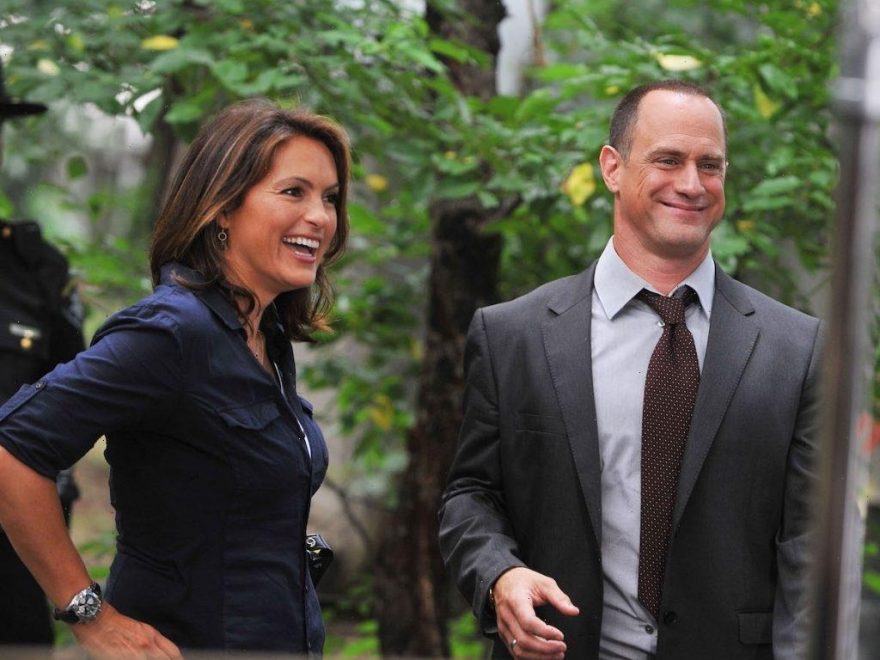 People were shipping a relationship between the two leading protagonists on Law & Order: Special Victims Unit long before the term “ship” entered the pop culture vernacular. Fans hoped to see Detective Olivia Benson (Mariska Hargitay) romantically pair up with her stern and protective partner, but when Detective Elliot Stabler (Christopher Meloni) left the series a decade ago, it seemed like the ship had sailed.

Now, some fans are clamoring for the love story they’ve longed to see play out on the small-screen, and a return of Detective Stabler in the Law & Order universe has hope springing anew.

‘Law & Order: SVU’ has been the most successful series spinoff

Premiering all the way back in 1999, Law & Order: SVU was one of the Law & Order franchise’s earliest attempts at a spinoff, and it has so far been the most successful. The series follows the basic police procedural format of having a set of established characters serving various roles in law enforcement tackling a specific plotline that usually wraps up within a single episode.

In this way, more casual fans can dip in and out of the series and still get a suspenseful but satisfying peek into the inner workings of the crime-fighting world.

Meanwhile, more dedicated fans have the rewarding experience of watching long-term arcs play out for the primary characters, many of whom have been on the show for decades.

Detectives Elliot Stabler and Olivia Benson have been fan favorites

Without a doubt, though, it has been the two main protagonists that fans most associate with the show — even though one of them left the series a decade ago. From its inception, the drama of the series revolved around Detective Elliot Stabler and Detective Olivia Benson, partners who had each other’s backs on and off the job. The pair’s intense friendship along with their ability to push one another to be better people provided the kind of satisfying long term payoff that kept fans tuning in week after week and year after year.

When Meloni departed the show after Season 12, fans were devastated — not least because it dashed the hopes of a romance between the pair.

Romance has been in the air on ‘Law & Order: SVU’

You could cut the romantic tension between Stabler and Benson with a knife, but the show creators intentionally kept it that way for the series’ run. “I think they needed to keep that line taut and very clear…Keep the tension, never cross it,” Meloni once explained of his on-screen character’s potential love.

It’s worth noting that Stabler was married — sometimes happily, other times less so — throughout the series, and veering into an adulterous affair would certainly have tainted the image of both detectives. Even without the potential infidelity in the mix, taking Stabler and Benson’s interactions beyond flirtation would have set up a much more complicated matrix of emotions to navigate while on the job.

Now that Stabler is back in the picture but distant enough to avoid the most obvious clashes of romance and professionalism — after all, he’s starring in an entirely different Law & Order spinoff — could romance between the two finally be on the table? Some fans certainly hope so.

For one, Stabler loses his wife in the first crossover episode. The entire premise of his spinoff series is that he wants to find his wife’s killers.

What’s more, there are a few scenes that make one raise their brows on whether something more can happen. Benson tells Stabler he was the single most important man in her life when he left the job. Stabler’s wife also makes a comment, while at the hospital before her death, about how the two are always in sync.

The show had a way of playing at underlying tension between the two so it’s likely they’ll continue to do the same throughout Law & Order: Criminal Intent to keep fans of Olivia and Elliot guessing.