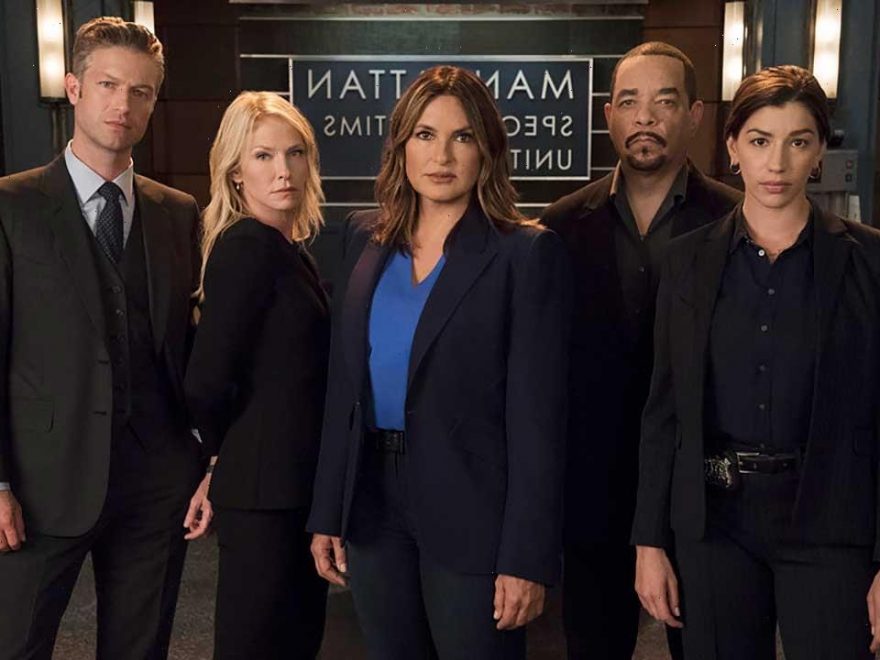 It’s been confirmed that Donal Logue will return as undercover officer Declan Murphy when the hit police procedural returns after the holidays. In addition, Ari’el Stachel, who played Hasim Khaldun, will also reprise his role in the same episode.

According to TV Line, Murphy will step back into the squad room after wrapping up his most recent undercover assignment at the request of his old colleague Benson, played by Mariska Hargitay. The pair will join forces on a high priority case involving a series of seemingly coordinated hate crimes around New York City and also require the help of sergeant Hasim Khaldun.

MORE: See the cast of Law & Order: SVU and their real-life partners

MORE: The reason why this controversial Law & Order: SVU episode was pulled from screens will shock you

Fans were quick to comment on the news, and it seems that many can’t wait to see the rather awkward reunion between Murphy and Khaldun and Kelli Giddish’s Detective Amanda Rollins, with whom they both have romantic history.

Taking to Reddit, one said: “Well this should be interesting! Glad they’re bringing back some old faces!” Another said: “Ahhh I’m so glad! Murphy’s always fun to watch, I think he and Benson work well together even when they don’t see eye to eye, and I’m interested to see how he reacts to Amanda and Carisi’s relationship.”

A third fan enjoyed the irony that it’s only in the show’s most recent season that Rollins has ‘settled down’. They wrote: “It’s low-key kinda funny that as soon as Rollins gets a stable relationship, all of her past hookups suddenly reappear.”

Longtime viewers will recall that Murphy is the father of Rollins’ older daughter, Jesse, and the two enjoyed an on-again-off-again romance. The actor, who is also known for his starring roles in Sons of Anarchy, Gotham and, more recently, What We Do in the Shadows, last appeared in the long-running NBC drama back in 2015 after a recurring role throughout seasons 15, 16 and 17.

Meanwhile, Ari’el’s Khaldun acted as Rollins’ romantic partner during an undercover job while harbouring real feelings for the SVU detective.

So far, the record-setting 23rd season of Law & Order: SVU has featured many character comebacks. For the milestone 500th episodes, viewers were delighted to see Detective Nick Amaro and former SVU Captain Don Cragen, played by Danny Pino and Dann Florek respectively, return to the show. Elsewhere this season, Raul Esparza, who starred as former ADA Rafael Barba, and Tamara Tunie, who played Chief ME Melinda Warner, have also made brief appearances.