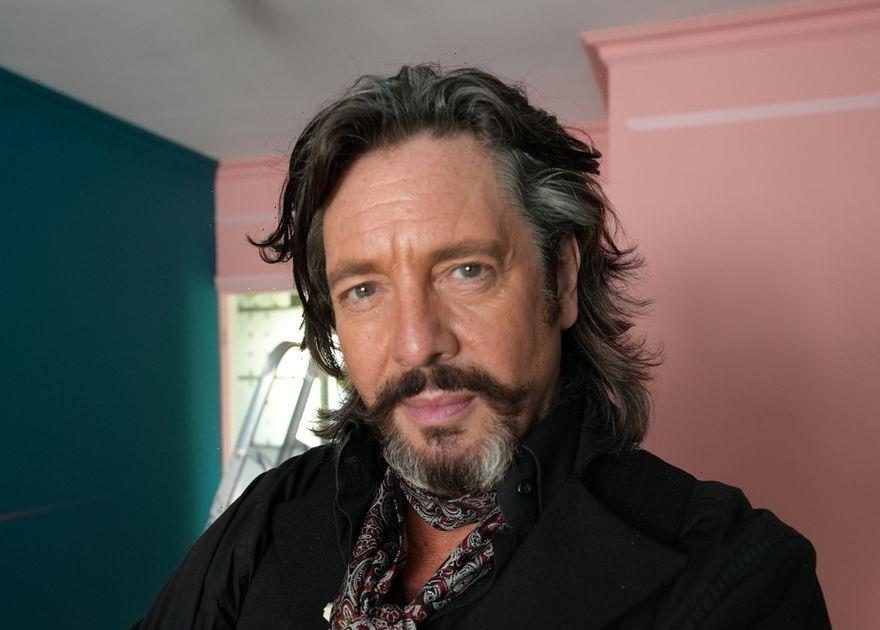 Laurence Llewelyn-Bowen has revealed he’s no longer in touch with his original Changing Rooms co-stars.

And the flamboyant interior designer reckons it’s good Channel 4 didn’t bring back the likes of Carol Smillie and Linda Barker for the reboot, in case it became a decorating version of The Golden Girls.

“The idea of them coming back for the reboot…you’re going to have everybody in their late 50s.

“You’ve got to have new people, young people, or else it’s the Golden Girls of MDF.”

He says: “I’m bit creaky, the last time I did it I was 37, I’m now 57. The leather trousers are certainly a lot bigger than they were back then.

“I often feel as if I’m haunting the show, I feel like Rentaghost, still wandering around in my leather trousers and my frock coat.”

So will he still be sporting those leather trews when he turns 60? “I think as long as there’s enough room for incontinence pants I’ll be fine,” he says.

Despite being a self-confessed “boomer” LLB is a fan of “woke”. He says: “The problem with boomers is we were brought up with the belief we had to be allowed to say whatever we want. I’m not sure that’s right if it upsets people.

“Free speech is great but it shouldn’t be at the expense of other people.

“Yes, I would also say we’re probably overcompensating a little bit but sometimes you need to do that to get things back on track.

“I’m a lot more enthusiastic for the future and I think woke is a part of that. But I also feel we will get to the stage where woke just becomes integrated into the way we do things.”

His new book is all about the joys of maximalism – decorating your home with bold colours and patterns, filling it with all your favourite objects and making a room reflect your personality.

Laurence says: “It’s is a total celebration of the fact we’ve all now suddenly decided to do things we want rather than have spaces that are all about their real estate value or whether Mrs Hinch would approve of the way you clean it.

“Everyone got bullied by estate agents and Phil and Kirstied into painting everything beige.

Former prime minister Boris Johnson and wife Carrie proved they were fans of maximalism after a controversial Downing Street revamp which featured rolls of £840 gold wallpaper.

And Laurence says: “Boris and Carrie got it so wrong because that whole maximalist makeover they had, we should have all seen it and then we’d have been fine about it. I think he’s probably quite a difficult client to be honest and I don’t think he knows his own mind.

“But goodness knows what’s going to happen to No10 now.

“Our prime minister should find a way of making it as individualistic as we are as a nation but I think it might be a little bit too distracting for her.”

*More More More: Making Maximalism Work in Your Home and Life by Laurence Llewelyn-Bowen is out today, published by DK at £20