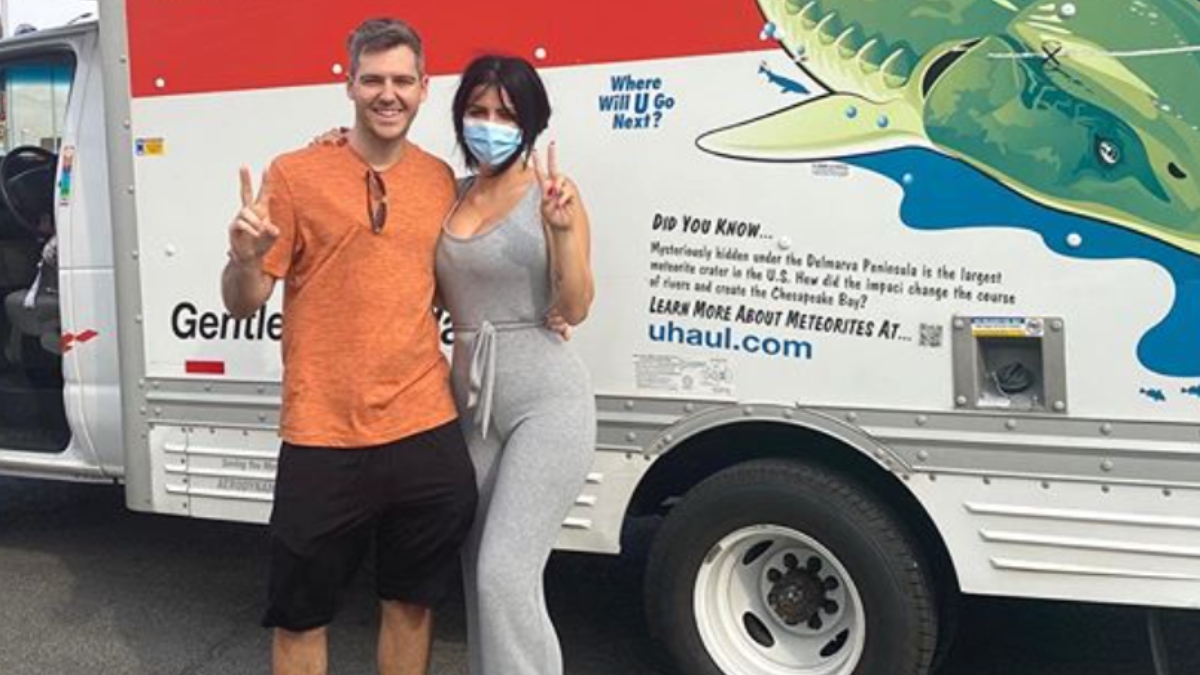 Eric Nichols and Larissa Lima have packed up their belongings and even sold his house in Las Vegas as the 90 Day Fiance couple have decided to make a big move to Colorado Springs, Colorado.

We learned of the couple’s plan to move over the summer when Eric began looking for a buyer for his house. Now that the house is sold, Eric and Larissa are headed on their journey, via U-Haul, to live on the other side of the Rockie Mountains.

Eric and Larissa’s move is no surprise

So it doesn’t come as a huge surprise that they are headed to Colorado Springs. After all, that’s where Eric Nichols is from and he still has family there.

As some may recall, after Eric and Larissa’s last break up, he headed to Colorado Springs to spend time with family. Now, he’ll be close enough to see his loved ones on a regular basis. Let’s just hope they welcome Larissa more openly than Colt Johnson’s mom Debbie did when she got to Las Vegas.

Eric revealed the location for the big move as he celebrated the sale of his house. It looks like he did actually go through a real estate agent after trying to sell the home on his own.

I just closed & finalizes the sale of my house today! Thank you @david_j_sells_las_vegas & here comes @larissalimareal & I @cityofcos ✌🏼Vegas

I just closed & finalizes the sale of my house today! Thank you @david_j_sells_las_vegas & here comes @larissalimareal & I @cityofcos ✌🏼Vegas

Larissa cashes in after plastic surgery

Just days before their moving announcement, Larissa Lima debuted her brand new look. She’s much bustier now than she was before and slimmer through the waist with a much plumper butt.

The 90 Day Fiance reportedly had $72,000 worth of work done on her body in an effort to look more like Kylie Jenner.

It looks like the extra work is paying out nicely for Larissa too. TMZ reports that Larissa’s CamSoda event landed in the top 5 shows of all time for the site and that the show pulled in over $100,000.

It’s not clear how much of that Larissa will get but her payday should be pretty good.

That comes after learning that Larissa already paid Eric back the money she borrowed to get her surgeries started and funded even more work herself with money she earned on Cameo.

Since the pair don’t need to be in Las Vegas for any of this work, they should do just as well once they get settled in Colorado Springs.