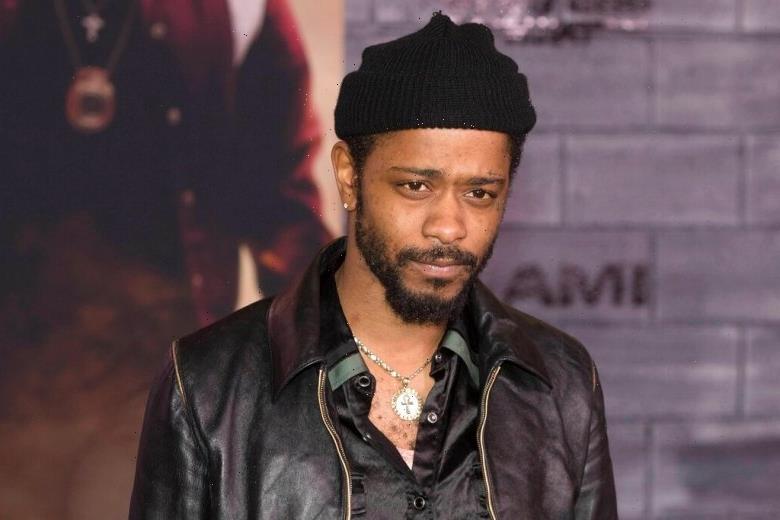 Lakeith Stanfield has issued an apology on social media for participating in a Clubhouse conversation that facilitated anti-Semitic remarks in a discussion about the teachings of Nation of Islam leader Louis Farrakhan. The “Atlanta” star and “Judas and the Black Messiah” Best Supporting Actor Oscar nominee contextualized the incident, which was exposed in a recent Daily Beast story, on Instagram Friday night.

“Yesterday I entered an online chat room on Clubhouse about the teachings of Louis Farrakhan. When the room’s participants noticed me, I was quickly made a moderator of this room,” Stanfield said. “At some point during the dialogue the discussion took a very negative turn when several users made abhorrent anti-Semitic statements and at that point, I should have either shut down the discussion or removed myself from it entirely. I condemn hate speech and discriminatory views of every kind. I unconditionally apologize for what went on in that chat room, and for allowing my presence there to give a platform to hate speech. I am not an anti-Semite nor do I condone any of the beliefs discussed in that chat room.”

According to the Daily Beast story, comments made by participants in the Clubhouse room (titled “Someone Ended the Room About Farrakhan,” spawned from another room that was shut down) included praise of Hitler, and conspiracy theories about Jewish people running the slave trade, and comparisons of Jewish people to termites.

The moderated conversation took place on Wednesday. By Thursday, Stanfield participated in another Clubhouse room run by a panel of Jewish educators, where he admitted the prior discussions that included anti-Semitic remarks became “derailed.”

“It’s been a crazy couple 48 hours,” he said in the follow-up chat on Thursday. “I’ve been in a couple rooms where a lot of shit has been discussed and talked about, very heightened emotional states. It’s been very enlightening and interesting to me, I never really knew that this debate existed in this way about identity, the origins of Judaism in Jewishness, and how many different interpretations there are different things, whether or not it’s a religion and ethno-religion or what it is a faith race.”

Explaining what happened with the conversations that took place on Wednesday, he added, “Someone would say something that was without a doubt anti-Semitic… and then instead of acknowledging why it was anti-Semitic, it would just go back to that original person, and then it would kind of repeat what they were saying, they clearly weren’t listening to us.”

Stanfield has 79,000 followers on Clubhouse, which has been criticized for not filtering hate speech. Farrakhan has insisted he is not an anti-Semite over the years, but his speech has been condemned by the Anti-Defamation League.