The battle about where to celebrate Christmas took over Thursday's episode of Keeping Up with the Kardashians as the famous family ran into conflict when trying to come to an agreement on where to ring in the big holiday.

Elsewhere on the show, viewers watched as Scott Disick had an emotional reunion with his late parents' longtime friend, Uncle Dave.

However, the most shocking part came at the very end as fans caught a glimpse of how the Kardashian/Jenner clan is coping during the ongoing coronavirus (COVID-19) pandemic in an explosive teaser.

In the footage, Kim Kardashian West is seen supporting her husband Kanye West's Sunday Service at Paris Fashion Week when the trailer transitions to showing Kim, 39, walking alongside former federal prisoner Alice Marie Johnson as she learns about the severity of the global health crisis.

"The White House said that the coronavirus is serious," Kim says.

The trailer then shows Khloé Kardashian wearing a mask as Kris Jenner looks out the window longingly after being notified of the Los Angeles stay at home order.

"I'm starting to get a little stir crazy," Scott, 36, says in a different scene as the family begins to get used to their new normal.

"This is what my homeschool looks like," Kim says as she records her kids North, 6, and Saint, 4, running wildly throughout their home.

Things then take an unexpected turn when Kylie Jenner reveals someone close to their family has tested positive.

"It's just scary when someone so close to home has tested positive," Kylie, 22, says.

Later on what appears to be a Zoom call, Scott asks Kris, 64, and Kim if Khloé, 35, has slept with her ex-boyfriend Tristan Thompson as they are social distancing together to be with their 2-year-old daughter, True.

The statewide lockdown proves to take a toll on the family as Kris is later seen crying out for Khloé.

"Khloé, I miss you. I wish I could hug you," Kris says from her closet, appearing to be on a phone call.

"I miss you too," Khloé tearfully says back.

The teaser also gives fans a glimpse of what the family has been doing while self-isolating, showing Kim kissing Kris through a window while Khloé dances with baby True at her home.

"We're all going to get through this," Khloé says, concluding the teaser.

Ahead of the trailer, episode 6 saw Kourtney, 41, compromising on how the family celebrates Christmas morning and Kim revealing to Kris that she can't host the annual holiday party this year.

"I am breaking up with the Christmas Eve party. I can't do it this year," Kim tells her mom while at Kourtney's house for a Poosh event.

"What do you mean you can't? You were so excited to get that in the first place. That was an honor for me to pass it down to you," Kris says back. "Do you know how emotional that was for me?" Kris tells Kim, who says: "Do you want it back?"

While Kris enjoyed hosting the bash over the years, she shares she can't take it on as she's "exhausted" and "older."

At a sit down dinner with the rest of the family later on in the episode, Kris suggests Kourtney host the party.

"There's nobody that loves Christmas as much as me except for Kourtney. So, I think she's the perfect candidate," Kris says.

Kourtney happily takes on the task, but refuses to let younger sister Kylie have Christmas morning at her house after Kris suggest that it might be too much for Kourtney to host Christmas Eve and morning.

"I'm not not doing Christmas morning. That's what I care about. Kylie's will be too over-the-top. She'll have a chef. I don't want that … I like a homey Christmas vibe," Kourtney says.

Kourtney shares in a confessional interview that it's been a long-standing tradition to do Christmas morning at her house as she likes to have everyone over, dressed in pajamas.

In the next scene, the family sits down with celebrity event planner Mindy Weiss and fills Kylie in on Kourtney's plan to keep Christmas morning at her house.

"Kourtney is not giving this up," warns Kim.

"It really means a lot to me, and I would love to keep it at my house," says Kourtney. "More than the party, I don't care to have the party at my house, but I'm happy to if you guys want it there."

"I know no one agrees and no one cares, but I'm going to do my Christmas morning at my house and then meet you guys," Kylie says, explaining that she wants her 2-year-old daughter Stormi with ex Travis Scott to experience Santa Claus visiting her home.

Kourtney later agrees to let everyone spend their Christmas morning at their respective homes and that they will later reunite for a brunch at her home.

"Santa will visit everyone's houses and then everyone will meet at my house around 10 a.m." Kourtney explains.

Kourtney ultimately pulls off both the Christmas Eve party and morning celebration and her family praises her for being so giving.

"I feel bad for picking on Kourtney because she really stepped in. She saved Christmas Eve when Kim wouldn't do it and as much as we're going in on her about all the things that we need — she's actually being really open to everything and wanting to make everybody happy. That's a really great sign and really nice of her because we're kind of f—ing annoying," Khloé says alongside Kris.

After the big party, Kourtney shares, "[It] couldn't be more special. I just had so much love and warmth."

Kim reveals the party was very intimate and that they didn't allow any camera or filming crew to be present.

"I think everyone finally left the party at midnight and I was up until 3 a.m. setting up the tables, the food, making the kitchen look perfect with everyone's request. It was a lot but I love it," Kourtney says of Christmas morning.

Kourtney also admits that she enjoyed having her own morning before celebrating with the rest of her family. "I loved it," she says.

Also on the show, Kim encourages Scott to reconnect with his Uncle Dave, who he hadn't seen in about five years.

Dave decides to visit Scott and Scott's children — Mason, 10, Penelope, 7, and Reign, 5 — whom he shares with Kourtney.

Scott then hosts a family dinner and Kim asks Dave to share memories of Scott's childhood. During the dinner, Dave shares that he spent a lot of time with Scott's parents, who died in 2013.

"I was always at their house. They couldn't get rid of me," Dave shares.

Seeing Dave appears to be emotional for Scott, who excuses himself from the table as Kim talks about her memories of his mother, Bonnie.

"The first three years after my dad passed away, I could not even talk about my dad. I would be on the verge of tears at any moment, but the more I got comfortable talking about him, it brought me comfort. I wish Scott didn't get like this. I wish he would either talk about how he's feeling or I think the more he does talk about his parents the easier it will get. It's fun to talk about memories. You don't want your parents to disappear," Khloé shares during a confessional.

Back at the dinner table, Dave shares he feels it was hard for Scott to stay in touch because he reminded him of his parents.

Dave also brought a box of photo albums with him on his trip to visit Scott. The Talentless founder looked through the albums with Reign and grew more comfortable with the idea of talking about his past.

"I think when my parents passed, it was just too hard to talk about and as much as I kind of was dreading looking through some of these old photos  — because I thought it was going to bring up sad memories —I'm happy Dave brought them with him," says Scott.

"The truth is, it's brought up so many amazing memories and so many things I forgot," he adds.

Season 18 of Keeping Up with the Kardashians will return with new episodes in September. 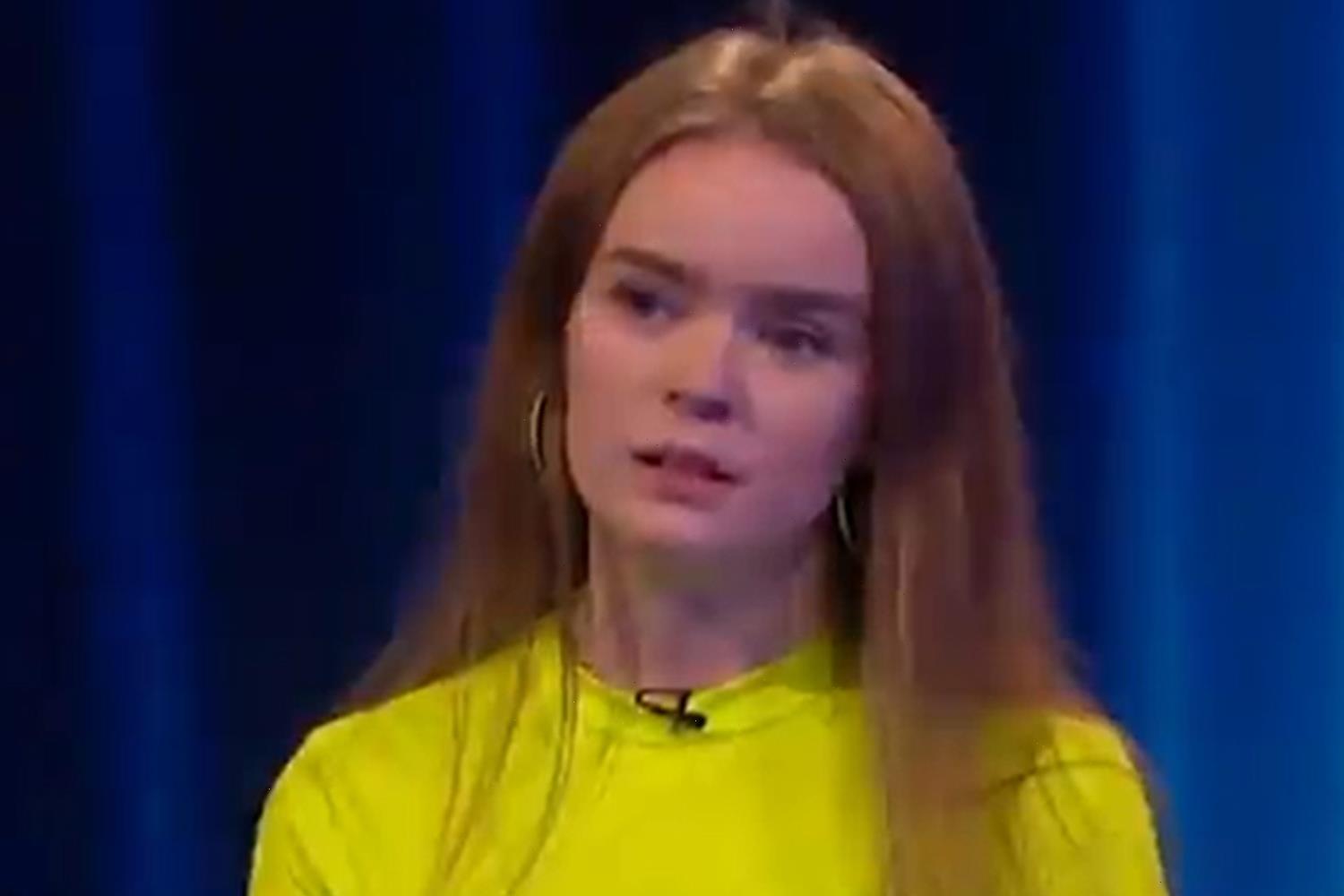