The actress looked just like the late royal with bright, blonde hair in the debut trailer for the upcoming biopic.

Kristen Stewart, 31, gave fans a taste of her British accent in the debut trailer for Spencer, which was released on Thursday August 26. The trailer is the first for the Pablo Larraín-directed Princess Diana biopic, which is set to hit theaters on November 5. The end of the trailer gave the first glimpse into what Kristen’s impression of the late royal sounded like, when she responded to a line from actress Sally Hawkins.

The biopic is inspired by three days in the princess’s life, as she navigated the difficult decision of divorcing Prince Charles, who is played by Jack Farthing. “During her Christmas holidays with the royal family at the Sandringham estate in Norfolk, England, Diana decides to leave her marriage to Prince Charles,” a synopsis on IMDb explained. The trailer depicted Kristen as Diana alongside other royals preparing for the holidays, and it also showed Kristen in gorgeous dresses, modeled after ones Diana wore.

The only line of dialogue that Kristen said in the trailer came at the very end. Sally told Kristen’s Diana, “They know everything.” Kristen’s lone line in the trailer was: “They don’t.” Albeit very briefly, it did give fans a taste of what the actress’s British accent will sound like in the film. 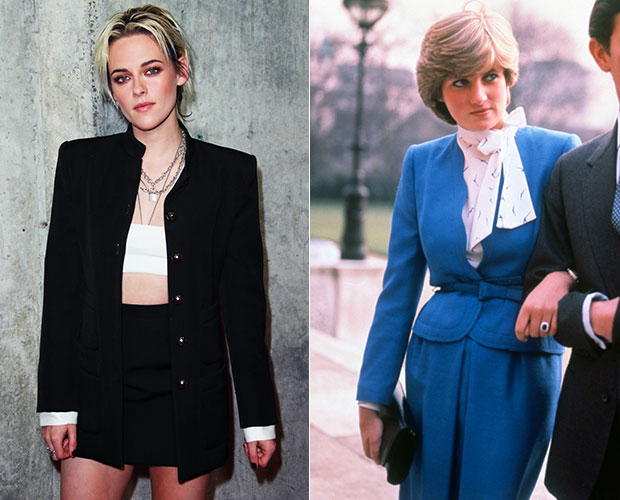 Kristen started working on the accent she would use months before shooting the film. She explained that voicing a person as iconic as Princess Diana put a lot of pressure on her in an October 2020 interview with InStyle. “The accent is intimidating as all hell because people know that voice, and it’s so, so distinct and particular. I’m working on it now and already have my dialect coach,” she said at the time.

Other than working on the accent, Kristen also told InStyle that she’d also read “two and a half biographies” about Diana and hoped to play the part well. She said she “want[ed] to know [Diana] implicitly.” Other than reading, the Twilight star also said that she looked to another popular dramatization of Diana for inspiration. In November, Kristen told The Wrap that she had watched Netflix’s The Crown to get ready.