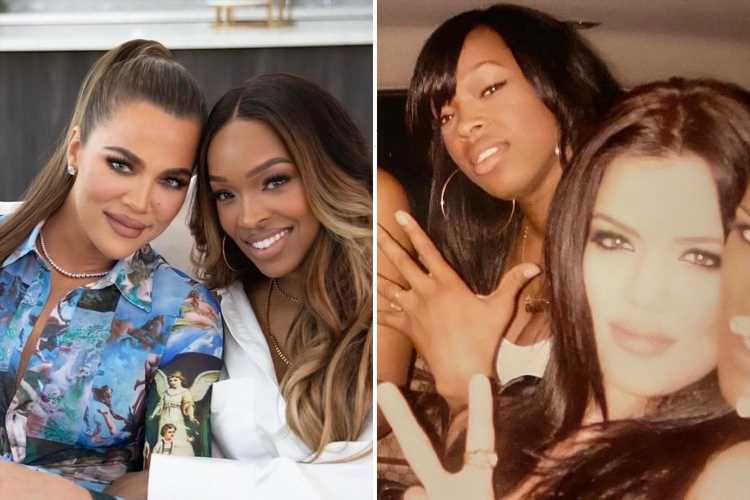 The Keeping Up With the Kardashians star has been slammed repeatedly for photoshopping her pictures and having plastic surgery. 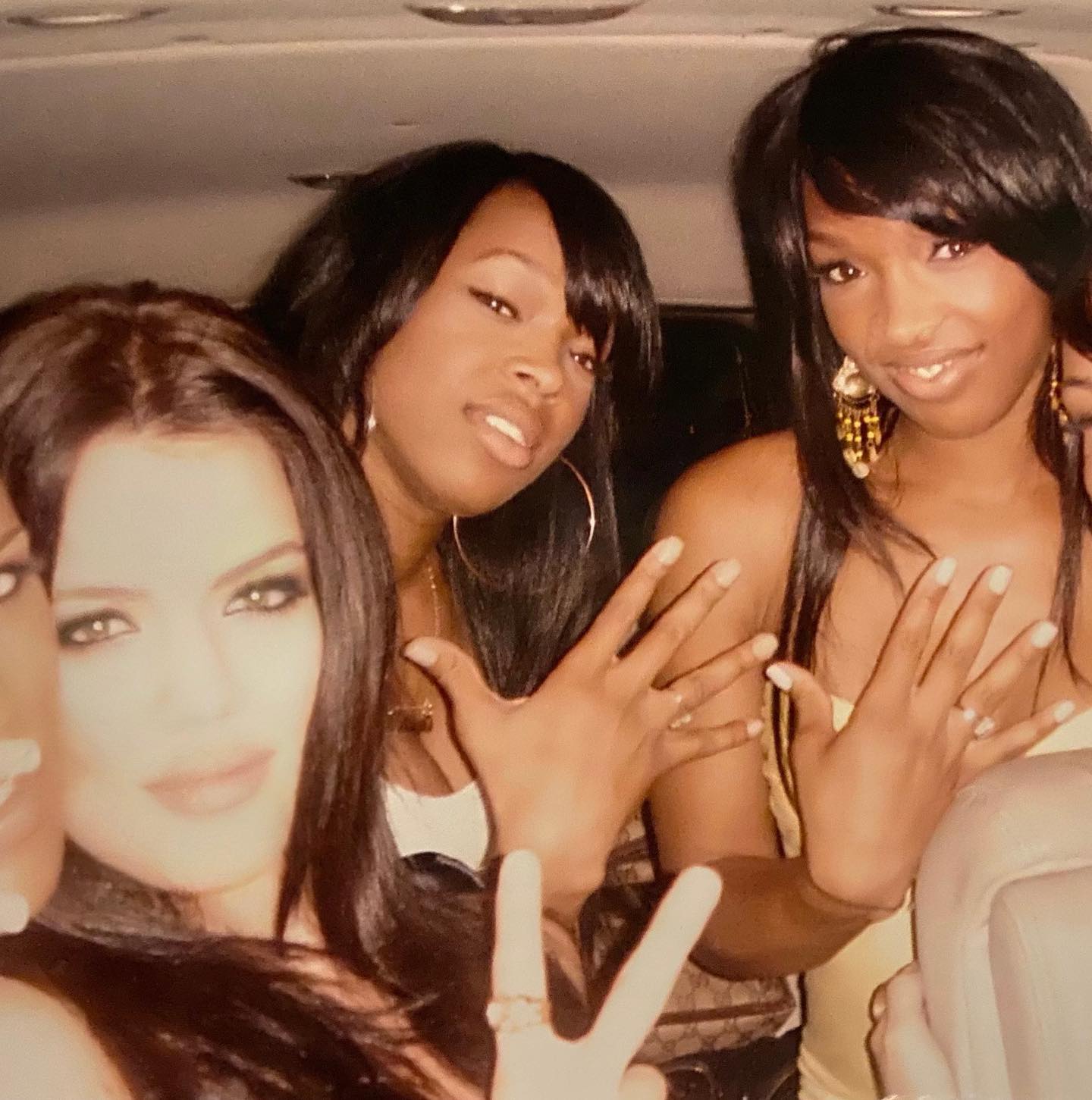 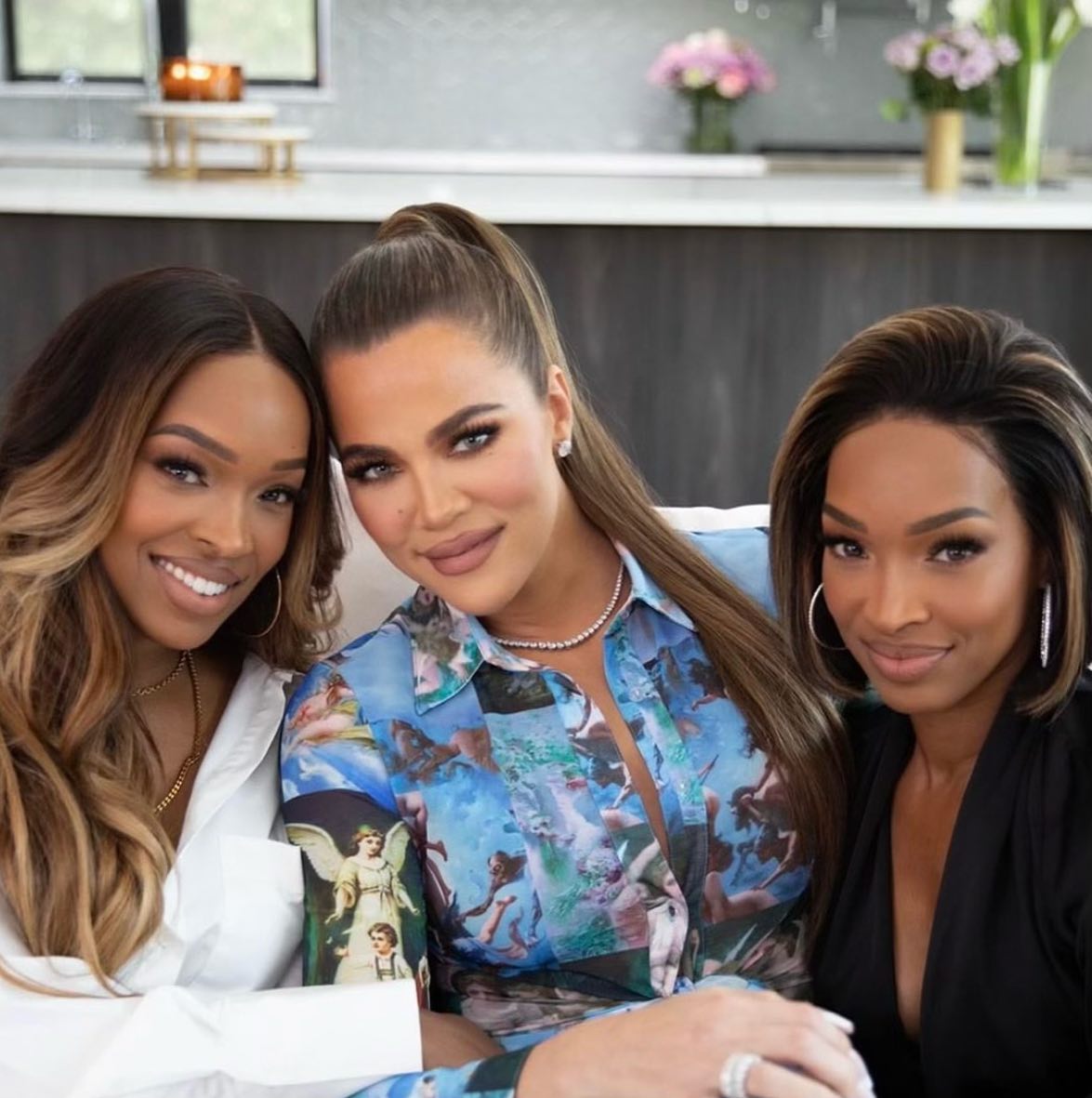 On Thursday, Khloe shared a series of throwback photos showing off her longtime friendship with twins Malika and Khadijah.

In the first photo, Khloe appeared to be in the back of a car with the duo, making the peace sign with her fingers.

Another throwback photo showed the mom of one wearing a red hat and her hair in long braids as she posed with the sister duo.

She also shared a few more recent photos, including one of her sitting between the siblings in a shirt covered in what looked like angelic art.

Khloe gushed about the birthday girls: "Happy birthday my besties!!!!

"Screaming happy birthday to my girls!!!! Since the moment I met you girls we just clicked. We just get one another. We became triplets and we never looked back."

She went on: "I pray today and every single day you ladies know how loved, respected and adored you are! You girls are magic and you prove that every single time you walk into a room.

"The room lights up! I light up because of my girls. You are my happy place, my refuge. I love you!"

She concluded: "Until the wheels fall off and even after that I'm screaming Happy birthday!!!!!"

Fans flocked to the comments to wish Khloe's gal pals a happy birthday, but also to discuss how much the star has changed.

"Wow you guys are still so pretty," one commenter wrote.

Another added: "Boy you can see the difference in her chin in these pics."

"Loooool the throwbacks love it!" another fan commented.

Khloe is no stranger to comments about her appearance.

During a recent interview with Variety, the Good American founder confessed that it's challenging to deal with constant comments on her looks.

She also maintained that she's had a "positive impact" on beauty standards.

The Keeping Up With the Kardashians alum told the outlet: “I would like to think that I’ve had a positive impact.

“I would like to think that I’ve made people feel more inclusive and more seen.”

She then argued that she tries to be inclusive with her clothing brand Good American.

Khloe said: “I’ve really fought — the department stores that carry my brand, they’re not allowed to stop at sizing; they have to carry the full-size range, which is a 00 to a 32.

"And you can’t separate them on the floor; they all have to be put together, so there’s no segregating different sizes or anything like that.”

She continued: “I hope it’s made women feel better about the shopping experience that they don’t have to go to different departments, if you are in a certain side range.

“We were also one of the first brands to have three different size models on our websites. This is really what we believe. It’s the ethos of the brand.”

Khloe admitted it was "really hurtful" to have people constantly comparing her looks to her sisters’ when she was growing up.

She shared that she and her sisters have noticed that fans are more “vicious” toward her.

From her looks to her relationships, she told Variety it’s been extremely difficult to deal with the negativity.

"When I was younger, always being compared to my sisters in a way where I can’t be related to them because we look different,” Khloe said.

She added: “It was always emphasized that they were so much prettier. And that’s just really poor taste.

“Those things were definitely really hurtful, just to always be compared to them, especially in the fashion or beauty world comparing our bodies or faces.”

She added that she tries to always “spread positivity on my platforms.”

Through the years, Khloe has confessed to getting lip fillers and she's openly said she may have got some cosmetic work done and later admitted that she had a nose job.

However, the internet analyzes Khloe's appearance every time she shares a selfie where she looks even remotely different than in other previous photos.

Experts previously told Insider that the changes to the KUWTK star may be a mixture of surgery, weight loss and photo filters. 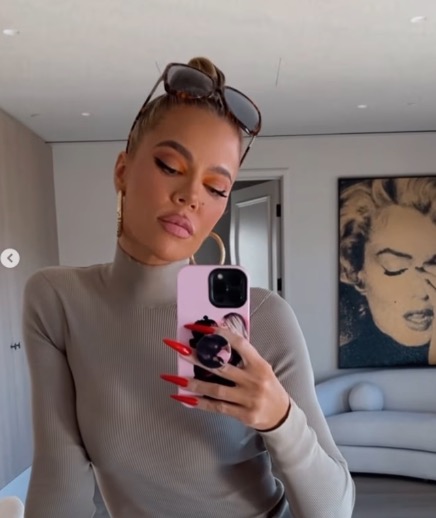 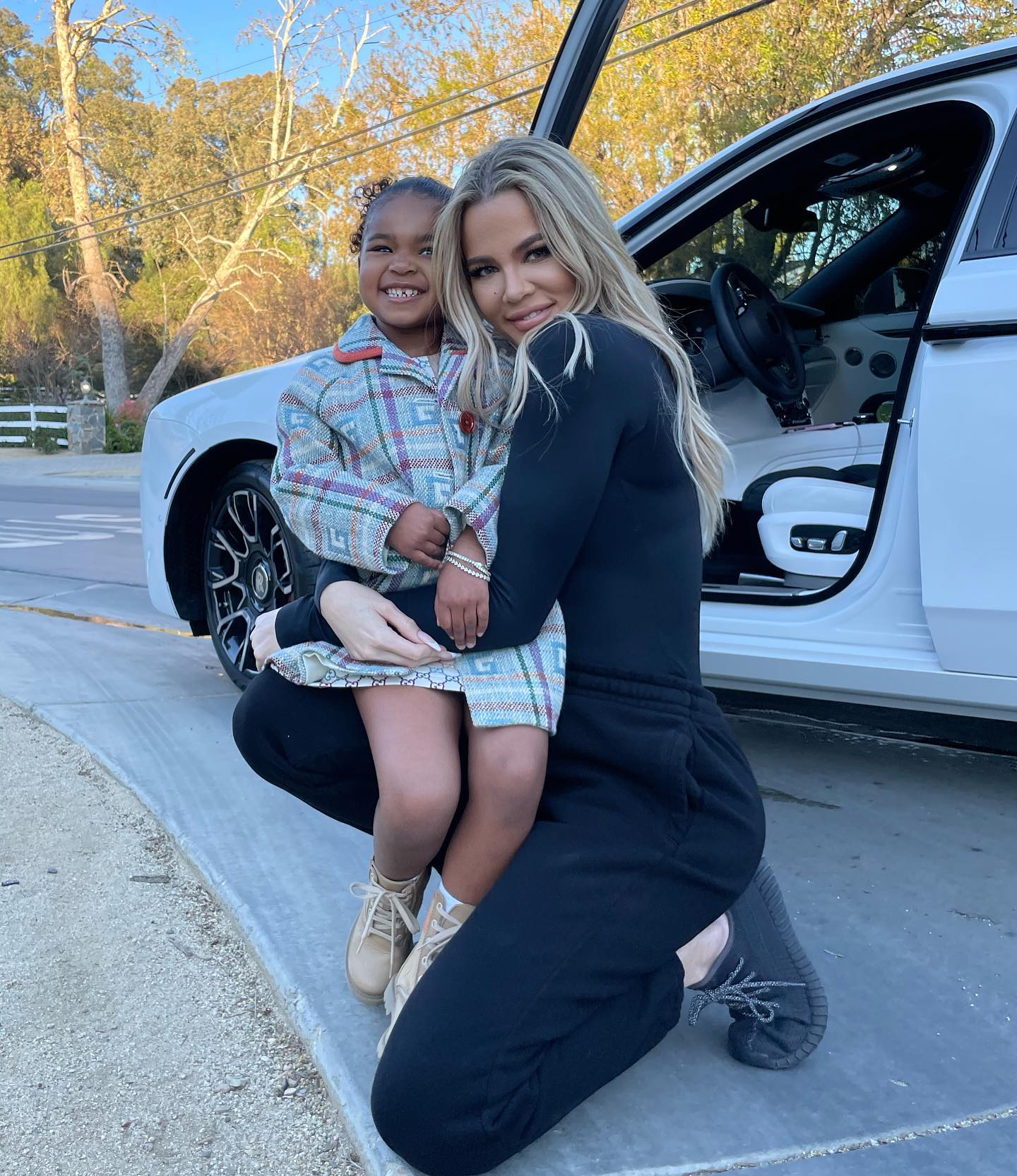 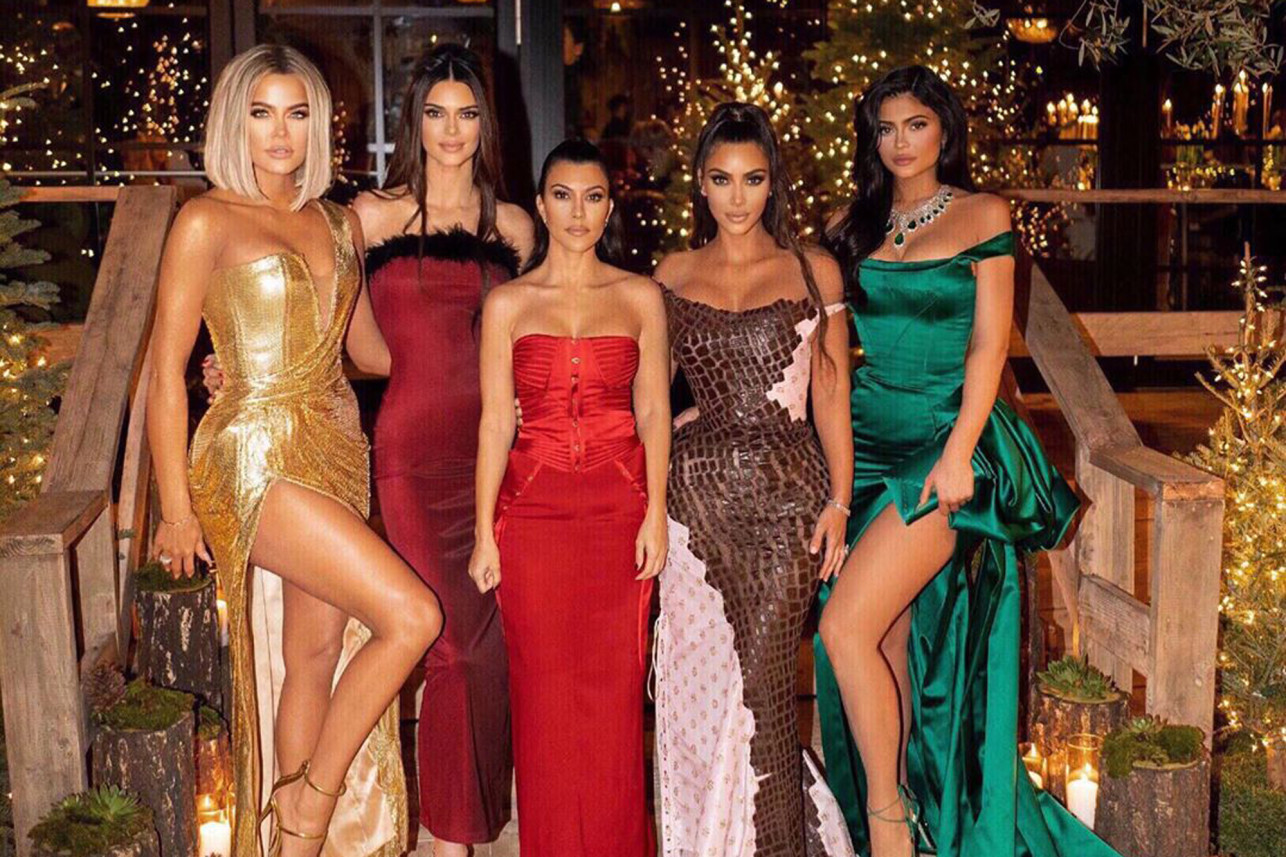